Plant experts returning to Nunavut, this time to Arviat

“For us, we haven’t visited or done a lot of fieldwork at all in the Hudson Bay area” 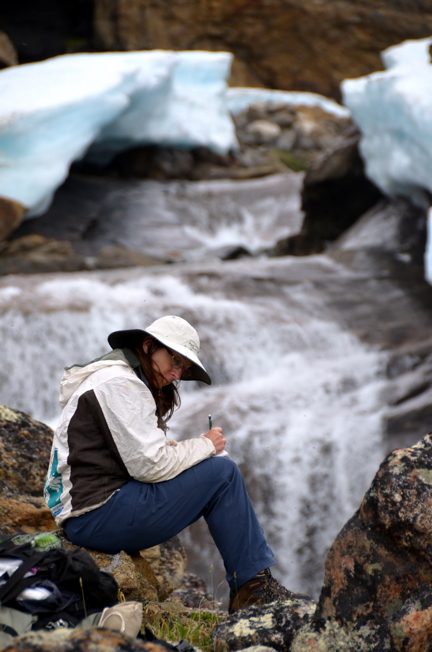 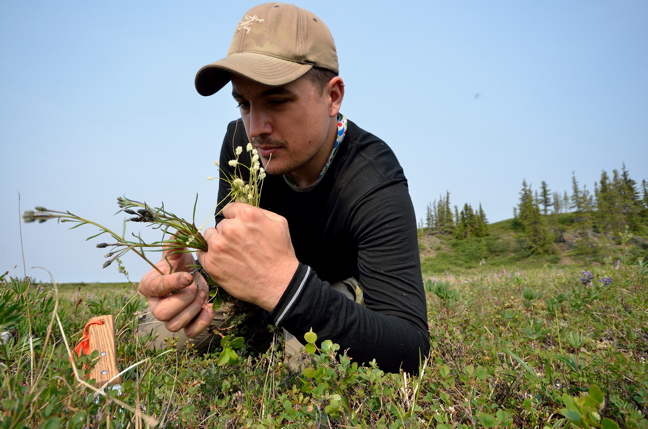 Scientists at the Canadian Museum of Nature in Ottawa know better than to leave the Arctic alone.

That’s because, in many ways, the North is still a work in progress for botanists to fully-document the many types of plants living above Canada’s tree line.

For the next month, a group of scientists from the museum will travel around the community of Arviat, collecting samples to grow their collection.

It’s the team’s fourth expedition in recent years — following visits to the Coppermine region, Tuktut Nogait National Park in the Northwest Territories and Victoria Island — as part of a multi-year project to document Arctic flora.

“We’re looking forward to see some of the plants that are more characteristic of the Hudson Bay coast,” the Canadian Museum of Nature botanist, Dr. Lynn Gillespie, told Nunatsiaq News June 29.

Gillespie estimates the team has gathered about 700 to 800 collections every trip, translating to about 250 total species catalogued, but she says the region around Arviat is especially promising because it’s largely undocumented.

“For us, we haven’t visited or done a lot of fieldwork at all in the Hudson Bay area. This area will be quite new to us. It’s also an area that hasn’t had a lot of botanical work,” she said.

“It’s an area that may have been separated a bit [from its neighbors] during post-glaciation. It’s just a little different from the area further north and further west,” she said.

The post-glacial period for Canada began about 10,000 years ago, when the large glaciers covering North American receded.

That process created many of the river and lake systems so abundant around Arviat and the southern regions of the Kivalliq and northern Manitoba.

Combined with cooler weather patterns produced by Hudson Bay, the region is rife with unique plants that adapted to the area’s climate.

So what are the potential gains for Nunavut in this research?

Gillespie says it’s important to understand what we have now to prepare for the future.

“The baseline is to try and understand, for the future, how the plants may be changing based on climate change. If we don’t know what we have than we can’t figure out if it’s changing,” she said.

“Plants form the basis of the food chain for many animals, especially the caribou.”

Lichen, a type of fungus and floral hybrid found on rocks, is one of the main dietary staples for caribou in wintertime.

To that end, the team is bringing along a lichen specialist — and yes, it’s called a lichenologist — to better understand and document the plant around Arviat.

Gillespie speculates if environmental factors impact the availability of lichens, it could influence the caribou indirectly.

“If those start to change than the whole caribou migration may change as well,” she said.

Currently, the Kivalliq region is home to part of the migratory path for the Qamanirjuaq herd — the second largest caribou herd in North America.

That herd has seen significant decline in recent years, although the cause may not be environmentally related.

But that’s only one of many uses for the samples collected by Gillespie and her team.

The information they gather will be available for scientists, students and universities to study.

As for what she expects to document, Gillespie says she won’t know until she gets there.

“We never know what we’re going to find… That’s always been the really nice surprise,” she said.

Gillespie and her team begin their trip to Arviat June 30.