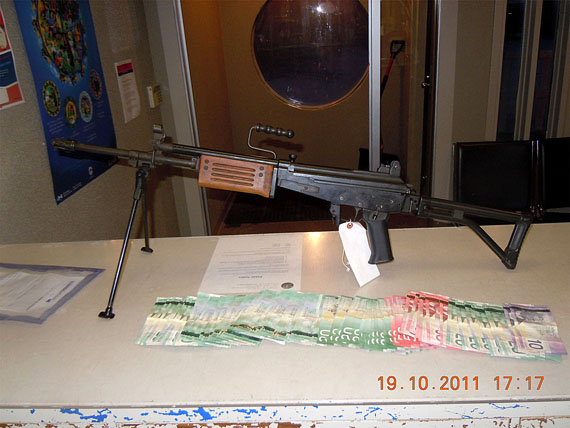 Here’s a look at the stolen Israeli assault rifle seized by the RCMP Oct. 19 in Pangnirtung. (PHOTO COURTESY OF THE RCMP)

The rifle, a Galil model 372, belongs to a group of light military firearms first designed and manufactured in Isreal during the late 1960s.

Members of the RCMP in Pangnirtung found the rifle Oct. 19 when they executed a search warrant authorized under the Controlled Drugs and Substances Act at house 572.

The rifle had had been previously reported stolen, the news release said.

Simeonie Nauyuq, 37, of Pangnirtung has been charged with several firearms related offences under the Criminal Code and possession of stolen property.

Nauyuq is scheduled to appear before the Nunavut Court of Justice in Iqaluit on Feb. 28, 2012