Precious links to Nunavut’s past head to Winnipeg gallery

“One of the most significant public collections in the world” 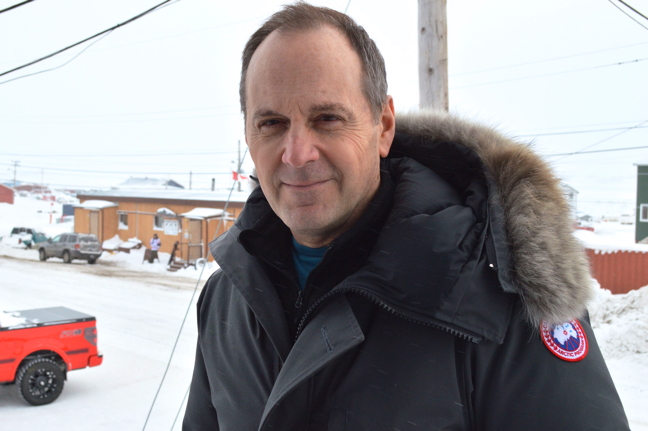 Winnipeg Art Gallery CEO and director Stephen Borys in Iqaluit putting the finishing touches on a deal that will transfer about 8,000 historic artifacts from their current storage place in Yellowknife to the WAG. (PHOTO BY STEVE DUCHARME) 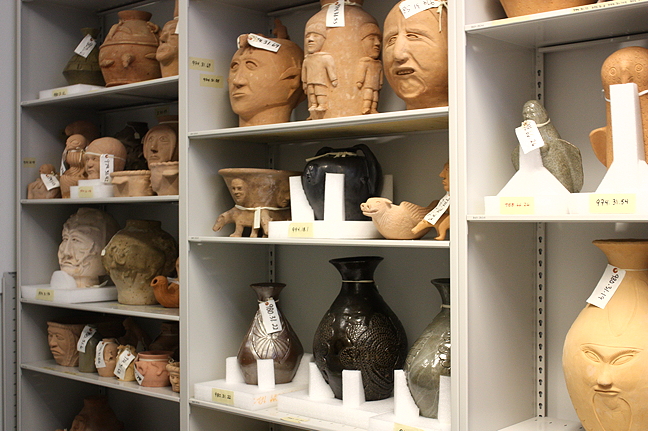 Some of the Inuit art and artifacts currently being housed at the Winnipeg Art Gallery. (PHOTO BY STEVE DUCHARME)

The Winnipeg Art Gallery will soon house a priceless collection of Nunavut artworks.

But museum officials there say they are merely caretakers until Nunavut creates a facility capable of housing them on its own.

The collection, some 8,000 pieces of Nunavut art spanning roughly 70 years, is en route this month to Winnipeg from the Prince of Wales Northern Heritage Centre in Yellowknife.

“It’s truly an honour and a privilege to be working with the people of Nunavut and the government on this,” WAG director and CEO Stephen Borys recently told Nunatsiaq News.

“The fact they have entrusted us to care for their collection… it’s opened up a whole new set of options and ways for us to engage the North.”

The transfer south is part of a deal negotiated between the governments of Manitoba and Nunavut to store, exhibit and document the collection.

The dream, Borys said, is to see that art return to Nunavut one day. But until the Government of Nunavut builds a heritage facility of its own, the repatriation date for the artifacts remains unclear.

Both the Manitoba and Nunavut governments each contributed $500,000 to move the GN collection to the WAG, under a five-year contract that will probably be extended, according to Borys.

“It’s more likely we will be extending that term. At the last meeting with the premier [Peter Taptuna], they looked at that. Five years seems like a long time but its really not,” he said.

Meanwhile, this deal with the WAG should save the GN some money.

Nunavut currently pays about $1 million a year to rent facilities in Yellowknife and Ottawa to store its vast collection of 150,000 cultural and historical artifacts.

Borys said Taptuna did not indicate when a Nunavut heritage centre could be built.

“He certainly gave an idea of the many perspectives that will go into defining what is a heritage Inuit cultural centre. They thought it would happen and 16 or 17 years later [it hasn’t],” Borys explained.

While Nunavummiut wait for spades in the ground, the current collection on its way to Winnipeg will undergo the first ever extensive modern cataloging in their history.

And even at first glance, the collection is already providing priceless insights into the early era of commercial Inuit artwork for gallery curators.

“This collection has significant holdings in Rankin Inlet ceramics and there’s really no public institution that has them [extensively],” he said.

A distinct green glaze discovered on some early ceramics from Rankin Inlet is already rewriting the history books in terms of what historians thought Kivallirmiut were producing in the mid-twentieth century.

“We didn’t think they were doing glazes until the nineties. But they were, thirty years before,” Borys indicated.

WAG curators have an unprecedented opportunity to compare the new art with more than 14,000 Inuit artifacts already in their archive.

That comparison, said Borys, will give researchers more room to explore individual communities and the local issues and themes expressed in the art.

“I pulled open drawers where I’ve seen some thematic overlaps… but there’s really no theme that’s connected to Inuit cultures that’s not been explored [in the GN collection],” he said.

Borys expects the GN collection to take centre stage once the new Inuit Art Centre is completed adjacent to the WAG in downtown Winnipeg.

The $65-million project has faced several delays since 2010, but WAG directors are confident that construction of the building will get underway by 2017.

“At the stage we’re at with our fundraiser, I feel confident it’s going to happen. I don’t see it as delays but more as a chance for us to refine the program,” Borys said.

The new facility will allow more outreach to Indigenous students and scholars who want to study Inuit art in a modern facility.

And with the addition of the GN collection, the WAG is already looking into training students for work in Nunavut.

“We expect that through Canada Works and work-study programs, and some of the GN programs, that over the next year, beginning as early as next summer, we would be bringing some [Indigenous students] in,” Borys said.

“It’s going to benefit the next generation of people [in Nunavut].”

Although the GN collection hasn’t fully arrived in its new southern home, Borys isn’t ruling out augmenting current exhibits with the new artifacts.

And new international exhibits in France scheduled for November may also contain some of the GN collection.

Inuit art deserves to take its rightful place on the international stage and the WAG is happy to facilitate that, Borys said.

“[The artwork] represents what I’d like to think is one of the most significant public collections in the world,” he said.

The Prince of Wales Northern Heritage Centre said in a background document that after the transfer the of artwork to Winnipeg, the facility will continue to house many Nunavut artifacts.