Protect at least half of northern Quebec, researchers tell Quebec

Plan Nord should be “focused and based on sound science” 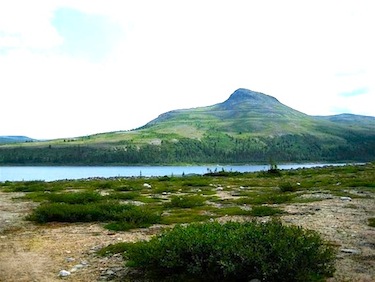 Mount Pyramid lies within the proposed boundaries of the Ulittaniujalik provincial park project — a cornerstone in Quebec’s plan to protect 50 per cent of lands above the 49th parallel in Quebec by 2035. (FILE PHOTO)

A group representing 750 international researchers wants Quebec to protect at least 50 per cent of northern Quebec from industrial development.

In their letter, submitted during the recent public consultations on Plan Nord’s land protection plan, the researchers said it’s important for the whole world to move ahead with safeguarding lands from development.

“Although most of us are not from Quebec, in our capacity as members of the international scientific community, we believe that this commitment deserves public support,” they said.

Plan Nord could become a model for other development plans throughout the world, they said.

Plan Nord is supposed to protect 50 per cent of the lands north of the 49th parallel from industrial development, such as hydroelectric projects and mining.

As part of Plan Nord, Quebec says it will set aside 12 per cent of those lands, park reserves or protected areas by 2015.

By 2020, Quebec plans to designate five per cent of the region as natural land reserves.

The researchers said decisions on conservation and development made under Plan Nord should be “focused and based on sound science” and guarantee the “long-term viability of the northern ecosystem.”

According to a recent survey conducted by Leger Marketing, 81 per cent of people in Quebec want at least 50 per cent of northern Quebec to be protected.

The Canadian Boreal Initiative has also endorsed the researchers’ recommendations.

“It is beautiful and unusual for the science, the will of the public and government policies to all be in agreement,” Suzann Methot, Quebec director of the Canadian Boreal Initiative said in a Nov. 11 news release. “If the government remains on course and adopts these recommendations, we will have truly created a precedent that everyone in Quebec can be proud of.”

The public consultations, which wrapped up Nov. 11, also heard from Quebec’s mining association, which asked for a “reversible” approach to land protection under Plan Nord.

The park is supposed to protect lands in and around the George River plateau, about 120 kilometres south of Kangiqsualujjuaq, and shelter this region from some of the huge mining and mineral development projects expected to roll out of Plan Nord.