According to Baffinland’s website, Mary River is “one of the most isolated mining sites in the world and the first large open pit mine within North America at this latitude.” Hearings into how the iron mine’s new phased-in approach fits into the North Baffin Regional Land Use Plan begin Jan. 7 in Clyde River and continue through the week in Grise Fiord, Resolute, Arctic Bay and Pond Inlet. (BAFFINLAND.COM PHOTO) 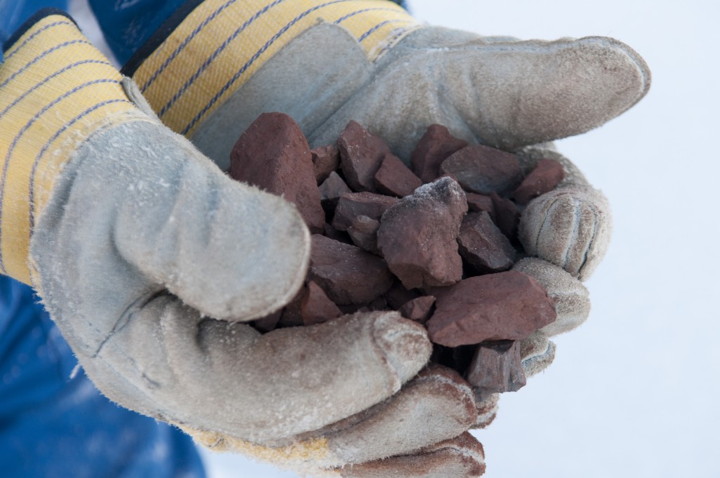 The Nunavut Planning Commission will hold public hearings this week in Clyde River, Grise Fiord, Resolute, Arctic Bay and Pond Inlet to allow members of the public to share their views and concerns about Baffinland Iron Mine Corp.’s scaled-down iron mine proposal in north Baffin.

“Feedback received during the Public Review will be used to assist the NPC to determine whether the [early revenue phase of Mary River] meets the information requirements of Appendices J and K of the North Baffin Regional Land Use Plan, and whether to recommend an amendment to the land use plan,” the NPC said on its website.

After years of hearings, technical meetings, public input and thousands of pages of material describing the scope of the Mary River iron mine south of Pond Inlet and its potential impacts on the land, water, animals and people, the proponent, Baffinland, finally got a project certificate to go ahead with the mine in December 2012.

Weeks later, Baffinland announced that because of slumping steel prices, they would be scaling back their proposal to a phased-in approach that would involve temporarily postponing construction of the railway to Steensby Inlet and the year-round port there.

Instead, they would ship only 3.5 million tonnes of ore a year out of Milne Inlet, as opposed to 18 million tonnes, and only between July and October.

This is referred to as Baffinland’s Early Revenue Phase (ERP) and includes, according to NPC documents, “upgrades to the Milne Inlet Tote Road, new permanent project facilities at Milne Inlet and increased truck traffic and shipping traffic transporting iron ore from Mary River Mine Site to markets overseas.”

The potential for greater, or at least different, impacts in those areas, prompted a new round of public consultations. For the NPC’s part, it must examine whether the revised transportation corridor complies with the North Baffin Regional Land Use Plan. After that, the NIRB must consider, again, the wider potential impacts on the marine, land and social environment.

The land use hearings this week were supposed to be handled jointly by the NPC and the Nunavut Impact Review Board but instead, these hearings will be chaired by the NPC alone.

In a series of letters between the NIRB and the NPC in late November 2013, the NIRB expressed its intention to pull out of the hearings because the board felt it had not been properly consulted on the format, procedures and rules of the hearings.

For one, the NIRB preferred “information sessions” rather than full blown hearings, and the board also felt there had not been enough public notice of the hearings given to “community organizations in the North Baffin, to the Government of Nunavut, or to the general public.”

While acknowledging these omissions, “may have been the result of inadvertence, it does not change the fact that this complete lack of communication has significantly limited the Board’s ability to participate in a meaningful way in the collaborative conduct of the joint review,” wrote Ryan Barry, the NIRB’s executive director, in a Nov. 22 letter to the NPC.

Despite these “regrettable developments,” the NIRB remains committed to a joint review of the transportation corridor application associated with Baffinland’s ERP proposal, the letter concludes, and it will continue soliciting public input and sharing information with the NPC.

When contacted by Nunatsiaq News, Barry downplayed the dispute.

“The NPC and NIRB have different rules of procedure which they must follow when fulfilling their respective responsibilities and this led to the NIRB being unable to participate directly in the NPC’s scheduled hearings,” Barry wrote in an email.

“However in no way do we feel this would hamper the NPC’s success in facilitating these sessions or the timeliness of either the NPC-NIRB joint review of the transportation corridor application or the NIRB assessment of the full early revenue phase proposal.”

In an email to Nunatsiaq News Jan. 7, Sharon Ehaloak, executive director of the NPC, said the NIRB’s absence from the hearings this week will have no bearing on the quality or outcome of the consultation.

“Furthermore,” she wrote, “the NIRB remains a partner to the wider [North Baffin Regional Land Use Plan] public review; they don’t need to be at the hearing for the NPC to access the information the NIRB has gathered in its review process.”

However, she is more pointed in a Nov. 24 letter to Barry. In that letter, Ehaloak defends the NPC’s actions saying it was the commission’s job to take the lead in the process and so it applied its own criteria as a result.

She told Barry public hearings are necessary because the “information sessions” that the NIRB had previously conducted for the railway, “merely informed the public that the NPC and the NIRB were reviewing the amendment application,” and thus didn’t allow Inuit and other members of the public to “meaningfully participate” in the process.

“The NPC is of the view that greater public involvement in the review of the ERP is necessary to satisfy the NPC’s express and implied obligations in the Nunavut Land Claims Agreement to act in the public interest,” Ehaloak wrote in the letter.

The low-level tiff between the two organizations highlights the continuing convoluted nature of development in Nunavut which requires complex approvals from a variety of boards that have specific jurisdictional responsibilities under the land claim.

For years, the Nunavut Government, Nunavut Tunngavik Inc. and the Government of Canada have tried to streamline the process.

In June 2013, the federal Northern Jobs and Growth Act received royal assent and included within it, the Nunavut Planning and Project Assessment Act, which is meant to make the review process “more efficient and predictable.”

The problem is, the NIRB and NPC say they don’t have enough money and capacity to achieve the federal government’s goals.

In January 2013, NIRB and NPC representatives told a House of Commons committee that they were already stretched to the breaking point with current responsibilities to take on new tasks involving, among other things, translation and access to information obligations.

Those wishing to attend the public hearings this week in north Baffin can find a schedule of times and places here.

While the NPC encouraged participants to give prior notice if they wanted to speak and submit their written comments in advance, time has been set aside on each day’s agenda for oral comments from the public. The NPC’s rules of procedure for the hearings can be found here.