Dance and acting workshops run each weekend, free, for youth ages 11 and up 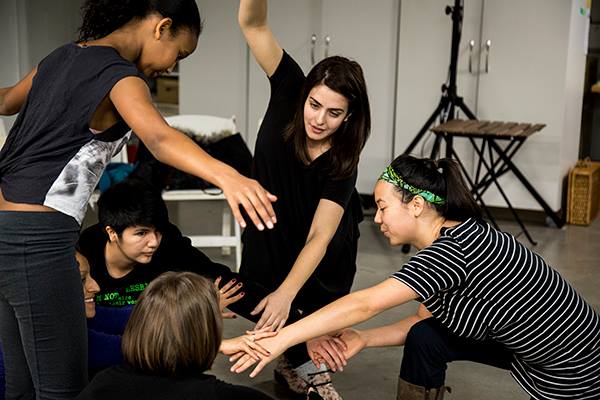 Nunavummiut teens take part in a Qaggiavuut movement workshop. The arts organization is hosting a series of acting and dance workshops for youth in Iqaluit this fall and winter. (PHOTO COURTESY OF QAGGIAVUUT)

Nunavut’s Qaggiavuut Society is inviting youth to take part in a new series of acting and dance workshops in Iqaluit this fall and winter.

The arts group will host the workshops on weekends starting Oct. 21, the organization said in an Oct. 18 release.

The series will be led by performing arts educator Julia Hune-Brown from the Toronto-based Jumblies Theatre. She’ll co-facilitate the workshops with Inuit performer Jerry Laisa, who just completed four months of touring in a national musical theatre production.

Qaggiavuut has expanded its reach with the help of the $600,000 Arctic Inspiration Prize the group won last year for its Qaggiq project, which aims to provide support, training and infrastructure for home-grown talent across the Arctic.

The Iqaluit arts workshops are free of charge and open to youth ages 11 and up. These take place Saturdays and Sundays from 1 to 4 p.m. at House 411.

Youth and their parents can register to take part by emailing looee@qaggiavuut.com or by calling 867-979-6485.