Quebec delivers balanced budget, but unclear how Nunavik will benefit 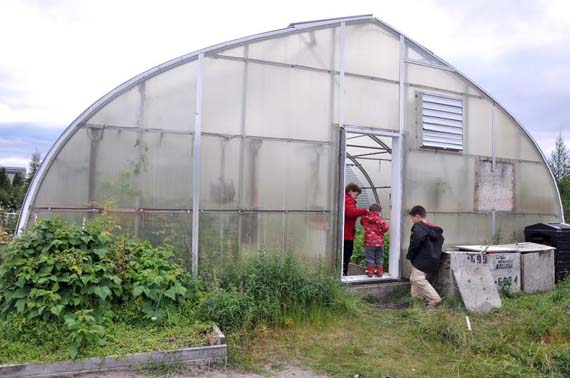 Quebec announced $5 million to set up a commercial greenhouse in Nunavik, which would be heated with thermal energy. (FILE PHOTO)

If Nunavik was looking for big ticket items in Quebec’s 2017-18 budget, the region might be disappointed.

The Quebec government tabled what it called a sustainable and responsible budget March 28 with some beefed up funding for health and education—$1.5 billion and $640 million more for each, respectively.

“I think northern citizens, like all citizens, will benefit on many levels,” said Quebec’s minister of Aboriginal Affairs, Geoff Kelley.

“First, it’s a balanced budget,” he said. “Secondly, here is additional funding for our two most important missions—education and health—which is eventually good news for regional health and school boards in the North.”

The 2017-18 provincial budget promises some relief for taxpayers by hiking the first income bracket exempt from tax to $14,890 from the previous $11,635

And Inuit and Indigenous communities throughout Quebec will be able to tap into its Aboriginal Initiatives Fund, which will inject $135 million into yet-to-be determined projects, with a certain amount reserved for Nunavik.

New to Indigenous communities in this budget is also a $60-million social development plan, which will target social services, training and justice programming throughout the province.

That money has yet to be divvied up, Kelley said. But the Quebec government hosted a consultation earlier this year to identify Indigenous communities’ needs, Kelley said, which included “strong Inuit representation.”

Quebec’s Plan Nord has $45 million to spend from now until 2022, with another $72 million earmarked for northern economic development by 2018.

Part of that includes $5 million for a commercial greenhouse project in Nunavik. The money will go into setting up a water management systems which produces thermal heat for the greenhouse, with a long-term goal to sell its produce to the community.

The project, managed by the Société du Plan Nord and local partners, will likely be focused in Kuujjuaq, where a greenhouse program is already in place.

The budget also handed out $19 million to Université Laval for its Institut nordique du Québec, which focuses some of its scientific research on Nunavik.

“There are a lot of tools in the new budget which will allow us, working with the Kativik Regional Government and Makivik Corp., to work on some exciting projects for the future,” Kelley said.

But the item on the minds of most Nunavummiut—housing—was largely absent from this year’s budget.

Kelley said the province is finalizing discussions with the region on a number of ongoing housing files, the results of which should be made public next month.

Nunavik had been in a deadlock with Quebec over a number of social housing issues, until the province appointed a negotiator last fall to help with discussions.

Earlier this winter, Nunavik and Quebec officials reached an agreement-in-principle on a revised rent scale for the region’s social housing tenants.

At the federal level, the $50 million in housing for the region, announced in Ottawa’s 2016 budget, is dependent on Quebec agreeing to pay for the operation of that housing—an issue that remains unresolved with 144 housing units hanging in the balance.

And Nunavik is still waiting to renew its tri-partite agreement with Ottawa and Quebec for the provision of housing—normally a three- to five-year long agreement, which has been put off and extended in recent years to allow time for more negotiations.

Kelley said those issues are under “active discussion” and added Nunavimmiut should learn more in the coming weeks.

Both the KRG and Makivik declined to comment on the province’s budget.