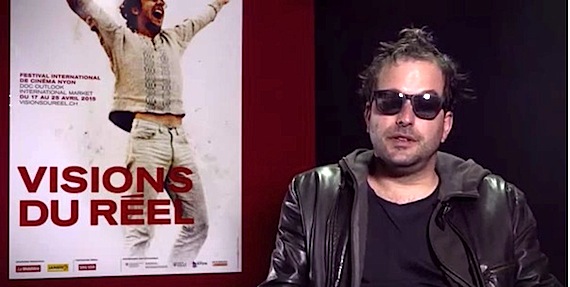 A new film by Dominic Gagnon, a Québécois filmmaker, called “On the North,” is drawing criticism for its unauthorized use of music by Tanya Tagaq and of YouTube videos by Inuit. (PHOTO FROM YOUTUBE)

The award-winning Nunavut singer Tanya Tagaq is enraged over the unauthorized use of her music in an art film called “On the North,” which was screened this past weekend at the Montreal International Documentary Festival.

In a series of tweets Nov. 24 and Nov. 25, Tagaq slammed festival organizers and the creator, Québécois filmmaker and artist Dominic Gagnon, for choosing “to show a painful and racist film that uses my music without consent. I did not give permission to the filmmaker.”

“I’m deeply offended by the unauthorized use of my music in a very racist film,” Tagaq said.

But it’s not just the unauthorized use of her throat singing that enraged Tagaq. It’s also also the content of the film, which Tagaq says creates a “one sided and disparaging account of Inuit life.”

Gagnon has since taken Tagaq’s audio out of his 74-minute video, she said in a tweet Nov. 26.

I'm thrilled to report that my music is being removed from that lowbrow film and will never appear in it again.

“On the North” is a collage of clips from publicly available videos made by Inuit that Gagnon found on YouTube.

He told Radio-Canada that he believes he has the right to use material from videos that others have made public online, and that his intent was to explore how people represent themselves in self-made videos.

Because Gagnon was blinded in one eye several years ago, he can no longer use a camera — so he now works on art projects that are edited together from found amateur videos.

Organizers of the Montreal International Documentary Festival, or RIDM, issued a statement Nov. 26 saying the film is not racist and it was not their intent, nor the intent of the film to make a racist statement.

“Far from seeing ‘of the North’ as a racist work, it was programmed as a critical discourse on colonialism and its still devastating impacts, through a montage of images recorded and uploaded to YouTube by Inuit peoples. We believe that this film confronts stereotypes that have afflicted Inuit peoples,” the RIDM said.

They also said they’re “conscious of the harshness of the images in the film,” and that following the screening last weekend, should have “provided a better forum for conversation about this work.”

For the film, Gagnon edited clips from 500 hours of videos posted on YouTube “by hundreds of amateur Inuit filmmakers,” according to a promotional blurb from the Canadian Filmmakers Distribution centre, which rents the movie for $225 or will sell a copy for $450.

“A whole form of trashy and unbridled acculturation is revealed in this visual and audio potlatch — through the Inuit language, a sort of concrete music irrigating the sound score — which takes apart the existing clichés about this people, too often confined to the borders of the contemporary world,” the promotional blurb reads.

The film won a prize for the most innovative feature film at Switzerland’s Visions du Réel 2015 International Competition.

Tagaq, however, isn’t nominating the film for any prizes.

Tagaq has said she wants “a public apology” from the festival and the National Film Board’s Colette Loumède, executive producer of the NFB’s Quebec Studio and an apparent fan of the film, who called Gagnon’s film “beautiful.”

But Loumède blocked the 2014 Polaris-award winning Tagaq from contacting her on Twitter after Tagaq started a stream of angry tweets about the use of her music in the film.

Tagaq also asked for a meeting with the organizers of the documentary festival.

The festival organizers said Nov. 25 they’re in contact with Six Shooter Records, Tagaq’s record company, “and will gladly meet with you.”

Six Shooter Records appears to have issued a cease-and-desist letter to the makers of “On the North.”

.@Alethea_Aggiuq @iskell I have a cease and desist form available for anyone whose music appeared without permission. Contact @SixShooterR

But it’s not just the unauthorized use of her throat singing that enraged Tagaq.

It’s also the content of the film, which Tagaq said creates a “one sided and disparaging account of Inuit life.”

On YouTube, the video attracted critical comment from a longtime film composer and music supervisor, who pointed out that music used for a film requires a license or permission “at least.”

“I find myself wondering why Dominic Gagnon would think he could include Tanya Tagaq’s (or anybody’s for that matter) music in this film without a synchronisation licence or at least the composer’s permission? This seems to go beyond the simple “democratisation of media” argument.

“I am wondering if he would have been as cavalier about using U2’s or Adele’s music without permission … May we hope that proper credit has at least been given to all the unwitting video contributors to what Mr. Gagnon refers to as HIS film.﻿”

Nunavut singer Kelly Fraser also said in a Nov. 25 tweet that her songs were also used without permission: “me and @tagaq’s music were used in a film you allowed to show of Inuit stereotypes, deepening #racism of #Inuit,” she said.