For a third time, Quebec government launches a northern plan

Nunavik leaders to meet with Quebec premier next week 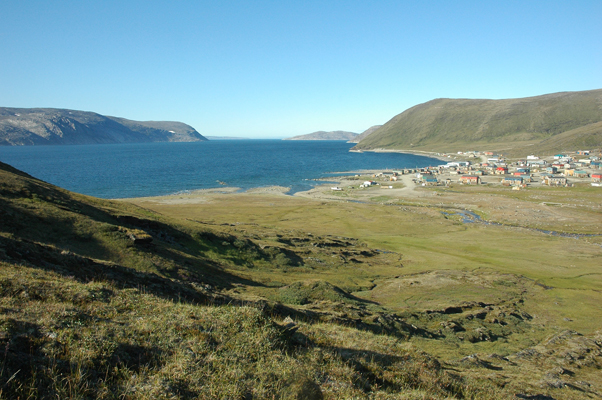 Summertime in Kangiqsujuaq. Nunavik’s leadership will sit down with Quebec premier Philippe Couillard next week for the first time since his Liberal government was elected last April. (FILE PHOTO)

You could call it Quebec’s northern plan, take three.

On Sept. 30, the Quebec government took steps to revive Plan Nord, its blueprint for development above Quebec’s 49th parallel.

“With the introduction of this bill, we are sending a clear signal about the willingness of the government to revive the Plan Nord and make it a key element in the growth of the Quebec economy,” Arcand said in a Sept. 30 news release.

“We want to make the Plan Nord a role model for sustainable development, taking into account the economic, social and environmental dimensions, and make it a community project for Quebec society.”

To do that, the province will invest in a Plan Nord development fund to finance infrastructure projects: $63 million this year and up to $2 billion by 2035.

Quebec Premier Philippe Couillard also announced a new partnership with Gaz Métro to supply liquefied natural gas to industries and projects in northern Quebec regions which are connected to the province’s road network.

The Plan Nord was first launched under the Charest government in 2011: a promise to pump $80 billion of private and public money into the North over the next 25 years.

In Nunavik, the plan included money for new social housing, renewable energy projects and studies to determine the feasibility of a road or rail link connecting Kuujjuaq to southern network.

After a Parti Québécois government took power in 2012, they re-vamped and re-named the strategy as Le Nord Pour Tous (The North for All.)

But the goal of a new plan remains job creation and wealth for Quebec’s northern communities, Couillard said Sept. 30.

And Quebec’s northern residents, Nunavimmiut included, hope to weigh in on the government’s revived plans for the region.

Nunavik’s leadership will sit down with Couillard next week for the first time since his Liberal government was elected last April.

The Quebec City meeting, which will include officials from the Kativik Regional Government and Makivik Corp., is expected to touch on those organizations’ wishlists for the region.

Led by Makivik and the KRG, a consultation called Parnasimautik was launched in 2012 to help create a blueprint for the region’s well being, along with a set of conditions for the renewal of Nunavik’s relationship with Canada, Quebec and industrial developers.

It grew from the document Plan Nunavik — a response to Plan Nord when it was first launched.

The final Parnasimautik paper is due out this fall, at which point it will be submitted to Quebec’s National Assembly.