Police shoot and kill Umiujaq man, 22, alleged to have been carrying knives 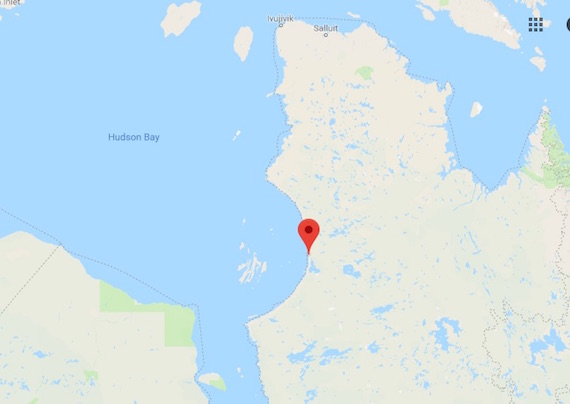 This map shows the location of Umiujaq in Nunavik where a investigators are trying to determine the circumstances around the recent death of a man, 22. (MAP/GOOGLE MAPS)

Quebec’s Bureau des enquêtes indépendantes, which investigates incidents in which civilians are killed or injured by police, said seven of its investigators are now probing the Dec. 28 shooting death of a 22-year-old man in Umiujaq, a small village in Nunavik with a population of about 400.

The bureau said preliminary information provided to it suggests the following:

• On Dec. 28, Kativik Regional Police Force officers in Umiujaq went to the man’s home to arrest him.

• When the officers arrived, the man refused to go with them.

• One police officer remained while another went to the KRPF station in Umiujaq to obtain an entry warrant.

• During that officer’s absence, the man left his home “armed with knives” and headed for the community centre, where seasonal activities were taking place.

• Police officers tried to prevent him from entering the building.

The man was taken to the local health centre, where he was pronounced dead, the BEI said.

The BEI also said its investigation will determine whether the preliminary information they received is accurate.

The investigators were expected to have arrived in Umiujaq at around noon on Friday, Dec. 29.

The Sûreté du Québec provincial police force will act as a supporting police force in this investigation, providing a forensic technician who will work under the supervision of BEI investigators.

Right now, no other information is available, the BEI said.

The BEI is mandated to investigate, at the request of Quebec’s public safety minister, all cases in which a person other than a police officer on duty dies or suffers a serious injury or is injured by a firearm used by a police officer during a police operation, or while held in custody by a police force.

The BEI is concurrently investigating three other police-involved violent deaths in Nunavik:

• The recent death of a man in Puvirnituq.

• The recent death of a man in Inukjuak.