Travellers stuck on island after canoe motor conked out 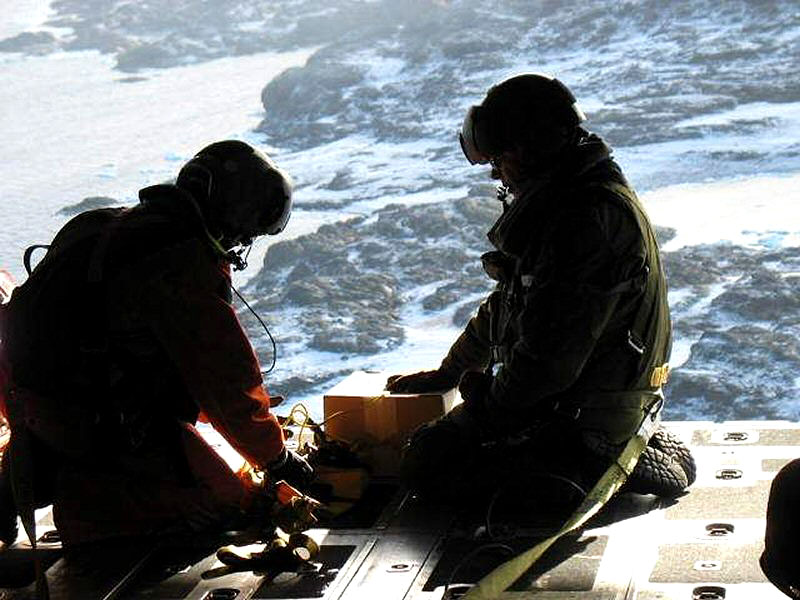 The search and rescue crew on board a CC-130 Hercules from 424 Squadron based at 8 Wing, Trenton, Ont., prepare a radio before dropping it so the stranded hunters could establish ground communications. (PHOTO COURTESY OF DND) 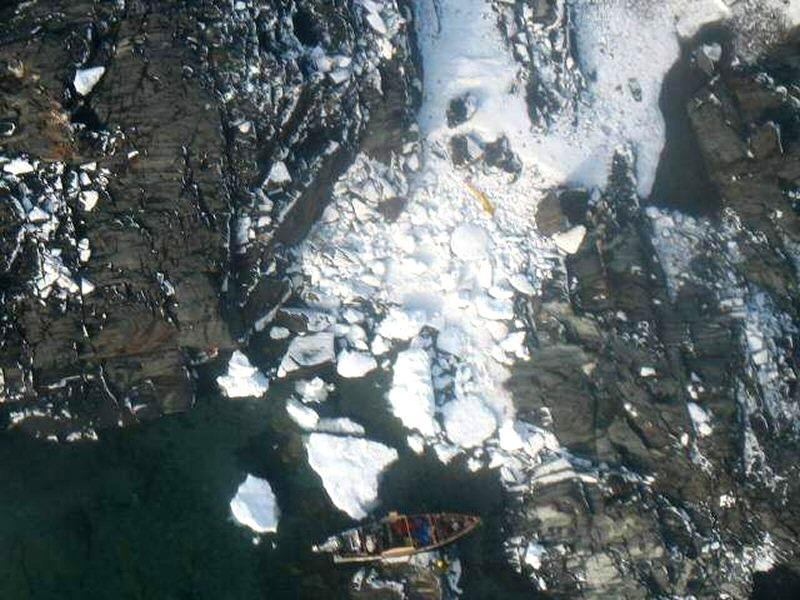 The stricken freight canoe is visible at the bottom of this photo. Its engine suffered an electrical fault that resulted in four hunters getting stranded Aug. 24 on an island around the Fury and Hecla Straight near Igloolik. (PHOTO COURTESY OF DND)

RCMP members, with help from the Canadian Armed Forces and the Coast Guard, rescued four hunters stranded on an island near Igloolik Aug. 25, the defence department said in a news release.

The hunters had been travelling in a 24-foot freighter canoe whose engine failed because of electrical problems.

The hunters made it to a nearby island but remained stranded there.

The Joint Rescue Co-ordination Centre in Trenton, Ont. on Aug. 24 sent a Hercules aircraft based out of Winnipeg to search for the hunters.

But foggy weather hampered their search and by 11 p.m. that night, the crew flew to Resolute Bay to spend the night.

On Aug. 25, the JRCC sent a second Hercules, this time from Trenton. The crew of that aircraft spotted the hunters at about 9 a.m. and dropped a radio to establish oral communications, along with a survival kit.

Around the same time, RCMP members from Igloolik set out in a boat and the Coast Guard ship Pierre Radisson began steaming towards the area.

The RCMP members found the stranded freighter canoe at around 3:45 p.m., but weren’t able to fix the motor.

The RCMP then took the four hunters on board and brought them to safety while towing the stricken freighter canoe behind them.

“We train hard for situations like this, and we value our partnerships in the Canadian search and rescue system. Through our combined efforts we can be effective when called upon-in every corner of this country,” said Major-General Pierre St-Amand, the commander of the RCAF’s 1 Canadian Air Division in Winnipeg.

The names of the stranded hunters haven’t been released.