“We are all enormously saddened by this event” 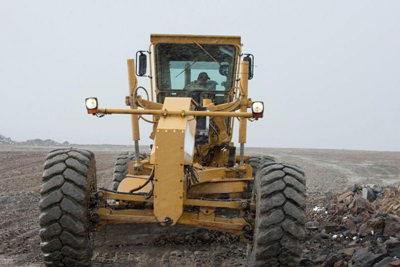 The death of a man at the Mary River iron mine in North Baffin has been deemed a workplace injury.

Nunavut RCMP V Division issued a news release at 2 p.m. Sept. 21 saying that determination resulted from an investigation by the RCMP Major Crimes Unit, the local RCMP detachment, the Workers’ Safety and Compensation Commission and Nunavut’s Office of the Chief Coroner.

The latest news release said the file has now been handed over to the WSCC and the coroner’s office.

Arctic Bay’s Michael Levi, 51, an employee of Baffinland Iron Mines Corp., died early Sept. 20 at the Mary River mine, the company said in a Sept. 20 statement.

“We are all enormously saddened by this event. Michael was a part of our site team and we are focused on supporting his family and co-workers at this difficult time,” said Tom Paddon, the president and CEO of Baffinland.

Baffinland officials have not stated the apparent cause of Levi’s death, or what job he was doing.

The company did say that they’ve sent grief counsellors to Mary River and that other staff have flown to Arctic Bay to meet with Levi’s family.

The Qikiqtani Inuit Association said in a statement Sept. 21 that they are “in touch” with Baffinland to seek more information and that they are reaching out to Levi’s immediate family to offer condolences and support.

“The Qikiqtani Inuit Association mourns the news of the workplace incident at the Mary River Site that has seen the death of a worker…,” the QIA said.

Baffinland has been extracting commercial quantities of high-grade iron ore from the Mary River mine since last year and this past Aug. 8 sent their first ore shipment to Germany on the Federal Tiber, a bulk carrier commissioned by the company.