Regular Nunavut MLAs say no to more debate on Bill 37 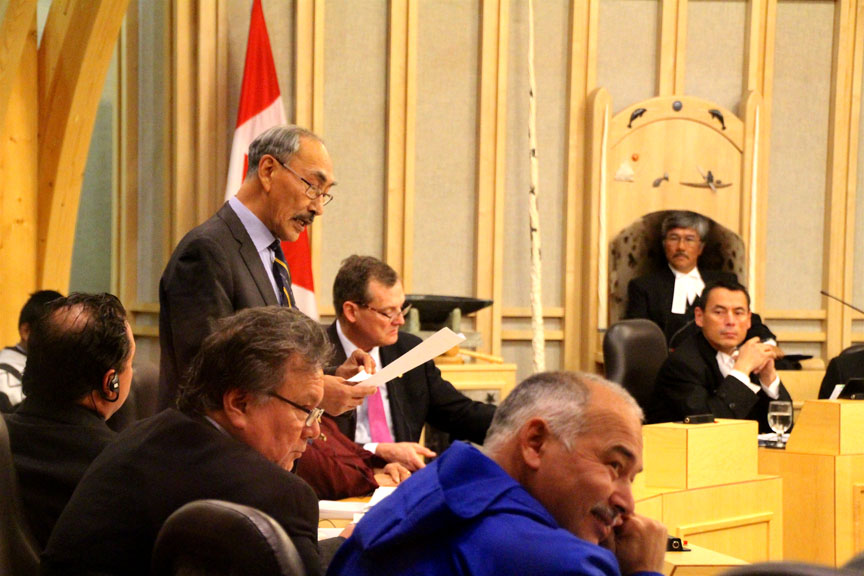 Nunavut MLAs on Sept. 14 defeated the Nunavut government’s contentious Bill 37, which would have amended the Education Act and the Inuktitut Language Protection Act.

Eleven regular MLAs voted against a motion from Education Minister Paul Quassa to have the bill move into committee of the whole, with only the eight MLAs in cabinet voting in favour.

It’s the last sitting for the current government before the assembly dissolves Sept. 24 for the Oct. 30 territorial election.

By convention, MLAs normally do line-by-line debates of bills in committee of the whole, a committee made up of all members.

So, by defeating the idea of debating the bill, MLAs effectively defeated the bill itself.

It was developed in response to recommendations made in 2015 by a special committee of MLAs that reviewed the Education Act and given first reading this March 8 and handed off to the assembly’s standing committee on legislation.

After meeting behind closed doors, the standing committee recommended in May that the bill not proceed, based on an “overwhelming lack of consensus.”

The bill would have changed the proposed schedule for introducing the Inuit language as a language of instruction from kindergarten to Grade 12, moving it further into the future.

It would also have introduced Inuit language instruction in the later grades based on assessments of the Government of Nunavut’s capacity to provide it, and re-defined the powers of district education authorities.

In the Sept. 14 sitting, cabinet members supported Quassa’s motion to have the bill sent to committee of the whole, on the grounds of transparency.

Taptuna said continuing the process would uphold the Inuit traditional value of decision-making through discussion, consensus and working together.

But regular MLAs did not buy that pitch.

Given the effort put into the bill, Quassa said he is “certainly disappointed,” after the sitting broke.

Near the end of the previous sitting of the Nunavut legislature, Quassa gave a long speech in defence of Bill 37, where he described areas of the bill that he felt were under recognized.

“There is much more to the bill than what has been part of the public discourse,” he said.

But groups like Nunavut Tunngavik Inc., various Nunavut DEAs, the Office of the Languages Commissioner, Nunavut Sivuniksavut students, community members and parents opposed Bill 37 in submissions tabled in the spring sitting of the Nunavut legislature.

Despite the narrow timeline, Quassa told Nunatsiaq News only last week that he thought the bill had a chance to survive.

“Our mandate of this government was to improve and enhance the education act. We did what we were mandated to do, and in the best interest of Nunavummiut,” Quassa said. “It would be up to the next government to decide what is next.”