Betty Brewster and Ludy Pudluk to receive the honour this spring 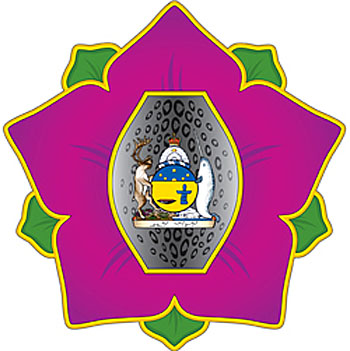 Betty Brewster and Ludy Pudluk will receive the Order of Nunavut honour at a ceremony to be held this spring at the Nunavut legislature. No date has been set for the event, but it will be broadcast live across the territory.

Two well-known Nunavummiut who have contributed many decades of service will receive the Order of Nunavut honour this spring at a ceremony to be televised across the territory.

Betty Brewster, a long-serving interpreter-translator known throughout Nunavut and beyond, and Ludy Pudluk, a former MLA and mayor of Resolute Bay, will be this year’s recipients, the Order of Nunavut Advisory Council said in a news release.

Brewster, who is renowned for her knowledge of many Inuit language dialects, including Inuinnaqtun and the eastern dialects, has worked as an interpreter for decades at numerous meetings and public functions.

She has long been a highly-sought-after translator, capable of producing written material in Inuinnaqtun Roman orthography and eastern syllabics.

In 2016, Brewster won the Inuit Uqausinginnik Taiguusiliuqtiit Language Award for contributions to her profession.

Pudluk, who is originally from the Pond Inlet area, spent most of his life in Resolute Bay after being relocated there in the 1950s.

From 1975 to 1991, he was elected four times to serve as a member of the legislative assembly of the Northwest Territories, representing the constituency of High Arctic.

After the electoral district’s name changed to Quttiktuq, he won re-election in 1991 and served as a territorial MLA until 1995.

Following his 20-year career as an MLA, Pudluk served as mayor of Resolute Bay and participated in other local organizations.

“Ludy Pudluk is recognized as a statesman who made significant contributions to the creation of Nunavut and Betty Brewster is respected as a pioneering member of her profession whose work has strengthened the place of the Inuit language in our society and institutions,” Speaker Joe Enook said in a news release.

Nunavut Commissioner Nellie Kusugak will present the honour to Brewster and Pudluk at an investiture ceremony to be held during the Nunavut legislative assembly’s spring sitting, which is scheduled to start May 24.

The date of the ceremony has not yet been announced, but the event will be televised live across Nunavut, the news release said.

John Quirke, the clerk of the legislative assembly, serves as secretary to the advisory council.