“Things don’t happen for a reason, but they happen with potential” 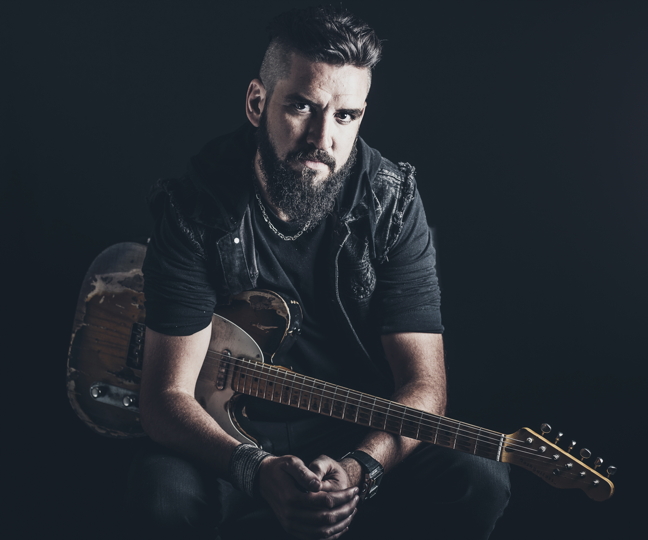 Tungasuvvingat Inuit in Ottawa is presenting musician and songwriter Robb Nash and his band at the Assumption Church Dec. 2, at 4:30 p.m. The show is free and all are welcome. (PHOTO BY SUSANNE SAGMEISTER)

OTTAWA — If you’re fortunate enough to be in the basement of an Ottawa church in Vanier, late afternoon Dec. 2, you’ll see a rock star who’s trying to give Inuit kids a reason to stay alive.

And it’s funny because up until about a month ago, Robb Nash, a swarthy six-foot-five guitarist and songwriter, had a couple screws loose. Literally.

Nash, a small-town Manitoba boy who makes a living blending rock music and inspiration for young audiences — paying the bills through generous and often anonymous donations — is performing a special concert for Inuit youth in Ottawa next week.

Now about those screws: Nash has a steel plate keeping his skull together, thanks to a car accident when he was a teenager. But the surgery he had at the time was lacklustre and over the years, he started suffering intense pain and it was affecting his ability to perform.

Hearing about his plight, a pair of supporters offered to pay for further surgery at the Mayo Clinic in Minnesota. During a pre-surgical exam, doctors there discovered a hole in his skull not covered by the plate and a couple of loose screws, both of which were likely causing those headaches.

Nash had a new piece of steel mesh mounted over the broken parts of his skull on Oct. 31 and, following a brief respite, he’s on the road again and heading to Ottawa next week for a quartet of shows.

Tungasuvvingat Inuit, an urban Inuit service agency in Ottawa, is hosting one of those concerts.

“He talks about some pretty heavy issues, suicide, addiction, depression,” said TI’s Jennifer Switzer, who works with Inuit youth in Ottawa and is helping to organize the show.

“He really relates to youth through music,” she added. “He’s a great role model.”

The way the story goes — and it’s practically legend at this point — Nash was pronounced dead at age 17 by first responders who found him tossed from his vehicle following a head-on collision with a tractor-trailer in rural Manitoba.

But he miraculously lived and, during a long and painful rehabilitation, he struggled to understand how such a cruel thing could happen.

That was until a friend dispelled the myth that there’s a cosmic reason people suffer these kinds of tragedies and told him no, the real reason he crashed the car was because he was driving too fast on an icy road. Period.

“It sounds so simple but that’s what set me free,” Nash said Nov. 27 on the phone from Winnipeg, where he and his bandmates were taking a few days off.

“Things don’t happen for a reason, but they happen with potential. My accident had the potential to leave me bitter and angry for the rest of my life. We all know people like that, right? Or there is the potential to turn your story around and try to help others.”

That’s one of Nash’s key messages and one he’s delivered to thousands of kids enduring their own tragedies, indignities and anxieties: suffering is not fate trying to teach you a lesson. But it does offer an incredible opportunity to grow and discover a purpose.

Because a lack of purpose is the thing most often mentioned by kids who harm themselves, Nash said.

And he knows about troubled youth because more than 300 young people have given him their torn up suicide notes following concerts he’s done across the country — from big city high schools to small First Nations reserves and youth detention centres.

But it’s often those kids — the ones who are depressed, addicted to drugs and harming themselves — who are the gifted ones, the ones whose pain lets them see the pain of others.

He tells those kids it’s a burden sometimes, to feel things so deeply, but that “it’s a gift, not a curse,” and they can use it to help others, like he’s trying to do.

Nash says he’s looking forward to performing for an Inuit audience because he knows how high the suicide rate is among Inuit in Canada and he’s angry and disappointed that the federal government is doing nothing to address what is obviously a crisis.

The H1N1 and SARS health crises drew a widespread and immediate response from Ottawa, Nash said, and yet, combined, they took fewer lives than suicide does in Nunavut in a single year.

“Where’s the funding for that? Holy crap how are we not spending money trying to save these kids? This is way bigger of a crisis,” he said, stopping to exhale and calm himself. “How are we not sending resources to these places?”

He said he thinks it’s harder to be a teenager now, mostly because of the internet and social media and how they facilitate around-the-clock bullying and harassment or else dismantle a teenager’s self-esteem.

He said kids have to grow up so quickly now and often they’re not emotionally mature enough to deal with the responsibilities and expectations placed on them by both technology and society.

“It’s just the world we live in,” he said. “If we all think back to our teenage years, some of the emotions you deal with, it’s tough in a great setting with a great family. And now you add all those extra pressures, it’s just a different world.”

When asked if he’d consider playing in Nunavut, he said he’d love to go if someone can get him and his band some airplane tickets northward.

Nash and his band will perform at 4:30 p.m., Dec. 2 in the basement of Assumption Church, 320 Olmstead St. in Vanier. Organizers remind people to enter from the Cody Street entrance at the back of the church. All his shows are free of charge.

You can find out more about Nash, here and stream his music, here.