“Sustainable development in the Arctic requires the involvement of Indigenous peoples” 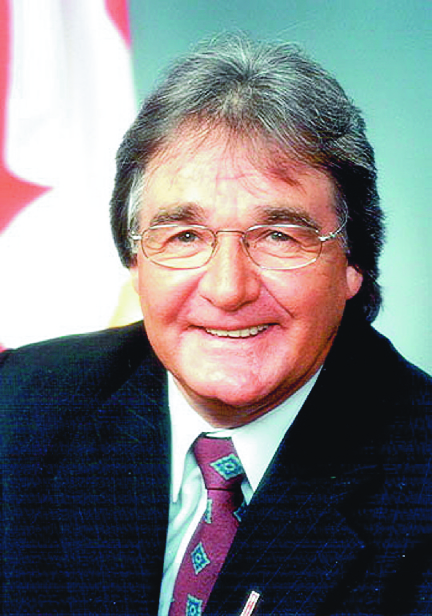 Senator Charlie Watt’s motion to create a special Senate committee to examine Arctic issues passed in late September. The new nine-member committee will be formed within the next few weeks. (FILE PHOTO)

The Senate of Canada has voted in favour of setting up a special committee on the Arctic, but we’ll have to wait until December to see who’s on it, who’s chairing it and what they hope to accomplish.

Sen. Charlie Watt, who represents the Nunavik region, put forward a motion to form the special committee on May 4 with a rousing speech to his colleagues about why such a committee is needed.

He talked about oil and gas exploration, infrastructure, environmental conservation and Arctic sovereignty.

He mentioned that with the impacts of climate change and disappearing sea ice, the Arctic is evolving quickly and Inuit who live there are concerned about unchecked shipping, commercial fisheries, resource exploration and the land they rely on for food.

“Inuit should be part of the decision-making process. We are very concerned that the benefits of development may not be felt by Inuit. Our homeland is rich in resources and is making some people very wealthy, yet our communities lack resources and have a limited economy in Canada,” Watt told his colleagues May 4.

“This is deeply frustrating to me. Sustainable development in the Arctic requires the involvement of Indigenous peoples in economic opportunities and in the governance of those activities to ensure that Canada should never forget that it bases its sovereignty in the Arctic on its relationship with Inuit.”

Watt mentioned another frustration in his speech—how Canada is negotiating a new UN Convention on the Law of the Sea and the Limits of the Continental Shelf project without Inuit participation.

“It will set out the terms for creating marine protected areas and the rules for environmental assessment of projects with the potential to harm biodiversity, as well as for the sharing of marine genetic resources,” Watt said.

“The impact to Inuit will be significant because of the potential to affect fish stocks and migratory marine life.

On Sept. 27, senators agreed that a special nine-member committee ought to be struck to look at issues specific to Canada’s Arctic.

The Senate is currently in the process of reconstituting all its standing committees so membership on this new Arctic committee has not yet been finalized. But that should happen within the next few weeks, said Watt’s chief of staff, Lisa Smith.

Once members are chosen, and they choose a chair, their first order of business will likely be to draft the terms of reference and a set of priorities, she said.

Nunavut Sen. Dennis Patterson has been working with Watt to create the new Arctic committee. He spoke about its progress during Inuit Day celebrations in Ottawa Nov. 7.

“Sen. Charlie Watt and I are very pleased to gain the endorsement of the Senate recently for the creation of a new special committee on the Arctic,” he told those gathered at the event.

“I’m really looking forward to working with Senator Watt on that committee to highlight the special problems in the Arctic.”

His colleagues appear to be on board as well.

Sen. Patricia Bovey rose in the Senate on June 21, Aboriginal Day, to outline the many unique issues and challenges that Arctic residents currently face.

“A special committee to take all of the issues at hand and examine them through the lens of those who actually inhabit the land would be beneficial to our work here in this chamber,” said Bovey said.

“As a house that is tasked with representing the regions of this country, we should keep in mind that the Canadian Arctic composes 40 per cent of Canada’s total land mass, a vast land that is deserving of special attention.”

The Senate has standing committees and special committees.

Standing committees remain even after elections of new governments and stay until Senators decide otherwise. Special committees last until the House is prorogued or until an election is called, though they can be reconstituted later.

Committees are often described as the place where real work gets done. Senators can examine a parliamentary bill, for example, and suggest amendments before sending it back to MPs for third reading.

Committees can also undertake special studies, as the Standing Committee on Aboriginal Peoples did recently with regard to the housing crisis in Canada’s North.

Such reports can influence Canadian policy, budgets and legislation since ministers are obliged to respond to their findings and recommendations.