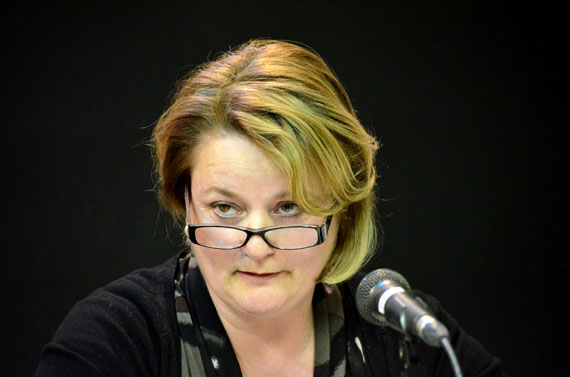 Pat Angnakak attributes her election victory to face-to-face connections she made during door-to-door campaigning. (FILE PHOTO)

Voting results in Iqaluit-Niaqunnguu came down to just dozens of votes between the six candidates, with Pat Angnakak edging second-place finisher Anne Crawford by 151 votes to 131 in Nunavut’s most crowded race.

Angnakak credited her connection to voters through door-to-door campaigning for the win.

“I know that in the past, being in touch with the constituents has not been done very well, and I know what it feels like,” said Angnakak.

“I think I just always spoke from the my heart, the need to have a government that is closer to the people it represents. We need to be accessible, and approachable.”

The newly-elected MLA said she found poverty relief, childcare and education to be the biggest concerns among voters. “I seemed to find that I was on the same page as people in the riding, when we would talk.”

She said her visits with residents would continue, even as MLA, “because that’s the only way you’re going to be connected to the people you’re representing,” she said. “I want to find a way where we can really connect because that’s what we really need to do.”

Anne Crawford, who won about 27 per cent of votes cast, said the broad range of candidates caused a “big split” in the result.

“I think people had a lot of good choices,” she said, adding that Iqaluit-Niaqunnguu is “a diverse riding, and the candidates were too.”

“We didn’t have issues of anyone attacking each other,” she said of the campaign, “and I think a lot of good will come of this.”

“That’s democracy and it’s disappointing, but life goes on, and I wish every success to Pat,” he said.

“There seems to be some desire for change in that some of the MLAs have not been re-elected,” he said.

“People were not satisfied with the representatives they had. I don’t know what reasoning they used, but it happened that way.”