Spotting trouble on the tundra: air search and rescue in Nunavut 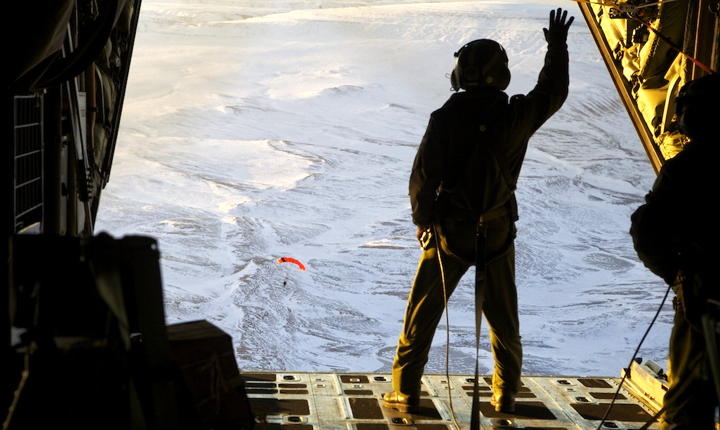 A Canadian Forces pararescue member floating down toward Arctic Bay gets a wave from the jump master. (PHOTO BY CLARE KINES) 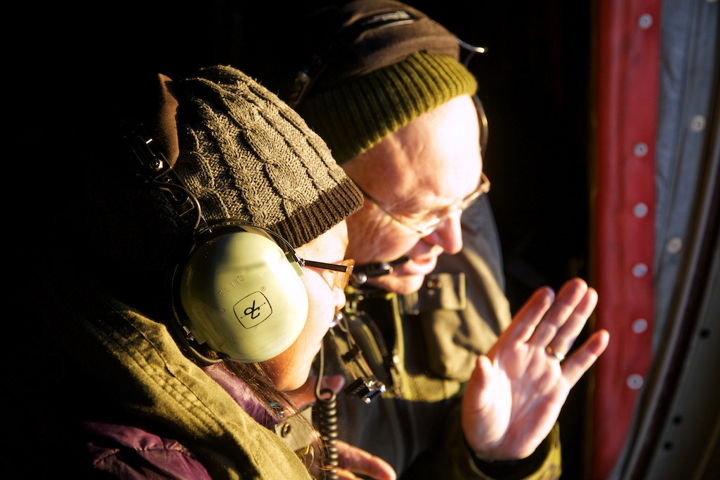 A CASARA instructor gives Valerie Qaunaq a lesson in how to call out a ground sighting to the pilot so the crew can bring the aircraft around. (PHOTO BY CLARE KINES)

The hatch begins to open — the rush of air, the noise, the view — as search-and-rescue technicians bustle around you.

But you stand perfectly still, trained and tasked with scanning the tundra beneath you, spotting anything peculiar or out of the ordinary.

That’s exactly what members of the seven Civil Air Search and Rescue Association organizations spread across Nunavut practice every year, with training from the Canadian Forces.

“As the ramp is opened it becomes a different environment,” Mike Daniels, one of the founding members of the nation-wide CASARA program, told Nunatsiaq News.

“Everyone has a job to do and it is done like clockwork.”

CASARA has been helping the Canadian military with search and rescue operations for more than 30 years, Daniels said, but watching SAR techs — whose training includes underwater rescues, mountain rescues and basic medical care in the harshest conditions — is always amazing.

“The main job for the CASARA folk is to keep clear of the crew conducting the drop and at the same time, take in as much of the event as possible,” Daniels said.

CASARA conducted a training exercise outside of Arctic Bay earlier this month, practicing spotting techniques from a Hercules jet supplied by CF 424 Squadron out of Trenton, Ont.

“People who are familiar with the tundra, they know what’s going on on the surface, so they have much better eyesight than we [Southerners] do,” Daniels said.

“So we basically just add a dimension to their skill.”

CASARA members, trained from an aircraft for a minimum of three hours per year, learn spotting techniques from both Twin Otter aircraft as well as Hercules jets, Daniels said.

“They will basically be just as comfortable searching and spotting from a Hercules as they would from a Twin Otter,” Daniels said. “Their skills will be interchangeable.”

With the help of Kenn Borek Air and Adlair, CASARA members can be deployed to assist in a search and rescue mission just about anywhere in Nunavut, Daniels said.

Daniels helped set up the first three CASARA posts in Nunavut about 20 years ago, in Iqaluit, Resolute Bay and Cambridge Bay.

But when the Canadian government said they wanted to increase their Arctic footprint in 2012, Daniels said he suggested CASARA open four new organizations in Nunavut.

And that’s what he helped do: in Arctic Bay, Pond Inlet, Hall Beach and Gjoa Haven.

“Finishing Gjoa Haven up on Aug. 17, this summer, that was the fourth one, so we accomplished our mission,” Daniels said.

To help CASARA members retain their skills, each community has been given a virtual trainer which is a simulator that can be used to keep their eyesight and searching skills sharp.

“If we can get skilled and trained local personnel into the air, we can assist the military,” Daniels said, “so it’s very important for all of the spotters to retain that skill level.” 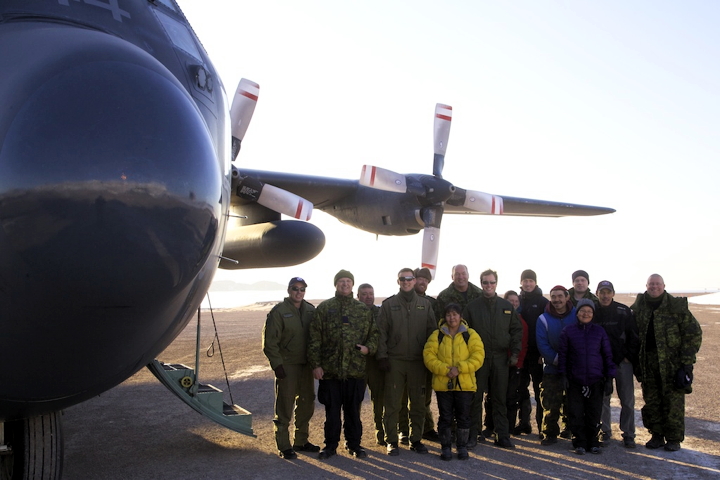