The Grave of Ada Blackjack, Heroine 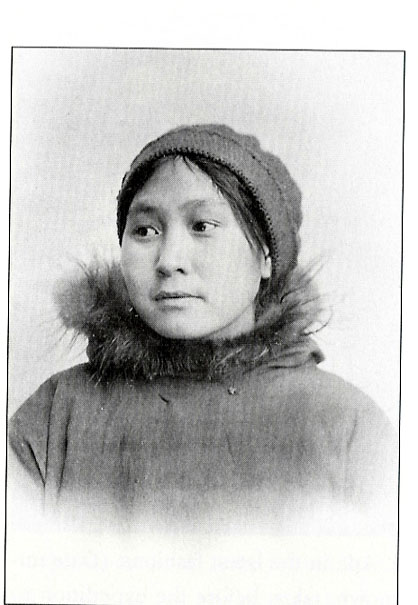 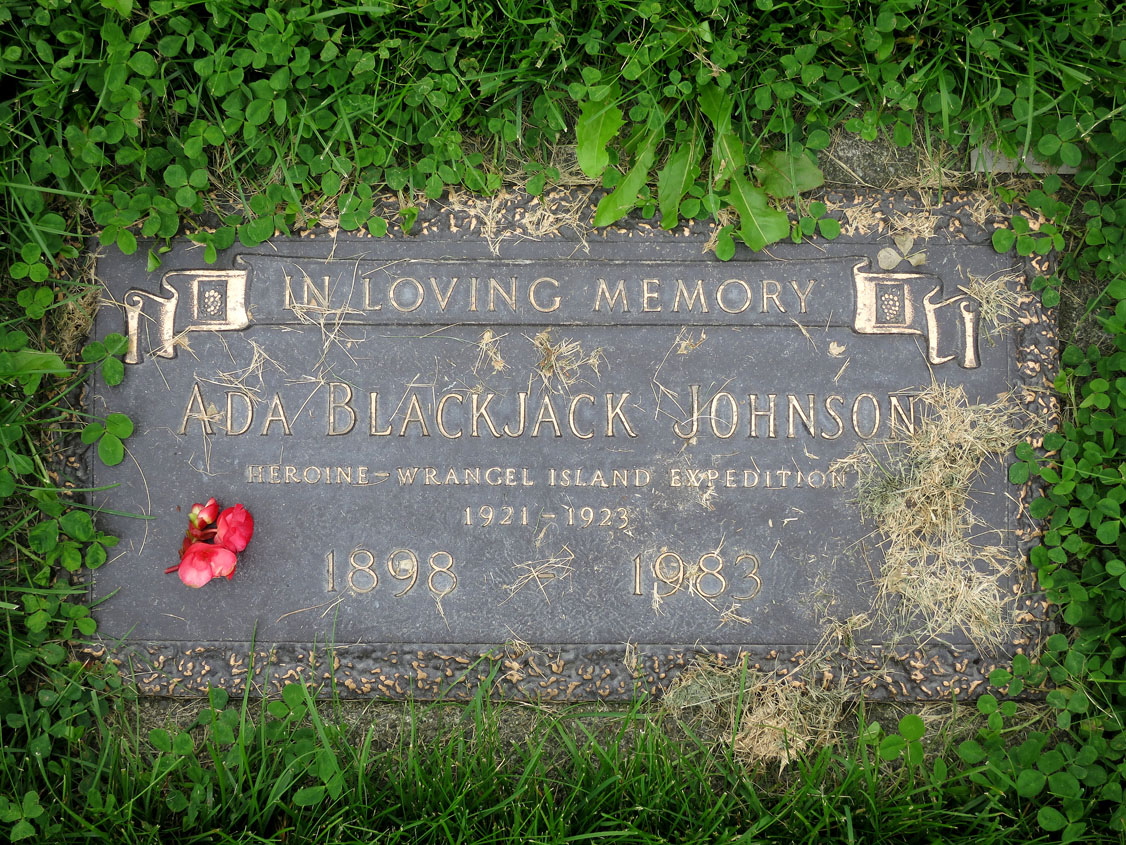 The grave of the Inupiaq heroine Ada Blackjack at Memorial Park Cemetery, Anchorage, Alaska, with a flower placed there by the author of this article. (HARPER COLLECTION)

Last summer, I was in Anchorage, Alaska, where I visited the grave of an Arctic heroine, Ada Blackjack.

I found it early on a misty morning in Memorial Park Cemetery.

I plucked a flower from someone else’s grave—I figured they wouldn’t miss it—and placed it on the rectangular plaque that marked Ada’s final resting place. Her lonely grave.

It was the least I could do for her. Few people have been treated more poorly, spoken of more disparagingly, and ignored more consistently, than Ada Blackjack, until recent years.

Ada was an Inuk—an Inupiaq—from Spruce Creek, Alaska, and attended a Methodist mission school in Nome when she was young. She had a son, Bennett, with her first husband, who abandoned the family.

In 1921, Ada crossed paths with the explorer Vilhjalmur Stefansson. A consummate self-promoter, Stefansson had little regard for the safety or reputations of others, and the accomplishments of his career as an Arctic explorer are marred by the list of human tragedies he left in his wake.

Stefansson took an interest in far-off Wrangel Island, and convinced himself that it should belong to Canada.

Unfortunately, as a quick glance at a map of the Arctic regions will reveal, the island does not lie north of Canada. It does not even lie north of Alaska. Rather, it is situated directly north of Russia.

But the irrepressible Stefansson insisted it must be Canadian, and sent four young men there on an expedition to raise the British flag and claim the island for Canada. Amazingly, three of the men were American. So was Ada Blackjack, 23 years old, who accompanied them as a seamstress.

The following year, the expected supply boat did not arrive at Wrangel Island. The next winter, three of the men left for Siberia, where they hoped to secure a rescue ship.

They never returned. Ada Blackjack remained on the island with Lorne Knight, who had been ill and too weak to travel.

Ada was responsible for Knight’s and her own survival. She learned how to use a gun, to hunt, and to trap, for their survival.

But, despite Ada’s efforts, Knight died of scurvy on June 22, 1923. That left Ada alone on an island teeming with polar bears.

In the lonely summer of 1923 Ada began using the typewriter that Milton Galle had left behind, to keep a journal. Each day before she left to hunt or scavenge for food, she would write a note on the typewriter.

She was careful to always include the date, for this was more than a diary—it was a message to any rescuers who might show up during her absence, a message that she was still alive as of that morning. On July 23, her message was brief: “I thank God for living.”

In mid-August, rescue came in the form of a relief vessel, the Donaldson. The rescuers were shocked to discover that all the men had died, and that only Ada survived.

Ada was equally stunned to learn that the party of three men who had left the island had never reached Alaska.

In writing the story of her ordeal, Ada Blackjack wrote this of her final charge, Lorne Knight: “I had hard time when he was dying. I never will forget that all my life… I try my best to save his life but I can’t quite save him.”

Harold Noice, a Stefansson loyalist in charge of the rescue party, blamed Ada for Knight’s death. As a result, she was vilified in the press.

But Knight’s parents saw the truth. They became friends with Ada. The young man’s father issued a statement:

“I still maintain that Ada Blackjack is a real heroine, and that there is nothing to justify me in the faintest belief that she did not do for Lorne all that she was able to do… I feel that I owe [this statement] to the public and to a poor Eskimo woman who is being wronged and is helpless to defend herself.”

Ada remarried and had another son, Billy Johnson, but that marriage ended in divorce. For the rest of her life, Ada battled grief, poverty and illness. She suffered humiliation because of accusations that were occasionally made against her.

“I consider my mother, Ada Blackjack, to be one of the most loving mothers in this world and one of the greatest heroines in the history of Arctic exploration. She survived against all odds…”

A month after her death, the Alaska legislature officially recognized Ada’s heroism with a citation which it described as “a small token of remembrance for a woman whose bravery and heroic deeds have gone unnoticed for so many years.”