“I wanted to sonically shove that in people’s faces” 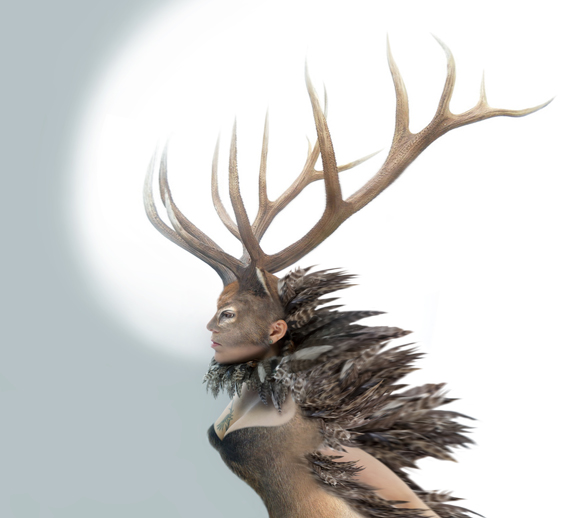 Tanya Tagaq’s new album, entitled Animism, is a treasure trove of sound that captures the spirits of animals and humans alike.

Sometimes, it’s a thing of pure beauty — at other times, almost unnerving.

“I never tried to make it sound pretty,” said Tagaq in a telephone interview from her Manitoba home, fresh from a world tour.

Travelling teaches you a lot about culture and how humans interact with the world around them, Tagaq said — but the more you learn, the more you see what’s wrong.

“There’s nothing better than being alive and enjoying your children on a sunny day, but a lot of people are having a really hard time out there,” Tagaq said.

“So this album is trying to reach a balance, by pointing out the deficiency of humanity.”

In Tagaq’s truly raw and fierce form, Animism’s final track, called Fracking, is a prime example of that deficiency, as she sees it.

Fracking is a four-minute guttural ode to Mother Nature.

“Basically, I wanted a song to be unlistenable, so ugly and disgusting, so I imagined my whole body was the Earth and that someone was doing fracking on me,” Tagaq said, referring to the process of injecting fluid into the ground to fracture shale rocks and extract the natural gas inside.

“I wanted to sonically shove that in people’s faces.”

Tagaq said it was important that Animism take on a much more political statement than her past two albums, Sinaa in 2005 and Auk/Blood in 2008.

But alongside the ugly, Tagaq has woven in pounding rhythms, accented by operatic voices, French horn and strings.

Umingmak takes listeners atop the Augustus Hills near Tagaq’s hometown of Cambridge Bay, where she recalls spending a blissful day watching a herd of muskox graze by.

Those are strong examples of how Tagaq’s roots remain firmly planted in the North, despite her departure from Cambridge Bay as a teen.

Although her interpretation of throat song doesn’t have the full support of some Inuit traditionalists, she’s clear about where it came from.

“I’m Inuk right to my bones,” she said. “People can say [my work] is not Inuit art, but whether they like it or not, whatever I create is. That’s just how it works.”

Tagaq also acknowledges that her craft is not made for mainstream consumption.

“My music is made for underground musicians,” she said, as her two-year-old daughter Inuuja is heard playing in the background.

“I don’t expect anyone who’s been born and raised in an isolated northern community to like my music,” she said. “If people can’t understand it, that’s OK.”

Tagaq said she’s surprised to see a growing number of Nunavummiut fans when she returns home to visit — many of them from a younger generation, who themselves are pushing new musical limits in the territory.

“It’s just something I have to do,” she says of her craft, “because it feels right and it makes me happy.”

Animism goes on sale May 27.

Tagaq has no upcoming tour dates in Nunavut, although she said it’s a dream of hers to tour the territory at some point.

Click here to listen to the album’s opening track Caribou.