Trick or treat? Or stay in? Halloween wind warnings issued for south Baffin

City of Iqaluit says it will monitor the weather Oct. 31 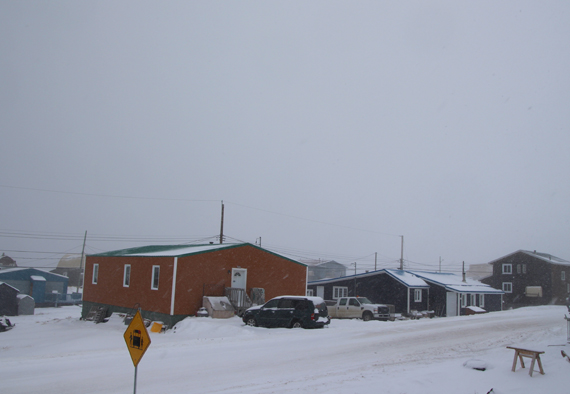 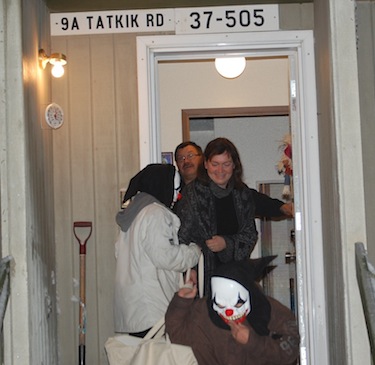 An Oct. 31 storm is bringing high winds and snow to communities on southern Baffin Island, just in time for Halloween.

Trick-or-treaters in some parts of Nunavut will have to keep their eye on the weather forecast Tuesday, Oct. 31, as Environment Canada tracks a low-pressure system that will bring strong, north-easterly winds through the region midday Tuesday.

In communities like Iqaluit, Kimmirut and Cape Dorset, wind gusts are set to blow as hard as 90 kilometres an hour in the late afternoon and early evening of Oct. 31.

Environment Canada is also calling for between 10 cm and 20 cm of snowfall in these same communities, as well as in Pangnirtung and Qikiqtarjuaq, where the federal agency said blowing snow could make visibility an issue.

The city had already scheduled road closures on Oct. 31 from 5:30 to 8:30 p.m. to allow foot traffic to move more freely. The same road closures will be applied on Nov. 1;

• Residents will not be able to turn onto Road to Nowhere from Apex.

• Access to Anuri Street will be required through Tasilik Street.

• Parking on the left side of the road will be prohibited.

Weather conditions look cool and clear elsewhere in the territory for Oct. 31.

In Arviat, Halloween events have been held indoors in recent years to protect children from polar bears migrating up the Hudson Bay coast.

But last year, families decided to move trick-or-treating back outside. With few polar bear sightings in the community so far this fall, residents plan to do the same again this year.

The hamlet will still host a Halloween event at the community hall starting at 6 p.m., including a candy give-away, games and a haunted house.