Vets head to the High Arctic for spay and neuter clinic 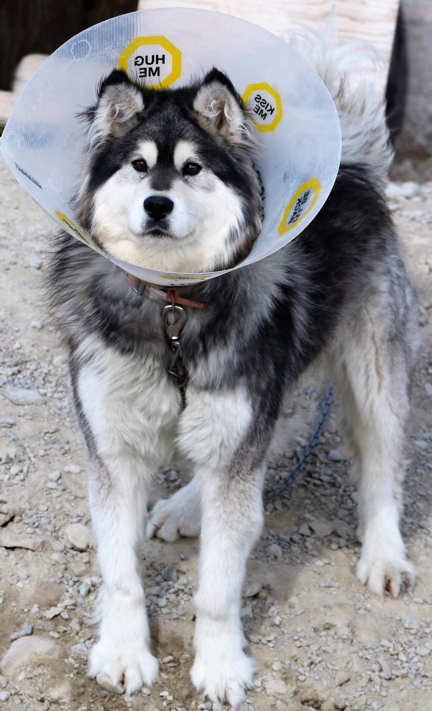 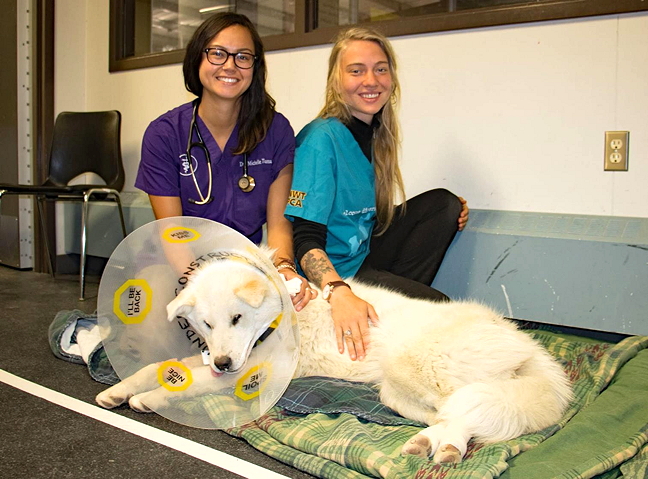 Dogs in Resolute Bay are recovering from surgery, which means the vet has been to town—and fewer puppies are on the way.

About two out of every three dogs in the community that had not been spayed or neutered before, received the reproductive operation when the High Arctic community hosted the mobile spay and neuter clinic from the Northwest Territories SPCA Aug. 18 to Aug. 22.

As many as 18 dogs—11 male and seven female—were spayed or neutered by Dr. Michelle Tuma and veterinary technician Jessie Olson of the NWT SPCA.

Resolute Bay community organizers Shelanne and Sean Bulford called the clinic a “huge success.” They believe there are only about 10 dogs, which had not been previously spayed or neutered and did not receive the surgery, left now in town.

“It shows that dog owners do want to take responsibility for their pets and do their share to keep the community safer and cleaner,” Shelanne said.

The couple has personally sent almost 50 stray or unwanted dogs and puppies to the Iqaluit Humane Society and NWT SPCA in the last five years, while living in the North. But they have also seen many dogs that either froze or starved to death, or that were shot.

“It’s going to be never ending unless we slow down the rate [at] which they are reproducing,” she said.

In a community such as Resolute Bay, where the human population sits at about 200, finding happy homes for four to five new litters every six months is “impossible,” said Shelanne.

She called the over-population an “animal welfare issue” as well as a community issue, because the dogs are roaming the town, “biting or scaring people, going to the bathroom all over the town, which not only looks bad, but spreads parasites, and tearing into everyone’s garbage or eating the meat in their yard.”

The operation decreases the dog’s desire to roam and look for a mate, mark its territory or be aggressive, “and of course cuts back in the number of dogs we have in town,” she said.

The clinic itself was a community-wide event, with the local arena becoming a pop-up animal clinic. Visiting hours lasted all day.

“We had volunteers show up everyday that helped with everything from doing laundry to prepping dogs for surgery,” Shelanne said.

People of all ages observed the surgeries and the veterinarian answered questions as she operated.

“This is the first time many of them had watched any kind of operation and a lot of the kids plan on being veterinarians now,” Shelanne said.

The volunteers also sat with the dogs so they wouldn’t be alone when they woke up.

The canine patients have since been checked on and are recovering well.

“They all have cones on now to keep them from licking or tearing their incisions, so taking a walk through town today is pretty funny,” said Shelanne, though many dogs were expected to be healed enough to remove the cones over the weekend.

In addition to the surgeries, 18 more dogs were examined and vaccinated, as were two cats.

The Bulfords have also organized projects in the past to help dogs in Arctic Bay and Clyde River. “It’s needed everywhere,” she said, adding that flight costs and a shortage of vets makes having an animal spayed or neutered a financial as well as medical challenge.

Members of the community paid to fly the two specialists in for their visit. The Yellowknife Veterinary Clinic donated medicine and supplies for the clinic and the Canadian dog support program “For Rescues with Love” sent items such as blankets, towels and new collars. 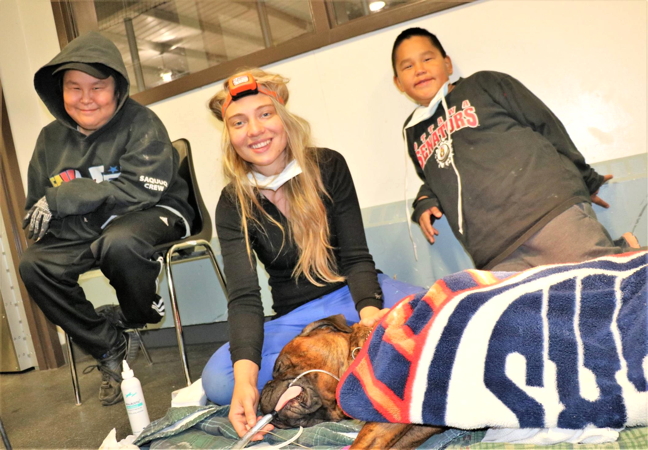 Nate and Eli Attagootak with their dog Nana and veterinary tech Jessie Olson.