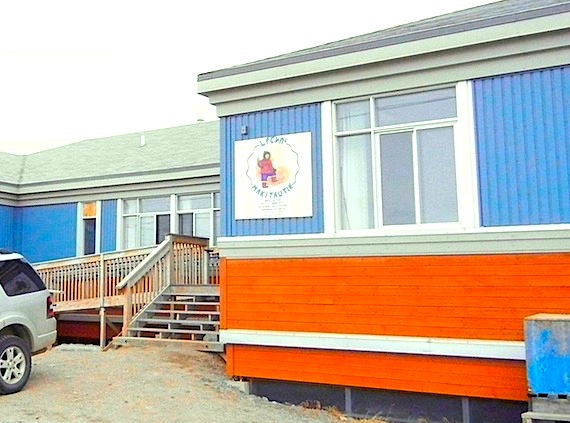 Makitautik halfway house in Kangirsuk, pictured here in 2011, moved into its $3 million home in 2006. Now Quebec is eyeing more support and a possible enlargement of the facility. (FILE PHOTO)

The focus of Quebec’s Viens commission has once again turned to Nunavik’s flawed correctional system and the need for more Inuit-specific services.

The public inquiry, which is meeting this week and next in Val d’Or, has been looking at Quebec’s 15-year track-record in providing health, social services, correctional services, justice, youth protection and policing to Indigenous Quebecers.

Next month, it will produce recommendations on how to improve these services in Nunavik and other Indigenous communities.

The live broadcast from Val d’Or on Monday, Sept. 24, featured Jean-François Longtin, associate deputy minister of correctional services, who revealed some of the actions already under consideration to improve conditions and reduce the number of Indigenous prisoners in Quebec—now 6.5 per cent of the jail population, but less then two per cent of province’s population.

Many of these inmates are Inuit: At the St. Jerôme correctional centre Inuit comprise half of the jail’s indigenous population and, overall, among Indigenous women in Quebec jails, Inuit women are the most represented, Longtin said.

Nunavik leaders who traded a regional jail for the Ungaluk crime prevention program in the 2002 Sanarrutik deal with Quebec couldn’t have known that the number of inmates from Nunavik would increase from roughly 40 to 300, he said.

But the large number of these inmates, who must now serve their time in custody outside the region, are not the only problem.

There’s “a big volume of people getting transferred” around the province, as a result, Longtin said, acknowledging the lawsuit that seeks compensation because of long waits before bail hearings.

To remedy that situation, a deal is in the works with Makivik Corp. and the Kativik Regional Government for streamlined charters, he said.

Longtin promised action, as well, on such items as improving access to interpreters and bringing more elders into the jails.

Makitautik, the halfway house in Kangirsuk, can also look forward to more support and a possible expansion, he said.

Makitauktik, which first opened in 1999 to house low-risk offenders, closed in October 2013 after federal inspectors found it was understaffed and under-managed. It was re-accredited in 2016 and opened doors again last September, but usually only about eight of its 14 beds are occupied, Longtin said.

Viens, in his reaction to the testimony, said “we have to work with the young offenders so they do not reoffend.”

He said elders “appear to me to be a very important element which would have an impact with first offenders.”

The commission sessions continue next week, with a focus on police and youth protection. You can listen to the live broadcasts, streamed in French or English.

This November, Viens will produce recommendations on how to improve services in Nunavik and other Indigenous communities.

Since its creation in December 2016, the Viens commission has visited all Nunavik communities.

The commission will discuss these at public hearings in Kuujjuaraapik from Nov. 12 to Nov. 16 and in Kuujjuaq from Nov. 19 to Nov. 23.

Among the Nunavik-related testimonies to date: