“We desperately need a land farm” 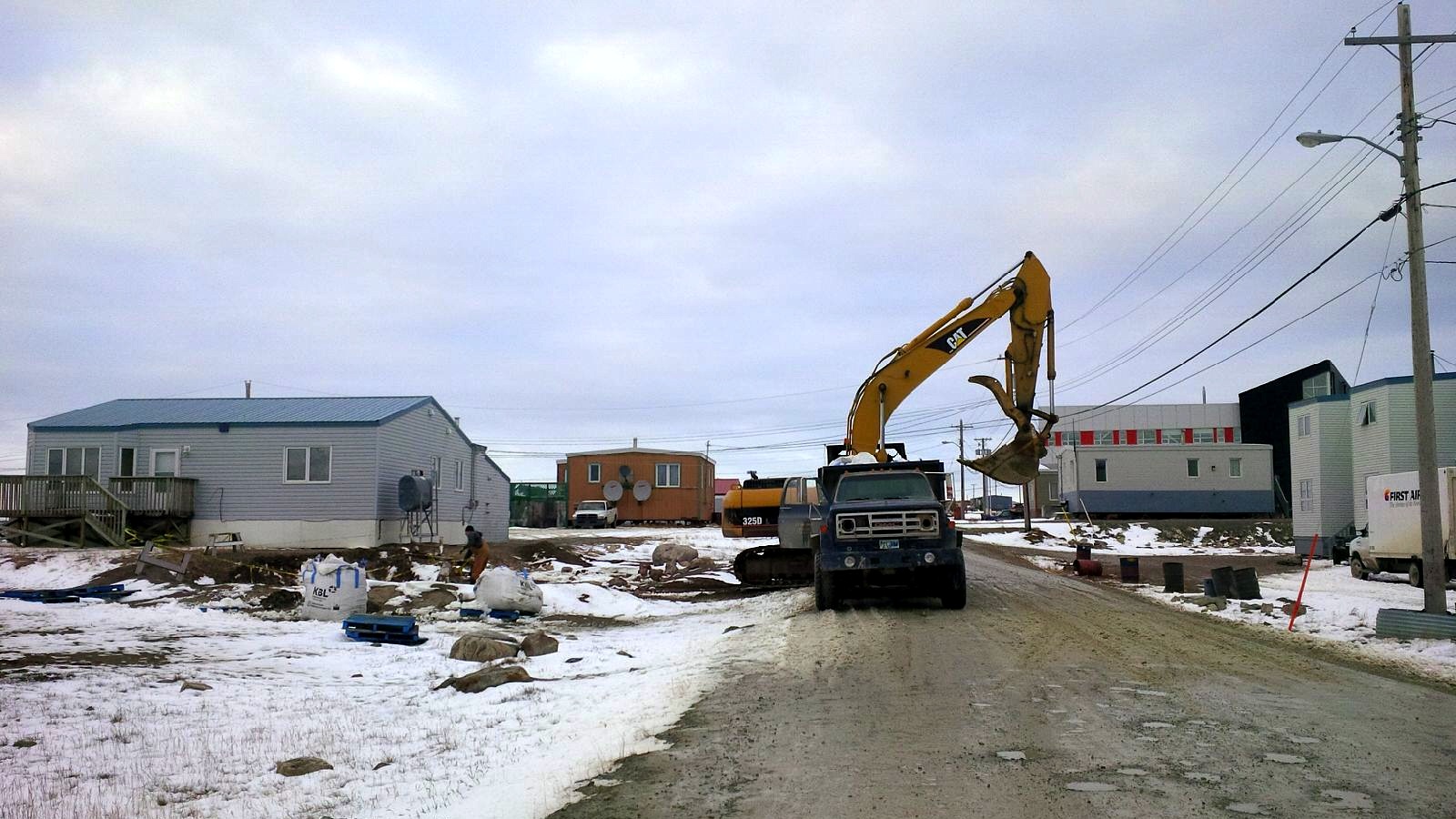 By this time next year, this contaminated soil, now neatly packaged in bags, will have a place to be permanently stored in — in Cambridge Bay. (PHOTO BY JANE GEORGE)

CAMBRIDGE BAY — By next year this time, Cambridge Bay should be the first community in Nunavut to create a land farm for the storage of contaminated soil.

Every year, between three and four diesel spills, generally small ones, take place in this community of about 2,000 people.

It’s not the hamlet’s responsibility, but the Government of Nunavut’s, to oversee spill cleanups, but many residents want to put contaminated soil from spills into the municipal dump.

That was allowed before the 11,000-litre waste oil spill of June 2013 when teens are alleged to have opened the valve on a container, which stored waste oil, and then walked away.

But the hamlet’s water license doesn’t allow that, King said.

Now, those who do spill cleanups can store the excavated soil in special bags that are kept at the municipal landfill at a temporary site.

However, Kitnuna, the Inuit-owned company that does project management, construction, building supply sales, expediting, environmental and fuel services in western Nunavut, is stepping up with plans to create a land farm near the landfill site in 2016.

Right now, Kitnuna has a temporary berm at the dump for contaminated soil that it took from the 2013 spill and other work sites.

But by next year the plan is to have a permanent berm in place, which would be expandable and open to others in Cambridge Bay.

To design the land farm and purchase the berm involves a big investment, Cross said — about $300,000 — but that will be covered in part by user fees.

When mayors and SAOs from around Nunavut attend the Nunavut Association of Municipalities meeting Oct. 8 to Oct. 10 in Cambridge Bay they will visit the landfill, renovated a few years ago for $6.5 million.

And they’ll hear about how Cambridge Bay is now laying the groundwork for new larger waste management plant, which includes household recycling, segregation of waste, and an upgrade of all waste collection and disposal facilities, both sewage and garbage.