Where to be this weekend: an Alianait 2018 guide 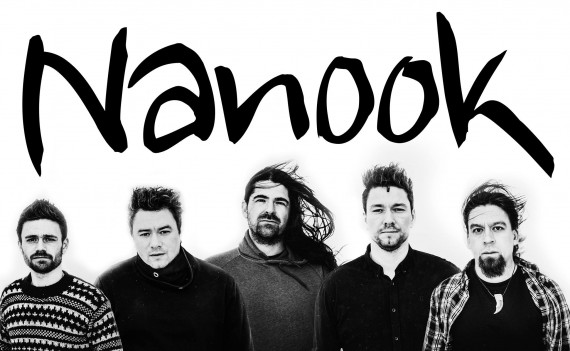 Greenlandic rockers Nanook will return to Iqaluit this weekend, for the annual Alianait Arts Festival.

Whenever Christian Elsner goes on tour he carries a narwhal-tusk necklace as a good luck charm.

This weekend, the lead guitarist and vocalist of the Greenlandic rock band Nanook will bring that good luck charm with him to Iqaluit, where the 14th Alianait Arts Festival starts tonight.

This will be Nanook’s second time performing in Iqaluit, and Elsner says it feels in some ways a lot like home.

“Now that we know people over there it’s going to be great coming back,” Elsner said.

“We look forward to hearing some new music and getting to know more people.”

This year’s festival has a line-up chock full of talent, featuring other northern artists besides Nanook, like Mr. Lazarus Qattalik, Leetia, Leela Gilday and Agaaqtok, among other indie-folk, pop rock and alt-folk musicians from around the world.

Here’s a day-by-day breakdown of highlights:

This Friday at 7 p.m., Ontario’s Brooklyn Doran, an indie-folk singer, will be opening the festival.

Toronto group AHI, pronounced “eye,” will play fun alt-folk with what Alianait describes as a voice like “gravel on silk.”

And closing off the first night, Igloolik’s Mr. Lazarus Qattalik and his gentle Inuktitut brand of folk will be joined with bandmates Allan Kangok, who also plays with Northern Haze, and Billy Jay Ammaq.

Throughout the day on Saturday, Sunday and Monday, Alianait will run free events at the Big Top Tent, Elders Qammaq and museum. From puppet shows to throat singing, a rock school workshop and a talent show, the planned activities are varied and for all ages.

Ladies, there will even be a Haka workshop on Monday at the Elders Qammaq, where women and girls only will learn how to do the Maori war dance and war cry. Men and boys are welcome to observe.

More details on the festival schedule can be found on the Alianait website.

On Saturday night, come out for the Midnight Sun concert where Arctic Bay’s Leetia Kalluk, new to the music scene, will be opening.

Séan McCann, from the band Great Big Sea, will play intimate solo songs like “Take Off my Armour,” which is about his survival of past substance abuse and sexual assault as a teen.

“I have spent most of my life singing a song that just wasn’t right, I see a new end in sight,” the lyrics say.

Yellowknife’s Leela Gilday of the Dene Nation will also play her songs about living in the North. She has a gutsy voice that can howl without falter and a punchy rhythm.

Headlining on Saturday, This Way North from Fitzroy, Australia is a guitar-drum duo with a heavy and playful rock sound.

Still, the weekend plans are not over yet―on Sunday night, there will be a rock music concert, opening up with Arviat’s Agaaqtoq, an Alianait alum and Nunavut rising-talent.

Evan Redsky, now playing solo after five years in the rock group Single Mothers, will play songs off his Danny Wolfe EP, which is rich in Indigenous storytelling.

Jane’s Party, a pop-rock quartet from Toronto, will get the dancing started with songs like “You Are the Light.”

And Nanook, Greenland’s most popular band, will take the stage. The group, now in its 10th year, will play from their newest album of “melodic alternative rock pop” for their Iqaluit fans.

After the free Canada Day activities throughout the day, the final Arctic Dreams Concert will take place.

And the long weekend festivities will close with Māmā Mihirangi & the Māreikura, an all-female contemporary Maori music and dance group from New Zealand.