With new Traffic Safety Act, rules of the road change in Nunavut 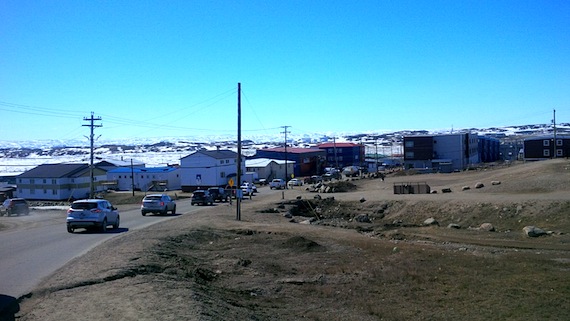 Driving in Nunavut? New rules mean drivers in Iqaluit, shown here, and other communities will, among other things, have to put their cell phones away when they drive. (PHOTO BY JANE GEORGE) 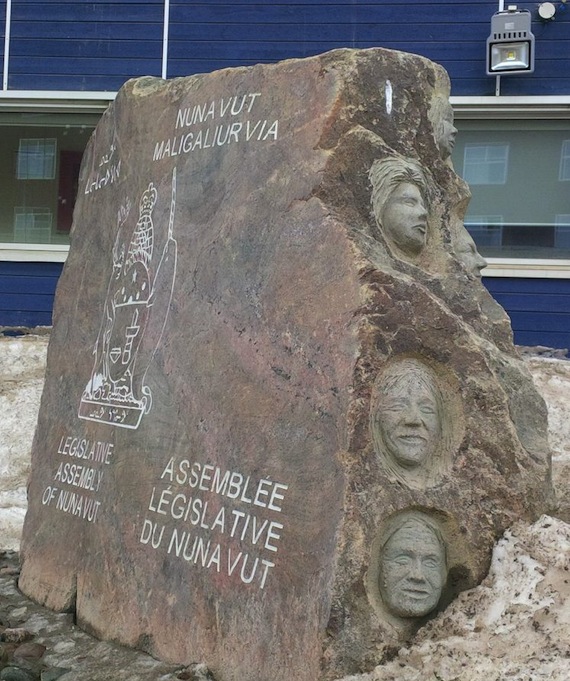 Nunavut’s roads could become a lot safer when the Traffic Safety Act, given assent June 8 in the Nunavut Legislature, comes into force Dec. 31, 2018.

For drivers, the new law will mean that if you’re driving in the territory, you will have to be licensed, put your cell phone down when you’re behind the wheel and face harsher penalties if you’re found to be driving while intoxicated.

The key objective of the new legislation is to improve driver, passenger and pedestrian safety, said Economic Development and Transportation Minister Monica Ell-Kanayuk June 8, as she spoke to the new law in the legislature’s committee of the whole.

According to statistics compiled by Transport Canada, using accident data gathered in Nunavut by the RCMP, Nunavut’s rates of fatalities and injuries are much higher than the Canadian average, she said.

Ell-Kanayuk said improving safety will be achieved by the following:

• increased penalties for impaired driving, including up to 90-day roadside suspensions for repeat offenders, and zero blood-alcohol limits for novice drivers;

• a prohibition against distracted driving, specifically the use of handheld electronic devices such as cell phones; and,

• new regulation-making power allowing for the introduction of a graduated driver’s licensing system through additional testing prior to obtaining a full licence.

The graduated licensing program means if you’re 15 or over and driving any motor vehicle on public roads, you will have to be licensed.

“In what’s called municipal roads or city roads that are public roads, if they’re going to drive on public roads, either a motor vehicle, an ATV, or snowmobile, as long as they’re driving on there, they would need a driver’s licence or a learner’s permit. They would have to be 15 years of age or older,” Ell-Kanayuk said.

By including licensing and safety regulations for off-road vehicles on public roads in the new law, Nunavut has accomplished what Quebec has not achieved yet in Nunavik, despite years of discussion.

If you have an old territorial license, you can keep it but you won’t be able to drive outside Nunavut.

To avoid unreasonable delays in moving through the licencing process, particularly in the smaller communities, government liaison officers will be brought in to assist.

The new act will also cover roads that lead to mine sites such as those leading to the Meadowbank and Meliadine gold mine sites.

And if they are publicly accessible, then the new legislation would apply to the mining companies, Ell-Kanayuk said.

Other amendments to the former motor vehicles act, inherited from the Northwest Territories, are intended to provide additional protection for Nunavummiut, for example, by licensing motor vehicle dealers operating in Nunavut and requiring dealers to provide a used vehicle information package when selling a second-hand vehicle.

The standing committee also raised the need for the territorial government to be prepared to introduce further amendments to the act to address the issue of drug-impaired driving in Nunavut, once marijuana is legalized.

There’s also a new legal framework that would allow the Government of Nunavut to establish a territory-wide end-of-life vehicle fee system.

The Iqaluit City Council had been outspoken about the need for made-in-Nunavut legislation regulating the growing number of old vehicles in the territory.

• Bill 25, An Act to Amend the Consumer Protection Act;

• Bill 49, An Act to Provide for Elections for Municipal Councils and District Education Authorities; and,

The Nunavut legislature is now adjourned until Sept. 12 when MLAs and ministers will sit for the last time during this current term. Nunavummiut will elect a new territorial government on Oct. 30.