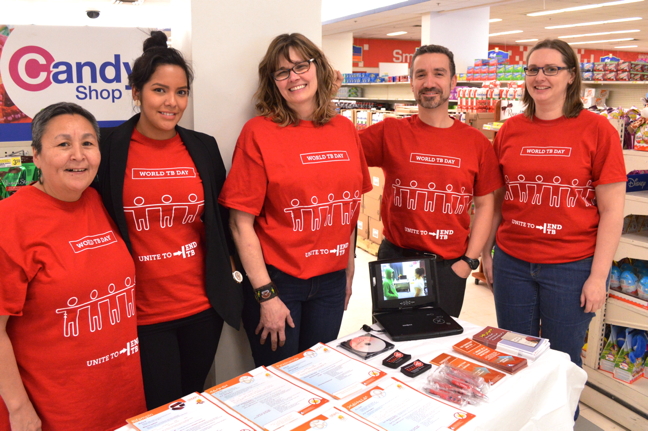 A breakthrough study in tuberculosis treatment promises to dramatically reduce recovery time for patients with latent tuberculosis from nine months to three.

Nunavut’s Department of Health announced clinical trials are set to begin this May, in a news release coinciding with World TB Day, March 24.

“For us it’s a big game changer. Because the current treatment has been around since the 1970s so there’s really been no breakthroughs until this,” TB expert Dr. Gonzalo Alvarez told Nunatsiaq News.

Alvarez is a lung specialist for The Ottawa Hospital and the Nunavut health system, as well as an associate professor at the University of Ottawa.

The new treatment combines the standard TB antibiotics, developed in the 1970s, with a new antibiotic called Rifapentine — recently approved by the Food and Drug Administration in the United States.

According to the New England Journal of Medicine, 8,000 Americans participated in the new trial study, dubbed “3HP.”

Scientists in that study concluded that not only was the new drug combination as effective at curing the disease, but also saw a higher completion rate among participants with latent TB — when a person carries the TB bacteria, but shows no symptoms.

That greater completion rate was due in part to the shorter treatment schedule, but also through smaller doses that are easier to administer in day-to-day life.

“Here in Nunavut people are given medications twice per week for nine months. It’s almost 80 doses that people take,” Alvarez said of the old treatment.

“[In the] new regimen, we can prevent TB by giving 12 doses once a week. Finished.”

Fewer dosages will also result in fewer liver complications, a common side effect arising from the old style treatment.

Alvarez says Nunavut’s trial will not be about proving the drug’s effectiveness — that’s already been accomplished in the American clinics.

“What we’re trying to show is that, for the first time in Canada, that this in fact can also be effective here by looking at the number of people who will actually decide to embark on treatment and complete therapy, as well as determining cost effectiveness,” he said.

“In Nunavut, the cost of doing health care is so much more. Typically we do these studies in order to be able to give government a really sound opinion on the evidence as to if people are going to use it and is it going to be cost effective.”

According to Heath Canada statistics, Inuit TB rates continue to be 30 times higher than the federal objective — and 49 times higher in Nunavut.

Some of that is due to long-standing social issues in the territory, Alvarez said.

“There’s no doubt here in Nunavut we see high rates of TB related to the issues that also affect people who have TB around the world. Those include malnutrition and poor housing, specifically crowding,” he said.

“If one person gets the active form of this disease its very easy to transmit it to other people. Another risk factor that drives the problem here in Nunavut is the high rate of smoking.”

Smoking, Alvarez said, increases the chances of catching the latent form of TB, but also raises the chance of the infection becoming active, and potentially fatal.

Health Canada and the Public Health Agency of Canada are funding the project.

Nunavut’s clinical trials for the new TB treatment will begin in May.

That study is expected to last between 18 and 24 months.