Government imposing law in attempt to enforce its self-isolation rules 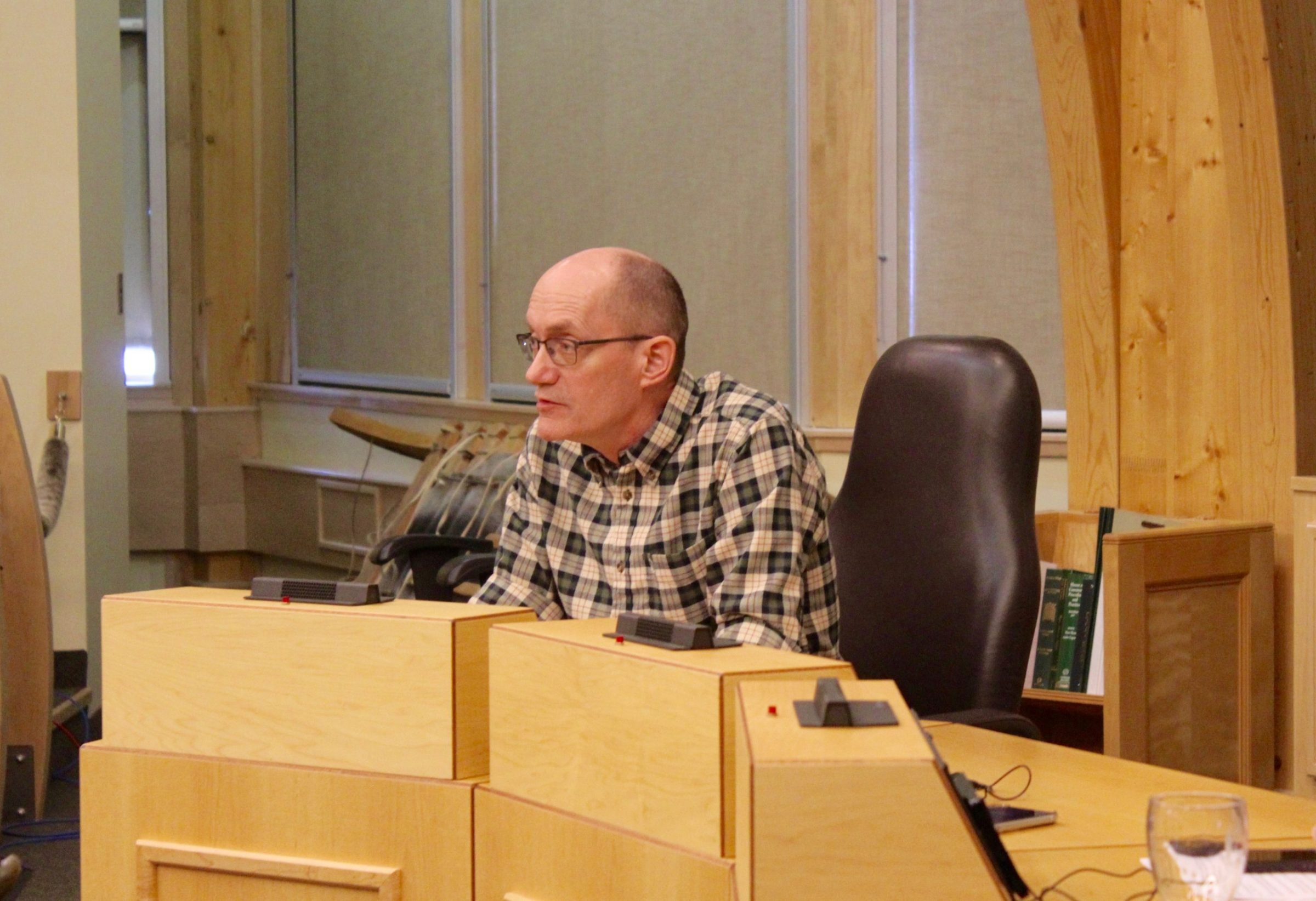 Michael Patterson, Nunavut’s chief medical officer, has signed an order that takes effect today for all Nunavummiut who exhibit COVID-19 symptoms and are under investigation to adhere to mandatory isolation rules. (Photo by Emma Tranter)

A mandatory self-isolation order issued by the Government of Nunavut comes into effect today, Tuesday, March 31.

As of 8 a.m., people with symptoms consistent with COVID-19 who “have been identified by a medical health officer or representative of Nunavut Public Health as a person under investigation” must isolate for 14 days in their home or an alternative location approved by Dr. Michael Patterson, the territory’s chief medical officer, the order reads.

People “under investigation” have been tested for COVID-19, are self-isolating, and have not been cleared by the GN—they are waiting for their test results.

There are still no confirmed cases of COVID-19 in Nunavut.

“I signed an order for people who are identified as a person under investigation and are symptomatic. Isolating at home is mandatory,” Patterson said at a March 30 press conference.

The order will stay in effect as long as the public health emergency is in place.

Patterson said the GN decided to issue the order after “a relatively small group of people” ignored its recommendations.

“What’s happened is a recurring problem with people who have symptoms who may have been exposed to COVID-19 who are under investigation but have continued to go out in the public … when they’re possibly transmitting the disease,” Patterson said.

The RCMP, municipal enforcement, conservation officers and other designated bodies are authorized to implement the order. The full list of people who can enforce the order can be found here, in paragraph two.

Anyone who violates the order could face charges under the Public Health Act, risking a fine of up to $50,000 or six months’ imprisonment.

“I hope it doesn’t come to that, to be perfectly honest. I would hope that with stronger wording and giving people copies of the order, that we can reinforce the importance of this and the risk that they’re causing for other people in their communities,” Patterson said.

If a member of the public sees or knows of anyone who is “under investigation” breaking this order, Patterson said they can contact the RCMP.

“It is a legal matter that could then go before the courts,” he said.

Currently, public health nurses follow up with people “under investigation” on a near-daily basis, Patterson said.

Patterson said under normal circumstances, there is little that public health officials can do to prevent someone from leaving isolation unless they know for certain that someone has a communicable disease. But under the order, anyone who has symptoms and is under investigation must self-isolate.

This is the first time in Nunavut that such an order has been written, Patterson said.

“It’s not very common to have to write these orders even with other illnesses like tuberculosis.”

After complaints about living conditions in hotels where some Nunavummiut are beginning 14 days of isolation before returning home circulated on social media, Premier Joe Savikataaq urged people to be patient with GN officials and hotel staff.

“We hear you, and we are trying to make positive changes. This situation has not been smooth, but pulling all this together so quickly is not easy. We had to plan and implement this very quickly when we decided to restrict travel into Nunavut for everyone’s safety,” Savikataaq said.

“I appreciate that it’s hard for many people, but COVID-19 is truly a life and death situation, and we aren’t willing to take any chances.”

Patterson said the GN is also working to get country food into the hotels for people who want it.

Visitors to the hotels are prohibited and anyone wanting to go outside must be accompanied by a security guard. People can speak to counsellors and access mental health services over the phone, Patterson said.

“All these measures are in place for our safety. If nothing happens during this time, that’s exactly the point,” Savikataaq said.

Patterson also told reporters that although he has not made an announcement yet, it is likely that school closures will be extended for another two weeks.

Updated information on COVID-19, including details on the new mandatory isolation order, can be found on the GN’s website.