Technology being used not an option for Nunavut communities, says chief medical officer 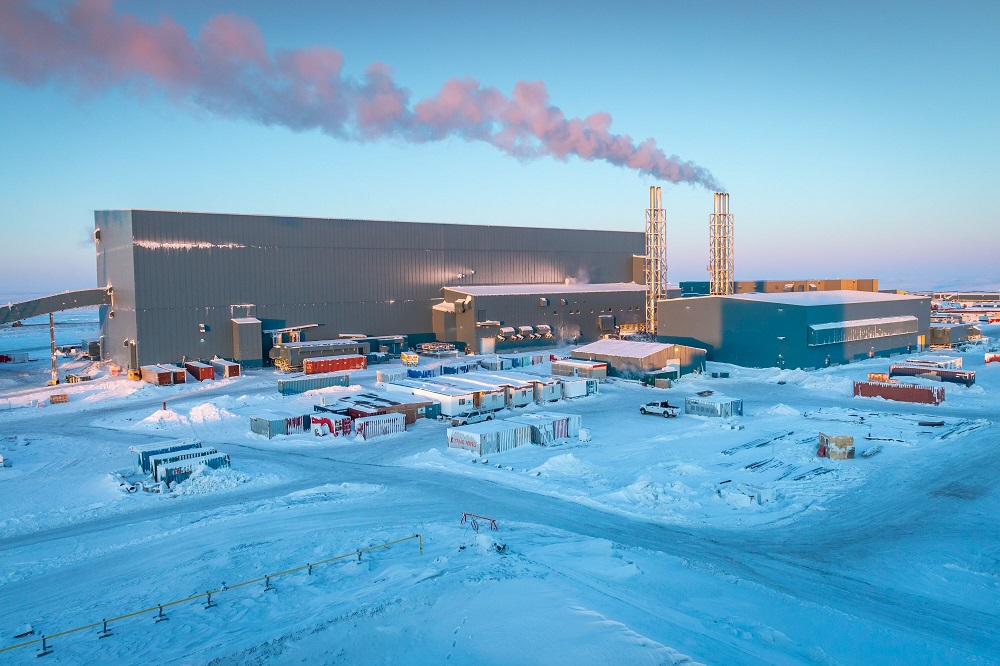 Agnico Eagle’s Meliadine mine site near Rankin Inlet, pictured here, is home to a pilot project that uses a mobile lab to test for COVID-19 run by a professor at Université Laval. (File photo)

A Nunavut mine has begun conducting COVID-19 laboratory tests for employees on site.

Agnico Eagle’s Meliadine mine near Rankin Inlet started running the pilot project led by Dr. Gary Kobinger, the director of the Research Centre on Infectious Diseases at Université Laval, on Monday, April 6.

“We developed what’s called a mobile lab that we can move quickly and deploy to do diagnostics on site. The goal of this is to reduce the time from sampling to basically getting the result because we don’t transport the sample over hundreds of thousands of kilometres,” Kobinger told Nunatsiaq News.

The mobile lab can return test results for COVID-19 within three hours, on average, Kobinger said. Right now, tests are performed on a voluntary basis.

“In the context of an emerging virus, an outbreak, a pandemic, it’s not a viable option to wait 10 days in order to be able to take action,” Kobinger said.

Last month, the mine announced it was sending its Inuit employees at its Meliadine and Meadowbank mines home with pay to help address concerns about the potential spread of the new coronavirus.

Some Rankin Inlet residents also recently blocked access to the road that leads to Meliadine over concerns about exposure to COVID-19 from southern workers.

The mining company has also adjusted its operations so southern workers arriving in Nunavut do not interact with the community. Workers getting off the plane now go straight into a bus that takes them to the mine site.

The new testing on site does not change those rules, said Dominique Girard, vice-president of Nunavut operations at Agnico Eagle.

“These measures are to supplement all the other ones. We’re just adding another layer. It’s never been a question if we’re going to change this,” Girard said.

Kobinger said the mobile lab at Meliadine has the capacity to run up to 200 tests a day. Provincial labs can usually have a capacity of around 1,000 tests a day, he said.

At a news conference on Monday, April 6, Nunavut’s chief medical officer, Dr. Michael Patterson, cautioned that the testing at Meliadine is not a substitute for 14 days of isolation and was not currently being considered for use by the Government of Nunavut.

He added that COVID-19 testing equipment used by the Department of Health must not only meet Canadian standards for testing, but must also be able to be deployed in all of Nunavut’s communities.

“The equipment used by Agnico Eagle mines does not meet these criteria,” Patterson said.

Kobinger confirmed that the mobile lab at Meliadine has not yet received approval from Health Canada.

To get approval for testing, labs are presented with a set of samples that may or may not have COVID-19. The labs then conduct testing on those samples and pass those results on to Health Canada to determine if the results are accurate enough to be approved. Patterson predicted Kobinger and his team should get a response from Health Canada within the next week.

“The first step for us was to run those samples to qualify the lab on site. It takes a little time. It’s the same process for all the hospitals,” Kobinger said.

The testing equipment used at Meliadine is also able to confirm whether someone has COVID-19 even if they do not show any symptoms, Kobinger said.

Patterson said the error rate in trying to detect COVID-19 in people with no symptoms is around 30 per cent, meaning someone could test negative but still develop the disease later on.

“I don’t mean to say that we wouldn’t work with them to make use of this machine. I have the utmost respect for the people who are doing the work. My concern is that using the test to try to predict who’s going to, or who’s at risk of developing COVID-19, in the next week or two is not what any of these tests are designed for. And there’s a significant error rate when you do that. There’s still a lot of research going on to figure this out,” Patterson said.

“It’s that false sense of security that has me concerned. We need to clear that up.”

Kobinger said as part of the approval process, the first 30 positive COVID-19 tests from the pilot project need to be verified by another institution.

“We are co-ordinating with the national microbiology lab, so if ever we were to have a positive result, we would send them the sample and they would confirm it and we would call it presumptive until then,” he said.

As of April 6, Kobinger and his team had collected 46 samples for testing from workers on site.

Kobinger said that the Meliadine mine site was a good place for the pilot project to launch.

“And we are in a site [with workers who are] travelling a lot, back and forth right now. It’s kind of a safe way to evaluate the benefit and what this technology can actually do,” he added.

If an employee does test positive for COVID-19 through the on-site testing, they will be isolated in the mine site and sent south, Girard said.

The pilot project is also expected to start “as soon as possible” at Agnico Eagle’s Meadowbank mine near Baker Lake, the company said in a news release.