“Nunavut needs more, and we need it now” 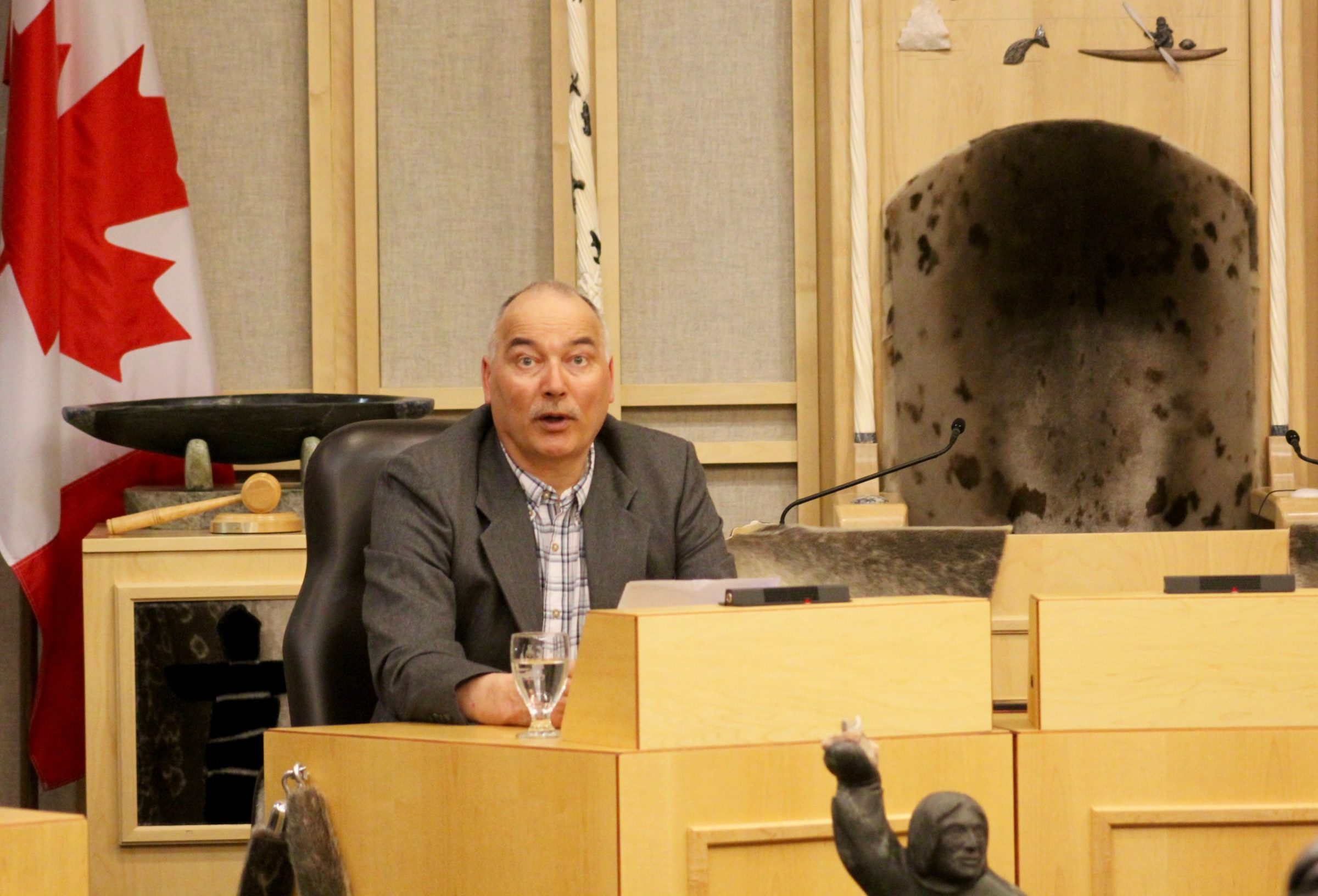 Nunavut Premier Joe Savikataaq said he is disappointed that the federal government did not provide all the funding that his government had requested to prepare for the COVID-19 pandemic. Prime Minister Justin Trudeau announced on Tuesday that Nunavut would receive $30.8 million in pandemic preparedness funding, plus $5 million to support its airlines. Savikataaq said that’s $7 million short of what his government had asked for. (Photo by Emma Tranter)

Nunavut’s premier says the territorial government was “shortchanged” in its request for federal funding to help prepare for and deal with the COVID-19 pandemic.

“It’s not even a drop in the bucket,” Premier Joe Savikataaq told Nunatsiaq News.

Of that money, $72.6 million will be split among Yukon, the Northwest Territories and Nunavut for health care and community preparedness. Nunavut will receive $30.8 million, plus up to $5 million for air services.

The territories will also have access to $15 million through the Canadian Northern Economic Development Agency to support businesses. Another $25 million will go to Nutrition North Canada to increase subsidies on food and hygiene products in northern and remote communities.

“While we welcome these funds and the relief it brings, Nunavut needs more, and we need it now. Nunavut is chronically underfunded, and we cannot be expected to deal with this new global reality from behind the starting line,” Savikataaq told reporters at a regular news conference on Tuesday, April 14.

But Savikataaq said the Government of Nunavut had originally asked for $42 million from the federal government—meaning the territory will receive about $7 million less than it asked for, when the airline funding of $5 million is included.

“It made four weeks of waiting that much harder when we realized we didn’t even get all that we asked for,” he said.

“From the time they asked for the request, we put it in within two days. It was a rush job on our end to get the funds as quick as we could.”

Savikataaq said he spoke with federal Northern Affairs Minister Dan Vandal after the funding was announced on Tuesday to express his disappointment.

“He was supportive and he understood, especially about the airlines,” Savikataaq said.

“He knows my disappointment that not only did it take so long, but we’re behind now on the stuff we could have spent the money on,” Savikataaq said. “We’ll just be reimbursing some of that and we still have all these expenses we’re incurring.”

To date, the GN has spent $20.4 million on COVID-19 prevention. Savikataaq said the GN’s greatest needs right now to prepare for a potential outbreak include additional medical staff and personal protective equipment.

“It just puts us behind where we can’t catch up.”

Savikataaq said that although he hasn’t yet heard when the newly announced money will start flowing to the GN, it will be used to purchase additional health equipment and supplies. It will also help reimburse the GN for the $2 million it has spent to date on isolation hubs in the south for Nunavummiut returning to the territory.

But one of the GN’s biggest expenses during the pandemic has been keeping Nunavut’s airlines afloat. Last month, Nunavut closed its borders to all except residents and critical workers. In-territory flights have also been reduced.

The GN is currently providing $2.25 million weekly to Nunavut’s airlines.

“We’ve been funding the airlines substantially and in the [federal government’s] funding they are helping but not to the extent that we thought they were going to. We’re still paying by far the bulk of the subsidies to the airlines.”

Savikataaq said the GN is already working on a second request to the federal government for more funding based on anticipated needs and gaps in the funding announced on Tuesday.

“This is just the initial payment of money that we thought we were going to get very quickly. It wasn’t very quick. But this was just a basic ask so that we could get some money right away. We are working on another ask and hopefully we’ll get better results on that one.”

Of that amount, Inuit received $45 million, which the Inuit Tapiriit Kanatami board of directors decided to divide among the four Inuit regions: Nunavut, Nunavik, Nunatsiavut and the Inuvialuit settlement region.

The breakdown of federal funding for the territories announced on Tuesday is as follows:

Correction: This story was updated to say “$72.6 million will be split among Yukon, the Northwest Territories and Nunavut for health care and community preparedness” as opposed to “$76.2 million….” We regret the transcribing error.