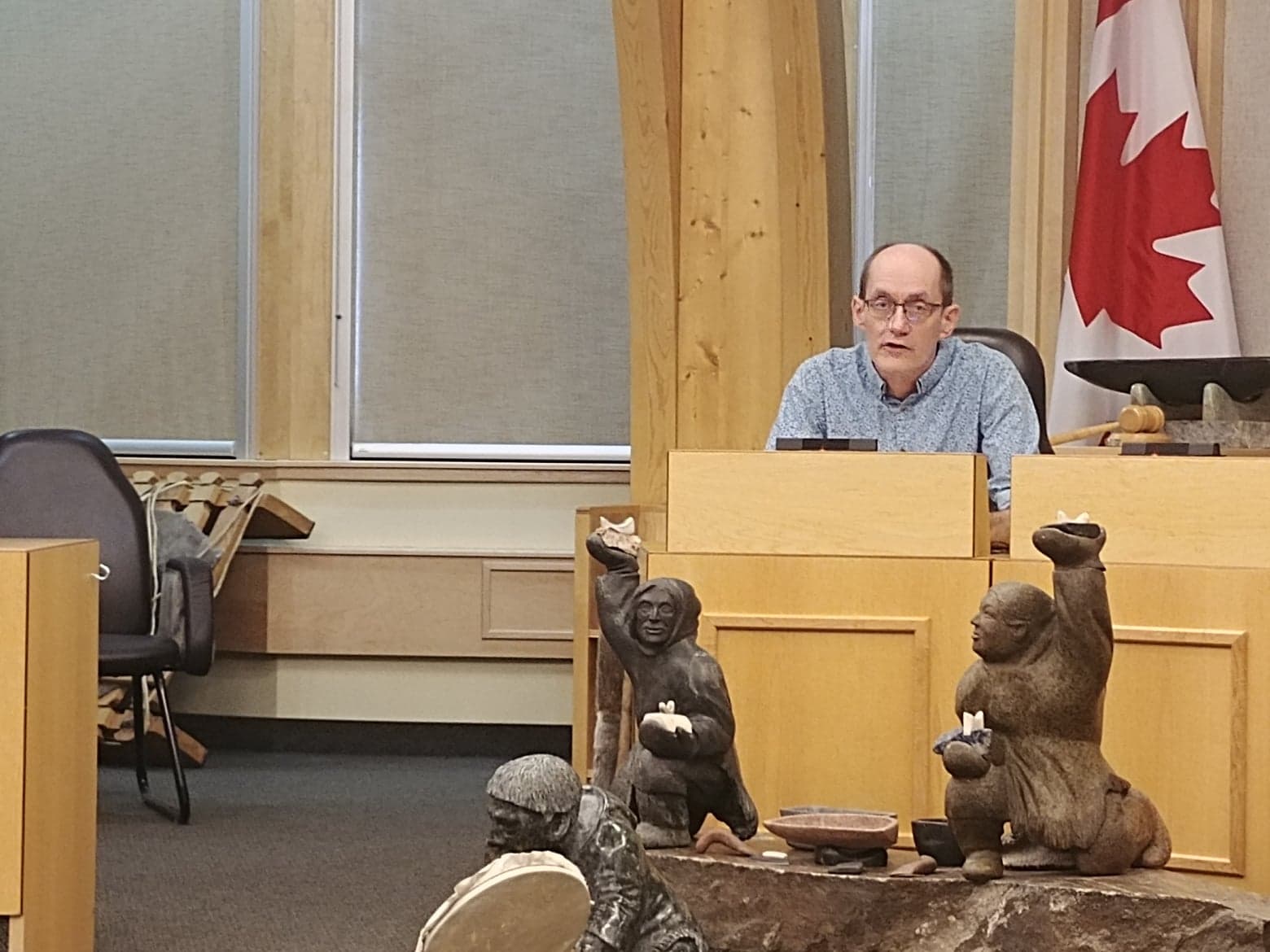 The Government of Nunavut has replaced an open-ended ban on gatherings of any kind with a more limited ban on social gatherings of more than five people to help prevent the spread of COVID-19.

Residents can get together for dinner, to play sports, to have play dates, or to engage in cultural activities.

However, the GN continues to strongly recommend that people avoid gathering unless it’s with members of their immediate households.

An earlier order was issued on March 23, after the GN enacted a public health emergency on March 20.

Under the Public Health Act, the GN is allowed to create orders that restrict movement and gatherings for the sake of public safety.

“Saying zero was too impractical and too confusing for people and led to things like, ‘Could two coworkers go across the street to get coffee from Quick Stop?’” Patterson said.

Allowing gatherings of five seems to be the national standard, he said, “so it seems appropriate under our current circumstances to go with that number.”

The Canadian Civil Liberties Association sent a letter on April 8 to Nunavut’s justice minister, saying the original ban on social gathering was so broad that it was unconstitutional.

That’s because, the association said, the ban didn’t define what a public gathering was.

Patterson announced the revised order in a statement read out during the GN’s COVID-19 update on Monday, April 27. In it, he said the new order doesn’t mean restrictions are being loosened, or that the GN has re-assessed Nunavut’s position or tolerance for the risk of COVID-19

Instead, he said the territory is bringing itself in line with what other jurisdictions are doing, and making its measures clearer and more consistent to apply and enforce.

“It is strongly recommended that Nunavummiut limit contact with anyone who is not a member of their immediate household,” Patterson said.

“Any social gathering carries a degree of risk.”

Under the new order, the size limit for social gatherings doesn’t apply to people who don’t have their own home who are temporarily staying in someone else’s home, or individuals travelling in a vehicle together, “provided that the number of passengers does not exceed the number of seats available.”

You can read the order here to see the full list of exceptions.

Businesses that remain open must have enough room that customers can keep two metres apart, or the business must limit customers to five at a time.

Restaurants may remain open for takeout and delivery.

Hair salons and massage therapy businesses will remain closed. Dentists, vets and psychologists will too, except in cases of emergency.

The new order clarified that essential service providers can gather with less than two metres between them, but only if there is no other option, which is the overall intention of the order. These include people like health-care workers, the RCMP, child protection workers, municipal employees and people who work at the Qulliq Energy Corp.

The new order also said the two-metre restriction doesn’t apply in public places like the airport, or Iqaluit’s beer and wine store, which has its own strict physical distancing measures.

The RCMP, bylaw officers, conservation officers and sheriffs will enforce the rules laid out in the order. Penalties that can be laid only by RCMP include fines up to $50,000 and six months in jail.

Bylaw officers in Kugluktuk have gone into private homes to break up card games, giving people warnings and educating them about the danger of gathering at this time.

Patterson said that since the first order was enacted over a month ago, nobody has been charged or ticketed, and that the intent of the order isn’t to penalize the public.

The new order gives those enforcing it a “clear cut-off for when to stop and educate people,” Patterson said, “or make an intervention to try and limit the risk that a gathering presents.”

Patterson said that the public health emergency has to be re-enacted every two weeks or it will expire. So the original order was renewed on April 3 and 17 and replaced on April 24.

He said he will keep renewing the emergency act until the threat of COVID-19 lessens, or if more strict measures are needed, for example, if COVID-19 is discovered in Nunavut.