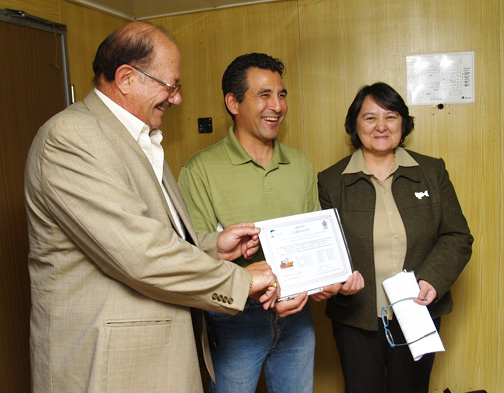 The sealift company announced July 9 it’s shipping for free the materials for one housing unit in each of the 14 Nunavut communities it serves.

The move is a way to mark NNSI’s tenth anniversary, said general manager Waguih Rayes. In a news release, NSSI also noted the GN’s decision to award a one-year extension to sealift contractors.

“We wanted to do something, we didn’t know exactly what,” Rayes said July 12. “When you talk about housing, it touches everybody.”

Communities in South Baffin, Foxe Basin and the Kivalliq region will each get building supplies for one housing unit shipped for free. The free shipping is worth more than $400,000.

NNSI held a formal announcement aboard the Anna DesGagnes July 14, nine years to the day after its first shipment arrived in Iqaluit.

Hunter Tootoo, the housing minister, hailed the announcement as an example of cooperation between government and the private sector.

“They (NSSI) recognize the severe housing shortage we have in the North, so I think it’s just an opportunity for them to say ‘we recognize housing is…a very important issue throughout the territory.’”

But NSSI’s donation won’t make a difference to the housing trust fiasco, Tootoo said, because the housing corporation—and other GN departments—already paid the bill for the shortfall with cutback and deferred capital spending.