“It was a difficult time for us and we were searching for something better,” says Pond Inlet’s mayor 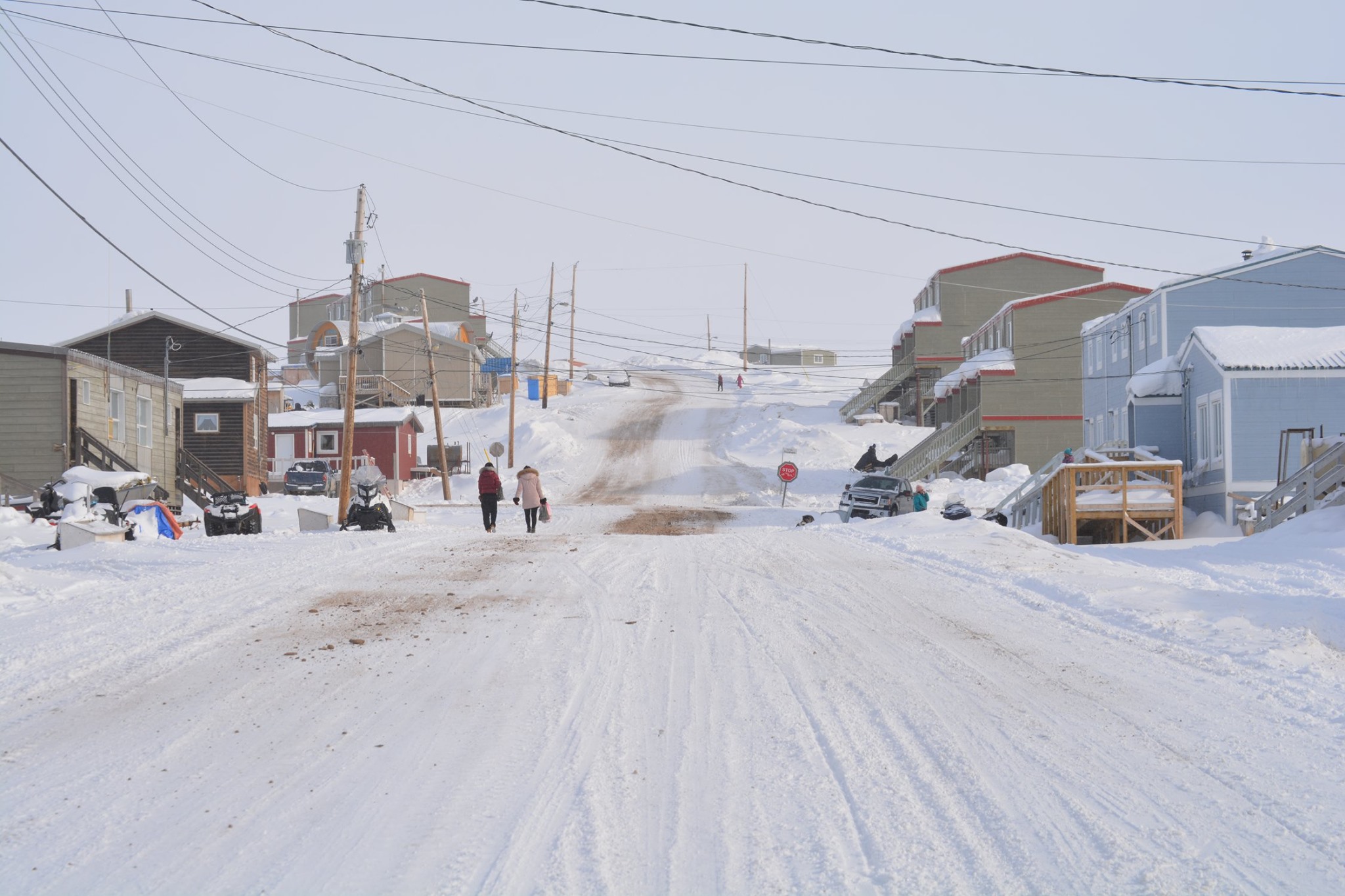 For four days, Pond Inlet, pictured here, lived with the news that its community had the first case of COVID-19 in the territory. That case turned out to be a false positive. Joshua Arreak, Pond Inlet’s mayor, said the good news felt like a burden was lifted from the community. (Photo by Norman Koonoo)

David Qamaniq was about to leave his house in Pond Inlet the morning of Monday, May 4, when his phone rang.

It was George Hickes, Nunavut’s health minister, calling to say that Nunavut was once again COVID-19 free. The case of COVID-19 in Pond Inlet, Qamaniq’s community, was a false positive, Hickes said.

Qamaniq, who represents Pond Inlet in Nunavut’s legislative assembly, said he was thrilled to receive the news.

Four days earlier, on April 30, Nunavut’s chief public health officer had announced a case of COVID-19 in Pond Inlet. It was also Nunavut’s first confirmed case. For privacy reasons, the Government of Nunavut did not release any details about the person who had tested positive.

But, after a second test of the initial swab, a new test and a thorough contact tracing in the community, the case turned out to be a false positive.

When the case of COVID-19 in Pond Inlet was initially announced, Dr. Michael Patterson, Nunavut’s chief medical officer, said all travel to and from the community would be restricted. Stores in Pond Inlet could only let in 10 people at a time and all non-essential services were closed.

But with the announcement of no confirmed cases in the community, those extra restrictions were lifted.

“Kids had been stuck in the house. When we heard the good news, children started to play outside. Some were sliding on the hills and some were outside their house enjoying the spring weather,” Qamaniq said.

Joshua Arreak, mayor of the north Baffin community of about 1,600, says the news lifted a “great burden that was over us.”

“This burden was placed on us for all of Nunavut. We were put on the spot,” he said.

Until then, Nunavut was the only province or territory in Canada with no confirmed cases of COVID-19.

“It was devastating to hear that we had a case in Pond Inlet of all places, way up in the northern tip of Baffin Island,” Arreak said. “We placed Nunavut on the map.”

Arreak said messages of support poured in from all over the country during those four days when Pond Inlet lived with what was, at the time, considered to be a confirmed case of COVID-19.

“There was overwhelming support from all over the place. Prayers were offered.… It was a difficult time for us and we were searching for something better,” Arreak said.

Arreak said the news of a confirmed case of COVID-19 in Pond Inlet was felt by the whole territory. As bad as the news was, it also reminded him of how connected Nunavut is across its 25 communities, he said.

“The meaning of Nunavut is our land. It also means our home, our communities…. When we say Pond Inlet, we say Nunavut. That makes us. That links us. We’re in it together,” Arreak said.

Qamaniq agreed that despite the bad news, the community pulled together. With everyone stuck at home, a local radio station invited people to come on air and tell stories into the late hours of the night.

“They talked about funny things that happened in their lives, just trying to cheer everybody up on the local radio and try to avoid negative announcements or negative comments about what had happened,” Qamaniq said. 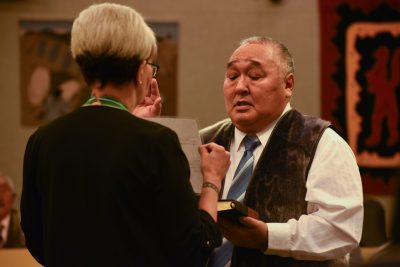 David Qamaniq, Pond Inlet’s MLA, says he is grateful for the help of Nunavut’s rapid response team, which flew to Pond Inlet the day the positive case of COVID-19 was announced. (File photo)

Qamaniq, Arreak and other members of Pond Inlet’s hamlet council had also planned an emergency meeting on May 4 to discuss putting a curfew in place. But with the good news they received that morning, that meeting was called off. Qamaniq said the hamlet plans to bring it up at their next council meeting.

Qamaniq and Arreak both praised the rapid response team that was deployed to Pond Inlet to assist the community. The team flew the just over 1,000 kilometres from Iqaluit to Pond Inlet on April 30 and landed in what Qamaniq described as white-out conditions.

“The charter plane managed to touch down in the community. They did a phenomenal job at checking other people in the community who were close to the person. They were also open to people who wanted to get a test for COVID-19,” Qamaniq said.

“It was a crazy first day. Nobody really knew what to do, but we had to calm everyone else and tell them not to panic,” Arreak said.

“We’ve had experiences in the past of tragedies and accidents, so we had to calm ourselves and the community. Everybody sort of just complied with that with good nature,” Arreak added.

Diagnostic testing is a lot more complicated than the positive or negative results it reveals, according to Isaac Bogoch, an infectious disease specialist based at the Toronto General Hospital.

“I think the rate of false-positive tests is still probably very, very small, but of course it’s not zero,” he said.

In the context of the COVID-19 pandemic, Bogoch said it’s likely that false positives are being treated as positive cases. In Nunavut’s case, contact tracing revealed that none of the individual’s contacts had COVID-19. That prompted a retest of the initial swab and a second test.

“I don’t know what the rate of false positives are, but it’s likely to be very small and based on some of the data that’s come out. It does seem to be a pretty rare event,” Bogoch said.

False-negative tests, on the other hand, are more of an issue, Bogoch said.

“If there is a virus there, the test will find that virus. But there can be problems with how you conduct the test. It involves taking a pretty big swab and sticking it pretty far back into the nose. It’s not comfortable. A lot of the time we’re getting false-negative tests because people aren’t sticking the swab back far enough into the nose … and we don’t get enough of a sample,” Bogoch said.

Arreak said he is thankful that things can go back to the way they were in Pond Inlet, before the positive case was announced. That means continuing to follow the chief public health officer’s orders, he said.

“We were doing everything everybody else is doing in Nunavut and Canada. Social distancing, washing hands, no contact with anyone, no visiting,” Arreak said.

Arreak also praised the territory’s leadership for their work throughout the pandemic.

“We would like to commend Dr. Patterson and our premier and our ministers. All the people that are doing their best not just to support Pond Inlet, but Nunavut. They’re doing a great job, working tirelessly, and doing it for Nunavut,” Arreak said.

“We’re in this together. We have to go on. This is life.”