“If it was safe to release these people, why were they ever detained in the first place?” 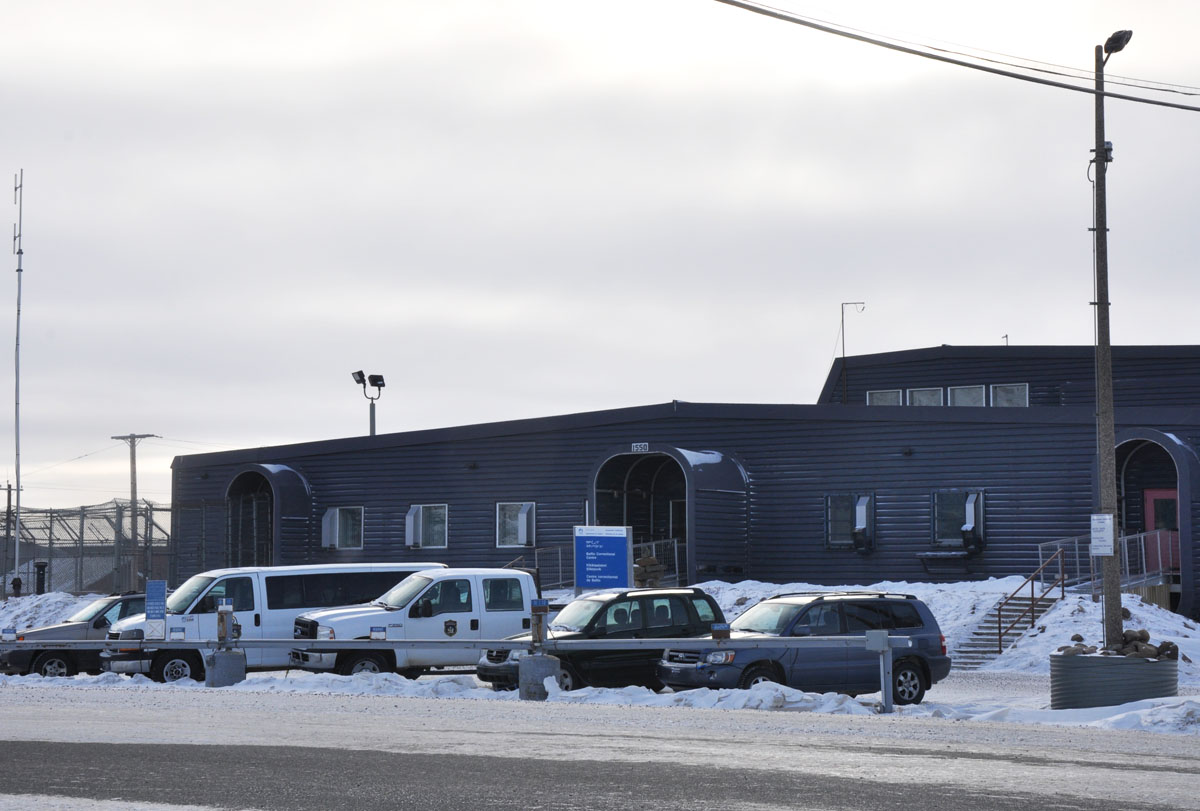 As of April 1, 23 Nunavut inmates have been released as part of COVID-19 prevention measures, including from Baffin Correctional Centre, pictured here. Although it’s an important step, it also raises questions around why people are incarcerated in the first place, the chief executive officer of Nunavut Legal Aid says. (File photo)

Since April 1, 23 inmates have been released from Nunavut’s correctional institutions as part of COVID-19 prevention measures.

According to Nunavut’s Department of Justice, its corrections division “reviewed the inmate population and released sentenced inmates who were eligible for early release.”

“The corrections division has taken steps to identify inmates that were due for early release and are low risk and have released them in order to allow for more space at BCC,” Stephen Mansell, Nunavut’s deputy minister of justice, told Nunatsiaq News.

The 23 inmates were released in response to the public health emergency declared on March 18 because of the COVID-19 pandemic. Any further releases beyond April 1 would be the result of regular procedures, the department said.

“We’ve freed up some space in the facilities in order to allow for cleaning and a little more distancing,” Mansell said.

The department could not provide specifics on its plans if someone were to be infected with COVID-19 within the correctional facilities.

“Given the heightened security risks associated with corrections, we cannot provide specific details regarding our individual institutional plans,” the department said.

During the pandemic, inmates have also been given free access to local and long-distance calling, Mansell said.

Inmates who arrive at a correctional facility in Nunavut are screened by a nurse for COVID-19. New inmates are also isolated for 14 days upon intake.

Although new inmates must spend 14 days away from other inmates, that period of isolation is not solitary confinement, Mansell said.

“They are isolated from the other inmates, but they have regular contact with staff. They have access to a television, access to as many phone privileges as they’d like. Snacks are made available as well.… It’s important that people in Nunavut understand this is not 14 days of solitary confinement,” Mansell said.

Justin Piché, a professor of criminology at the University of Ottawa, has been tracking COVID-19 cases at correctional facilities across Canada since the pandemic began.

“At the Joliette Institution for Women, 51 prisoners and 49 staff members got COVID-19.… Some provinces and territories have taken that pretty seriously and have moved in significant ways. We have released almost 5,000 prisoners in Canada since this pandemic began,” Piché said.

Piché said he believes the pandemic has shown that those who are most vulnerable to COVID-19 are people who are already marginalized, such as those in long-term care homes and correctional facilities.

“I think what the pandemic has … thrown in our faces now that the people who are most subjected to COVID-19 are those who are actually made vulnerable by our societal structures,” Piché said.

“One is, if it was safe to release these people, why were they ever detained in the first place? Over the years, we’ve normalized this system where we maximize the detention of people and we deny people bail and what this has revealed is this just doesn’t have to be the case,” Cowan said.

Cowan said the recent releases are not the result of a change in the law, which further emphasizes the need to re-evaluate why people are not being released earlier in the first place.

“The law was just applied the way it should have been all along. And I think that’s something that we should be paying attention to when we get out of this, because if not, we’re just going to see those pre-trial detention rates increase,” he said.

Cowan said although he hopes the circumstances of the COVID-19 pandemic make way for lasting change, Canada’s justice system relies on principles that are out of date in a modern context.

Although the pandemic has caused Nunavut’s justice system to adjust to a new reality, it has also raised questions about the future of access to justice in Nunavut, Cowan said.

“It can’t be, ‘How can we be better prepared for a pandemic?’ It has to be, ‘Are we serving the citizens of this country and the people that need access to justice in a way that is safe and fair and humane?’ And I think we’ve lost the thread of that significantly. Hopefully this will bring it back…. Frankly, we should always be concerned about people in custody. You don’t need a pandemic to be concerned about that,” Cowan said.