Iqaluit AWG arena to be ready for skaters this fall 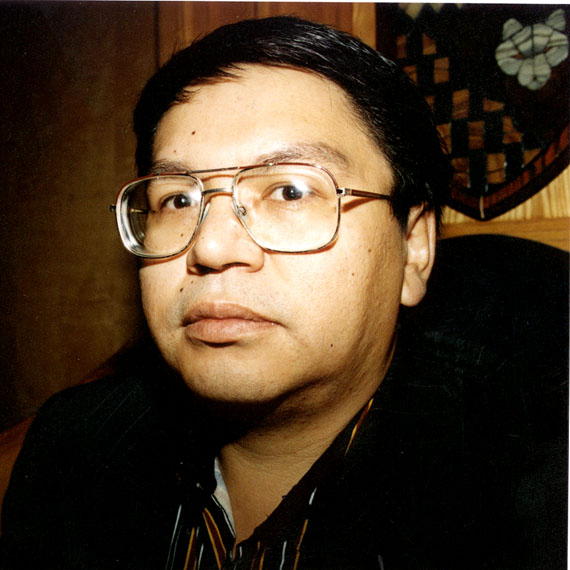 Goo Arlooktoo, the former South Baffin MLA and deputy premier of the Northwest Territories, died suddenly at his Iqaluit home in 2002 at age 38. The Arctic Winter Games Host society is now proposing to re-name the AWG arena after Arlooktoo, who once served as a director on the host society. (FILE PHOTO)

Iqaluit’s recreation coordinator, Amy Elgersma, told city council this past week that she expects the arena to be ready for the start of the 2010-2011 hockey season in September or October.

The city, the territorial government and the federal government each contributed $750,000 to do the $2.25 million repair job, which began this past summer

John Hussey, the Iqaluit senior administrator, said the repairs should be finished by July, which will allow the arena to serve as a venue for special events over the summer before the ice goes in this fall.

During the city’s annual budget presentations, Elgersma said the recreation department may try to put together a course on ice maintenance with recreation personnel from the hamlets.

She said she intends to apply for funding from the territory’s department of culture, language elders and youth and Sport Nunavut.

Victor Tootoo, director of the AWG host society, appeared before council to ask that the arena be renamed in honour of the late Goo Arlooktoo, who served as MLA for South Baffin and as a cabinet minister in the Northwest Territories legislative assembly between 1995 and 1999.

Arlooktoo briefly served as deputy premier and then for a short while as acting premier of the NWT following the resignation of disgraced ex-premier Don Morin.

Arlooktoo had been touted as a leading contender for the Nunavut’ premier’s job, but he lost his seat to Olayuk Akesuk in the February, 1999 territorial election.

Arlooktoo was also director of the AWG host society in 2002, when Iqaluit hosted the Arctic Winter Games for which the arena was built and named.

Tootoo also asked if the city could bring Arlooktoo’s family to the arena’s opening and perhaps arrange a painting or other art work to honour Arlooktoo’s memory.

Council referred Tootoo’s requests to the city’s recreation committee, with a direction to contact Arlooktoo’s father – his surviving parent – to see if he consents to the use of Arlooktoo’s name.

Tootoo also asked the city to look into floorboards to cover the ice at the arena in the winter so it could be used as multi-purpose facility.