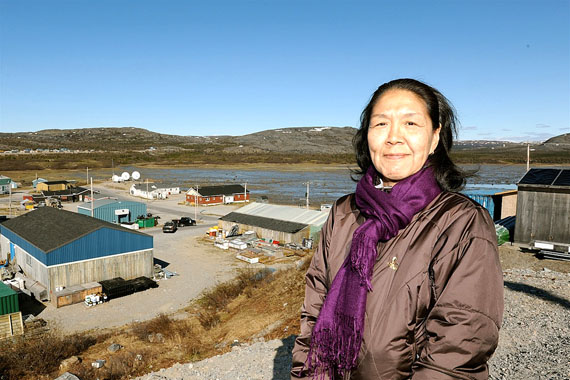 Kitty Annanack, mayor of Kangiqsualujjuaq, wants the Northwest Territories government to acknowledge the impact that the closing of Killiniq had on the housing shortage in her town. (PHOTO BY PASCAL POULIN) 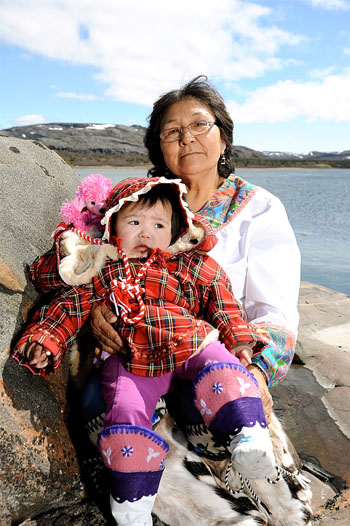 Sophie Keelan attempted in 1987 to recreate the old community of Killiniq at an inland location called Taqpangajuk, but the lack of services, especially a school, made it too difficult. Keelan is now happy to call Kangiqsualujjuaq her home. (PHOTO BY PASCAL POULIN) 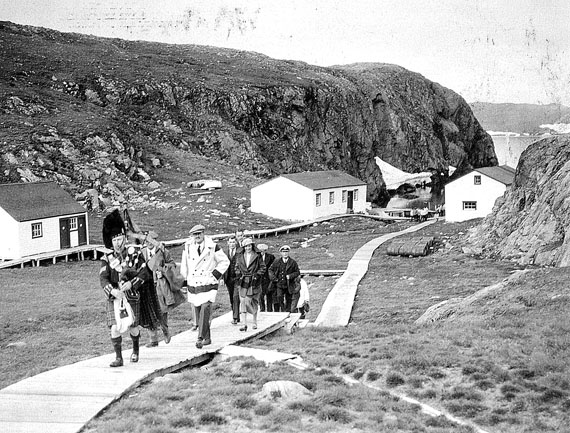 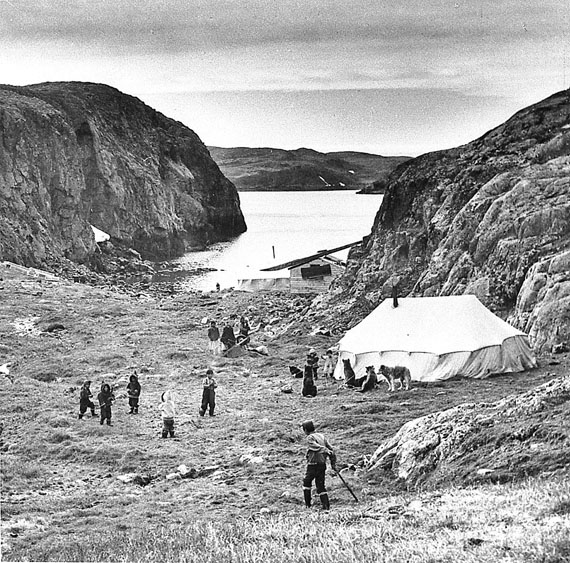 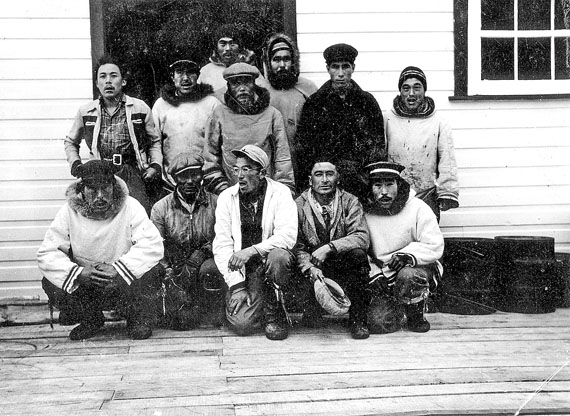 The mayor of Kangiqsualujjuaq wants official acknowledgement that the relocation of Inuit from the Northwest Territories community of Killiniq — then known as Port Burwell— more than 35 years ago aggravated today’s housing crisis in her community.

Kitty Annanack says the 1978 closure of the community on Killiniq Island, then administered by the Government of the NWT, created an influx of new families needing homes in a village that was — and still is — struggling with a housing shortage.

Most of the 47 people evacuated from Killiniq that year ended up calling Kangiqsualujjuaq their home, she said.

“I remember there was one big family and we had no choice but to put them in a matchbox [house],” Annanack said. “But I know they went through a crisis [from living in those conditions.]”

“It’s no wonder we have these problems,” she said. “We still have social problems now.”

Since relocating to Kangiqsualujjuaq, many families have undergone healing sessions to deal with the sudden changes they were faced with, Annanack said.

A few years ago, a municipal survey found that 40 new homes were needed to accommodate the growing community, Annanack said— a number that has likely gone up since then.

“Nothing has really changed,” she said. “It’s a big problem.”

At Makivik Corp.’s annual general meeting in Kangiqsualujjuaq last April, Annanack asked Makivik and its board of directors to lobby the government to acknowledge the crisis the village suffered.

“I think it’s a situation that calls for action,” she said. “I think [Makivik] needs to lobby the government and remind them.”

Annanack is referring to the NWT government, which then ran the island, which is located at the north-eastern tip of Ungava Bay. Killiniq Island is now part of Nunavut.

Until 1978, Port Burwell was administered by the NWT government from Frobisher Bay, as Iqaluit was then known.

Bryan Pearson, who in the late 1970s served as member for Baffin South in in the NWT legislature , said Killiniq residents chose to leave the island and were offered assistance for relocation.

“They had everything, but they didn’t want to be there,” Pearson said. “We told them ‘If you want to go, we’ll help you.’”

But when asked specifically, Pearson couldn’t say what kind of assistance was offered.

Annanack, who was a municipal councillor at the time, said there was some catch-up housing programs following the relocation, but the new residents of Kangiqsualujjuaq, then known as George River, were not offered any special help.

No known assistance was offered to other Killiniq residents who moved to other Nunavik communities like Tasiujaq, Quaqtaq and Kuujjuaq. Other people moved to Iqaluit.

“I guess the NWT should acknowledge [what they did],” she said. “They closed the nursing station and the school…people had no choice to move.”

Annanack wonders if there’s any way that a separate housing fund can be set up for families who were relocated from Killiniq.

But Makivik has yet to respond to Kangiqsualujjuaq’s request.

Makivik spokesperson Kitty Gordon told Nunatsiaq News that there isn’t anyone at the organization willing to comment on the Killiniq file.

“It was not normal that those relocated families would be included with local families,” Annanack said.

“I thought it would be appropriate that those people were included under a separate funding program. But they were treated like locals instead.”

Annanack is quick to point out that she has never held a grudge against the Killiniq people, who were welcomed into George River when their own community was closed.

“I don’t separate the two groups,” Annanack said. “These families are part of us now.”

One of those families, the Keelans, have called Kangiqsualujjuaq home now for more than 20 years.

Sophie Keelan and her family were among the very last to leave Killiniq in 1978 when the community closed. Her husband, the local co-op manager there, was transferred directly to Iqaluit then.

The Keelans didn’t return to Nunavik until the 1980s, first re-locating to Quaqtaq.

But they craved “home,” Keelan said and, in 1987, the family moved back to the closest place to Killiniq — a makeshift inland settlement about 40 kilometres south of the island, on the Nunavik side of the boundary.

At that time, Makivik carried out a feasibility study to look at moving former Killiniq residents to the new settlement on the mainland, a proposed community called Taqpangajuk.

Under the James Bay and Northern Quebecland claimsagreement, Killiniq residents still have rights to lands there.

Efforts were made to support the move for some of Killiniq’s original families, and the Keelans jumped at the opportunity.

“We wanted to go back because it was close to home,” Keelan said.

The family stayed a year, but the lack of services made it difficult to raise a young family.

The 50 or so residents had to rely on bringing in fuel for their stoves and furnaces because there were no trees in the area.

“Makivik supplied us with some things, but there was no school,” Keelan said. “We had no choice (but) to go back.”

Although it was a decade after the other Killiniq families had re-located, housing was still tight in Kangiqsualujjuaq.

The Keelans stayed with another family for about two months, until they were able to get their own home.

Keelan still thinks fondly of Killiniq, a place where she said “you never went hungry.”

“But this is home now,” Keelan said of Kangiqsualujjuaq. “We have a big family, we have to stick together.”