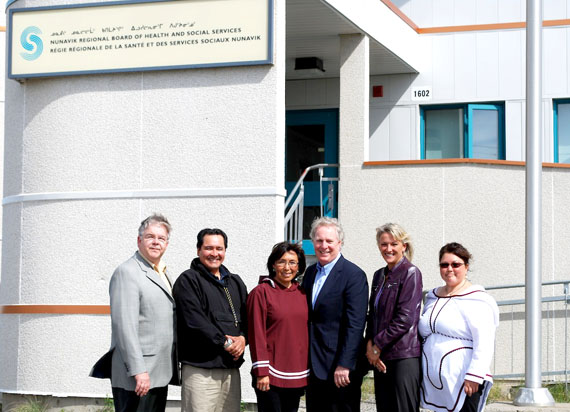 Nunavik will get more than $300 million over the next seven years to pay for upgrades to health care facilities, as part of the Quebec government’s efforts to fight social problems and improve health care in Nunavik, Premier Jean Charest said in Kuujjuaq July 5.

The province and Nunavik’s regional board of health and social services say they have reached an agreement to expand facilities and equipment in the region’s 14 communities over a seven-year period.

Much of the funding will be allotted to the region’s two main health care centres in Kuujjuaq and Puvirnituq, she said, while another $1.5 million will pay for medical equipment across the region.

Argnak said the funding is much-need and very much appreciated.

“We’ve been negotiating on this for about five years now,” she said. “And we pretty much got everything we asked for.”

By the end of the agreement, Charest says investments in health and social services will have boosted the region’s annual budget by nearly 60 per cent, or about $60 million.

An additional $280 million will be doled out over seven years. The strategic plan will be implemented through annual “action plans.”

Corbeil encouraged those in Nunavik to “take charge of their health and well-being.”

Specialized services not available across the region will continue to be made available to Nunavimmiut in Montreal, he said.

The Nunavik health board and the province also agreed on “administrative details” regarding the health board’s financial management and accountability reporting, although they did not provide specific details.