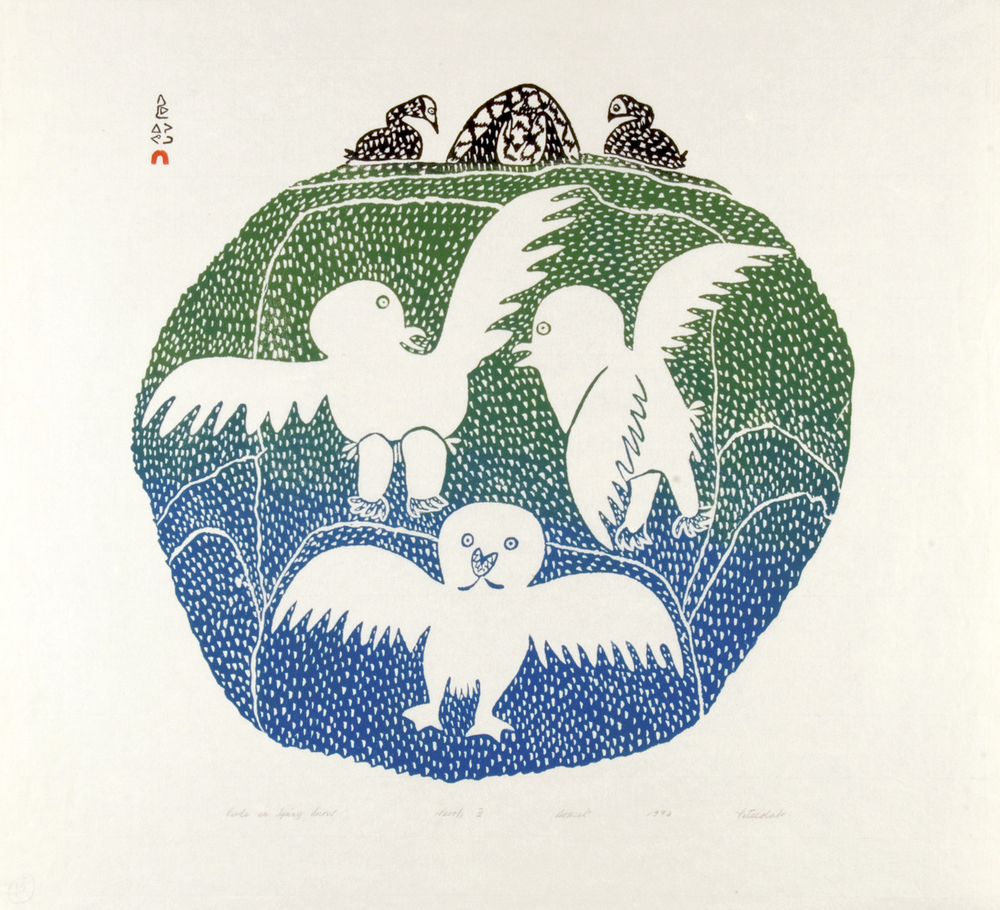 An acclaimed Kinngait artist is on a shortlist of eight Canadians whose image could be featured on the next $5 banknote.

The late graphic artist Pitseolak Ashoona was among the first artists in Kinngait to begin drawing, and among the most prolific, according to Dorset Fine Arts.

Pitseolak produced close to 9,000 drawings during her 20 years in the community, and her prints have appeared in every annual Dorset print collection since 1960. She died in 1983 at the age of 79.

“Her best and most authentic drawings were of the old ‘Eskimo’ ways, a way of life deeply embedded in her memory,” Dorset Fine Arts said in a backgrounder.

Pitseolak was born in 1904 on Nottingham Island in Hudson Strait while her family was en route from Sugluk (now Salluit) to southern Baffin Island. 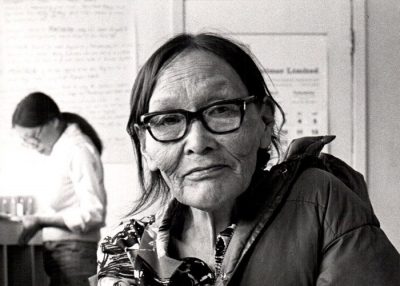 Pitseolak Ashoona is shown here in an undated photo. She was among eight shortlisted to appear on the new $5 bill. (Photo courtesy of Dorset Fine Arts)

Pitseolak spent her childhood in several camps on the south Baffin coast. As a young woman, she married Ashoona and bore 17 children.

After Ashoona died during an epidemic, Pitseolak raised their family on her own, settling permanently in Cape Dorset (now Kinngait) in the early 1960s.

In 1971, the National Film Board produced a film about Pitseolak, Pitseolak: Pictures out of my Life. In 1974, she was elected as a member of the Royal Canadian Academy of Arts, and she received the Order of Canada in 1977.

Others on the shortlist for the $5 bill spot include Terry Fox.

In 1980, with one leg having been amputated due to cancer, Fox embarked on an east-to-west cross-Canada run to raise money and awareness for cancer research.

He died in 1981 at 22, but every year Canadians, including many throughout the North, run in his memory to raise money for cancer research.

The advisory council for the Bank of Canada shortlisted the candidates for the new $5 banknote from more than 600 eligible nominees submitted by Canadians.

In early 2021, Canada’s minister of finance will announce the name of the person whose image will appear on the $5 banknote.

Sir Wilfrid Laurier, the seventh prime minister of Canada, who is on the current $5 banknote, will then be featured on one of Canada’s higher-value banknotes ($50 or $100) when they are redesigned.