“It was something else, and it was mentally exhausting” 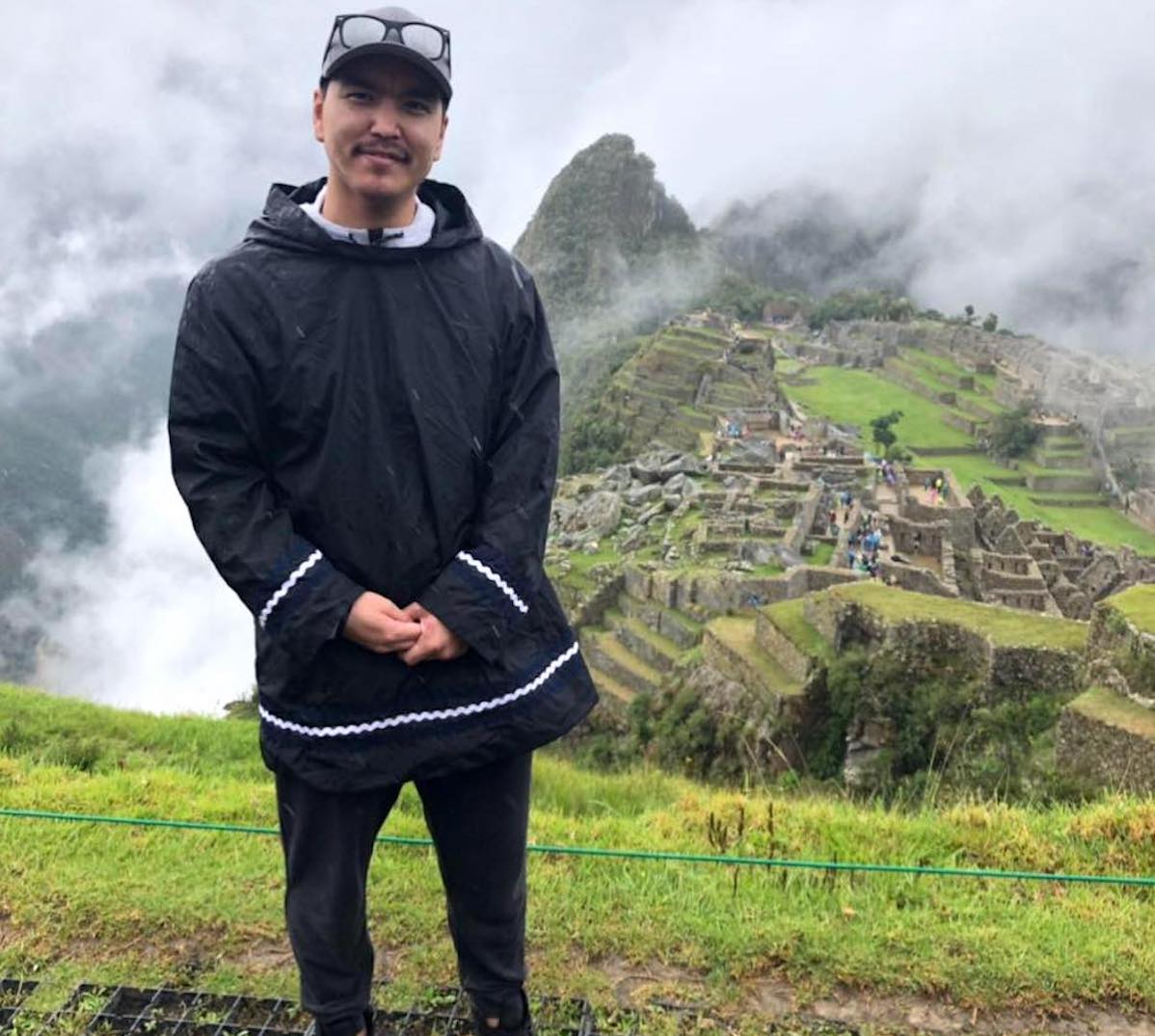 Shelton Nipisar, seen here on a Nunavut Sivuniksavut trip to Peru last year, is now back in his home community of Arviat after a week of self-isolation in Ottawa and then two weeks of quarantine in a Winnipeg “isolation facility.” (File photo)

When Shelton Nipisar stepped off the charter flight that took him back to Arviat from Winnipeg on April 11, his main feeling was one of relief.

“I was so relieved: ‘I am home in Nunavut where there aren’t any viruses,'” he said this week from his home in Arviat.

The first thing that the 25-year-old Nunavut Sivuniksavut student did at home was to put all his clothes into the laundry and then disinfect his bags. He left the bags to air out for three days, to make sure they wouldn’t carry any COVID-19 infection, he said.

Nipisar also stayed home for three days, until after Easter, when he called the local public health worker to make sure that he could go out in the community of about 3,000 without infecting anyone with COVID-19.

And so came to an end Nipsar’s long period of isolation and quarantine, a time during which he said he suffered from extreme anxiety, stress, fear and even recurrent nosebleeds.

Nipisar is one of more than 60 Nunavut post-secondary students who have passed through the now-required two-week quarantine in an “isolation facility” before being allowed to fly to Nunavut.

And it was not an easy time for Nipisar.

By the second week alone in a Winnipeg hotel that served as the isolation facility, Nipisar said he couldn’t tell what day it was. He was sleeping a lot and missing out on the NS courses offered on the videoconferencing service Zoom. Calls from a social worker and counsellor helped, he said.

Three times a day, food appeared at his door: during the first week, meals were just left in front of his door, while during the second week a knock would alert him to the arrival of food.

What Nipisar said he recalls about the first week’s diet is “mostly chicken” and of the second week hamburgers, a “burger and a bun, that’s it.”

Every now and then Nipisar could call a security guard to ask to go out for some air. Sometimes he would call and then wait for a while for the escort to arrive. Once outside, he had to keep his distance from others and the guard would be always be watching, he said.

Nipisar’s lifeline was contact with friends and family on social media.

Meanwhile, he was “trying my best to have a clean environment.”

“It’s because of the population we have here in Arviat, especially with so many kids, so I didn’t want to bring any infection,” he said. 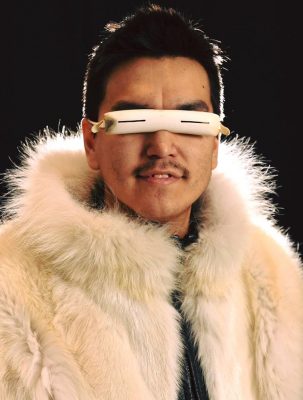 The hardest part of the two-week quarantine was the anxiety it produced, says Shelton Nipisar of Arviat, shown here in traditional googles and a fur parka. (Photo courtesy of Shelton Nipisar)

Before he entered quarantine, he had to sign a “self-isolation agreement,” with 15 restrictive conditions, acknowledging, among other things, that “I will not be permitted to return to Nunavut until I complete fourteen (14) days of isolation at the isolation facility.”

The Government of Nunavut covered the cost of this quarantine in the Winnipeg hotel or isolation facility, which is similar to those in Ottawa, Edmonton and Yellowknife. The cost of a stay at these facilities is estimated to be about $4,000 for the 14 days.

Nipisar’s quarantine period in Winnipeg came after what he called a “scary” trip through the airports of Ottawa and Toronto.

“I was so scared to travel because of the international airport, of being exposed, but the airport was empty,” he said.

That journey to Winnipeg came after he and his three roommates had been in isolation in Ottawa, in their residence for about a week.

On March 19, as concern about COVID-19 started to increase, the GN had told students like Nipisar, who are receiving money for their studies from its Financial Assistance for Nunavut Students or FANS program, to stay put—a decision that the GN changed within days.

“Classes stopped, and we were told to self-isolate for two weeks,” Nipisar said. “We were wondered what to do and why can’t we go home before things rapidly get bad.”

Two of his roommates left for Nunavut on tickets bought by their family, but he and another roommate waited in Ottawa until they finally received the word that the GN would bring them back to Nunavut, by charter.

Finally home in Arviat again,  Nipisar said he has renewed energy for his NS studies.

“I am so relieved. I now have this motivation to finish all my school assignments,” he said.

But Nipisar said he wouldn’t forget the long, hard trip home: “it was something else, and it was mentally exhausting.”

As of April 14, there were still 301 returning Nunavut residents in isolation, the GN said.