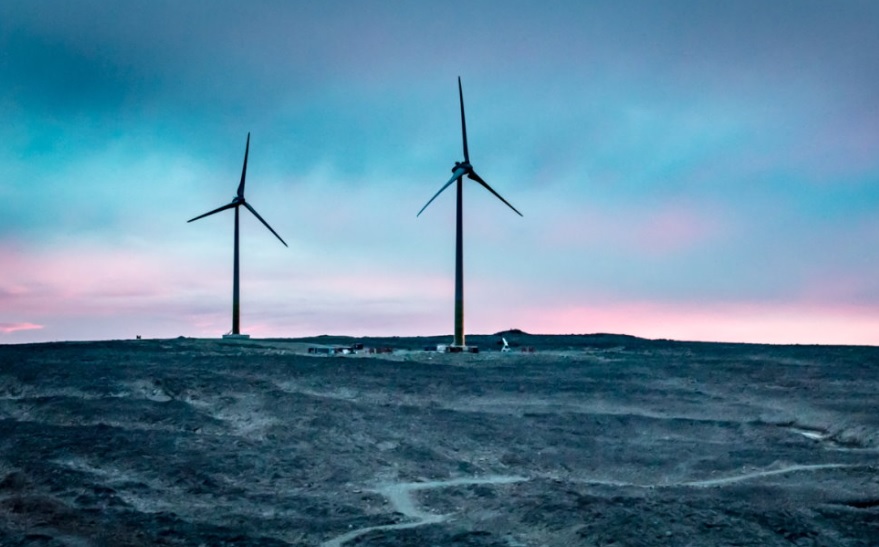 Tugliq Energy Co. operates two three-megawatt turbines at Glencore’s Raglan mine in Nunavik. Now the Quebec company will work with Hiqiniq Energy Corp. to build and operate a wind turbine project at the Hope Bay mine site. (Photo courtesy of Tugliq)

On Thursday, Agnico Eagle announced that it has signed an agreement with a new consortium, made up of Quebec-based Tugliq Energy Co. and Hiqiniq Energy Corp., a subsidiary of the Kitikmeot Corp.

Under the companies’ new memorandum of understanding, Tugliq and Hiqiniq plan to build and operate a wind turbine project at the mine site, selling power to Agnico Eagle for its Hope Bay operations.

“This collaboration will benefit both the company by reducing its greenhouse emissions and energy costs at Hope Bay, and the local community by developing local green-power capacity,” said a news release from Agnico Eagle.

It remains unclear how much energy the wind turbine is expected to produce or how much it will cost to build. Representatives from Agnico Eagle and Tugliq could not be reached for comment Thursday.

The renewable energy initiative is part of Agnico Eagle’s climate-action strategy towards reaching net-zero emissions by 2050, the company said.

Last year, the mining company said its greenhouse gas emissions increased by 11 per cent, to the equivalent of 578,156 tonnes of carbon dioxide, mostly due to increased production at its Nunavut mines.

“Wind energy is quickly evolving, and these new wind turbine models have proven to work well in Arctic conditions,” states the news release.

“Globally, we are at a critical juncture in the climate crisis and we know that the status quo cannot be maintained.”

Tugliq Energy Co. has previous experience harnessing wind energy on Arctic mine sites. The company operates two three-megawatt turbines at Glencore’s Raglan mine in Nunavik. Since 2018, the company said the two turbines have helped displace 4.2 million litres of diesel use at the mine site.

Tugliq and Hiqiniq announced their own partnership on July 22, with the goal “to develop renewable energy projects in the Kitikmeot region of Nunavut.”