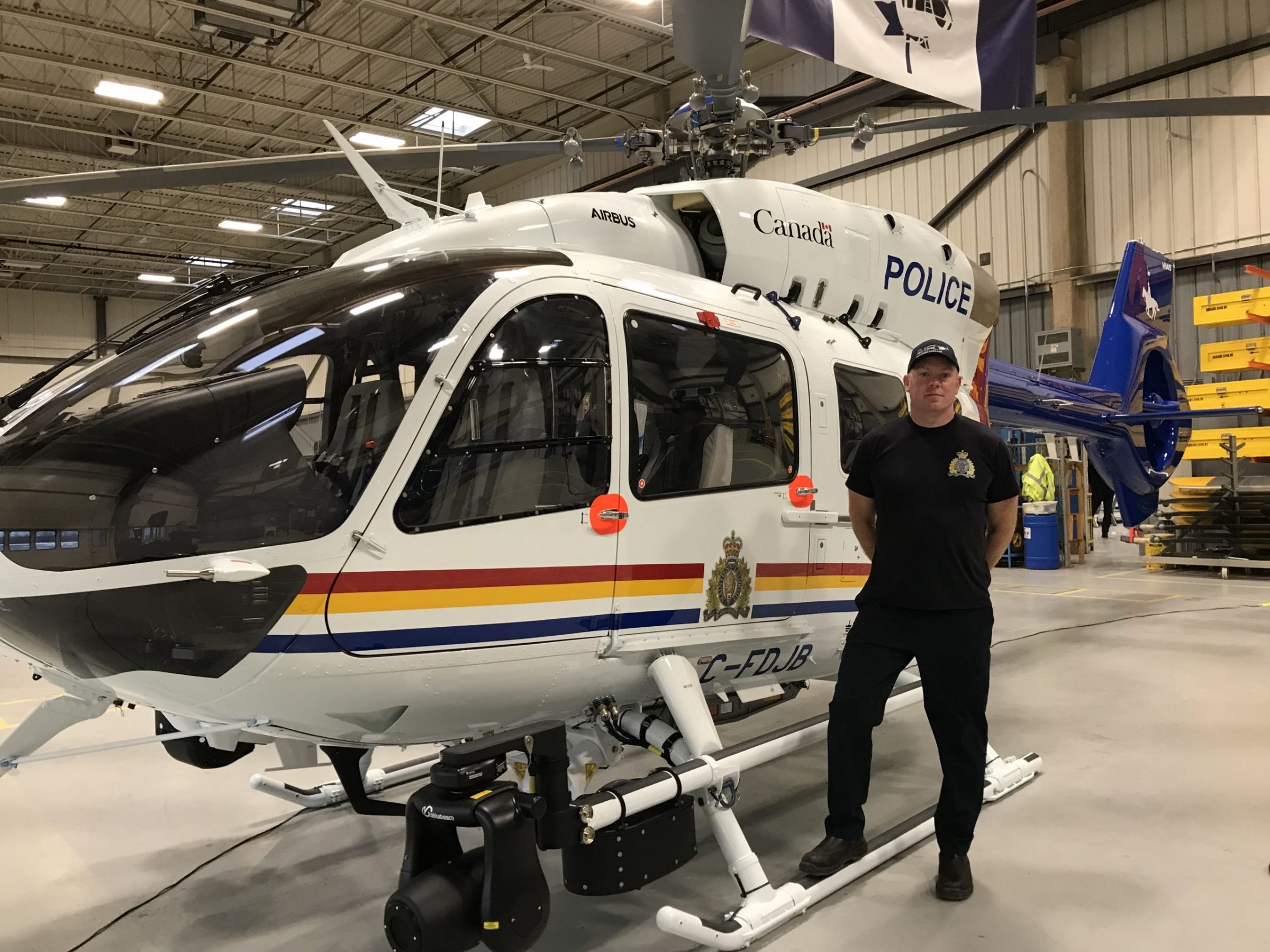 Ten years later, William Ward still remembers the rush of adrenaline he felt when he pulled a hunter out of the freezing water of Frobisher Bay.

“I could see him bobbing up, trying to stay afloat on these gas cans,” he said, recalling the frigid temperatures that day on March 13, 2011. “It was unbelievable.”

The story of how aircraft maintenance engineer Ward and pilot James Kitchen acted quickly to save the lives of two stranded hunters in Nunavut is featured in Canadian Courage, a collection of stories from author Linda Pruessen about ordinary Canadians performing courageous acts.

In “On Thin Ice,” Pruessen details how co-workers Ward and Kitchen were nearing the end of a mission — flying helicopters to Iqaluit for Peregrine Diamonds — when they received an emergency call.

Two hunters, David Alexander and Jimmy Noble Jr., were stranded on an ice floe, hours away from shore near Chapell Inlet. With little time to spare, Ward and Kitchen quickly readied their helicopter for an impromptu rescue mission.

“We had nervous energy,” said Ward. “We were going over what we thought we were going to be embarking on, but we really didn’t know how long those guys were out there or what condition they were in. We were preparing ourselves for the worst.”

When the two men arrived at the scene, they saw Alexander was already partially in the water and floating on jerry cans, while Noble was a little ways off, near his snowmobile.

Strapped to the inside of the helicopter by a harness, Ward walked along the edge of the aircraft skids and leaned over the edge to reach for Alexander’s hand. He recalls how Alexander and Noble were only wearing t-shirts, the tops of their snowsuits rolled down around their waists.

“I just can’t imagine the toughness and the will to hang on from these guys,” said Ward.

The rescue mission was a success, and a few years later, Ward and Kitchen were each honoured with the Governor General’s Decoration of Bravery for their efforts.

A decade after that eventful day, Ward reflected on the rescue mission and the attention he’s received since.

“It’s pretty cool to be featured in one of those great stories,” he said of his inclusion in the book, yet he remains humble about his role in the rescue. “At the time we weren’t really thinking we were doing anything courageous. We were basically just at the right place at the right time, and we had the tools and the ability.”

Ward said while he had never been formally trained in search and rescue techniques, he was able to draw on his training with the Royal Canadian Air Force to follow through on the mission.

“I think military training is some of the best. In those kinds of situations, I think it’s always kind of in the back of your mind, that muscle memory,” he said.

Not long after his mission on Frobisher Bay, Ward and his wife had their first child. Becoming parents marked a turning point when Ward realized he couldn’t keep working on commercial helicopters and leaving home for long periods of time, he said. He still wanted to work in aviation, however, so for the past six years he’s worked with the RCMP, overseeing aircrafts in Fraser Valley, B.C.

“It’s a nice, stable government job — no more travelling and doing crazy things that you wouldn’t normally do,” laughed Ward.

Yet coincidentally, Ward’s new job has given him another opportunity to help with helicopter rescue missions in the future.

“We’re actually about to embark on a new capability and get a rescue hoist on our new helicopter, which is going to basically enable us to do rescues like what we did, but safely,” he said.

“I’m going to be safely on the ground with my maintenance manuals, but it’s going to be cool to be able to provide that to the public,” he said. “We know just how useful a tool these machines are.”