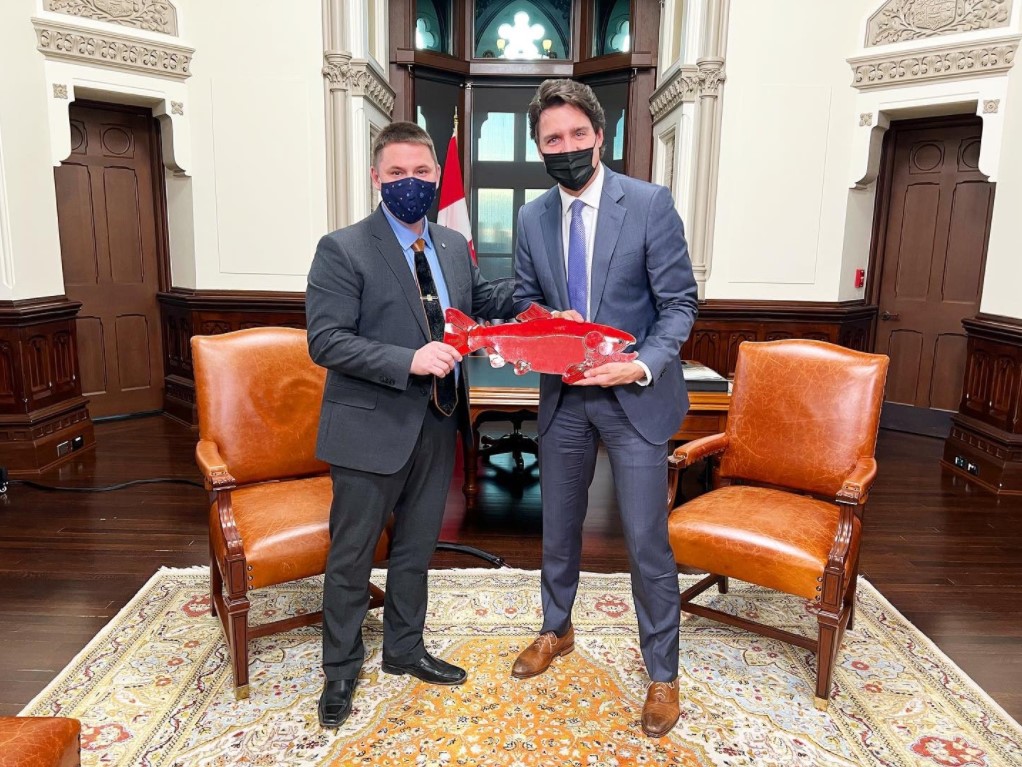 Nunavut Premier P.J. Akeeagok and Prime Minister Justin Trudeau are scheduled to meet in Ottawa on Thursday afternoon. When they met in Trudeau’s office in December, the newly selected premier gave the prime minister a piece of art made by welders in a Cambridge Bay program. (File photo courtesy of P.J. Akeeagok) 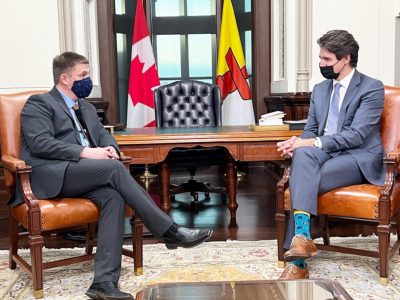 Akeeagok tweeted a picture taken of him presenting the gift to Trudeau before their meeting at Trudeau’s Parliament Hill office.

Akeeagok thanked Trudeau on Twitter for discussing Nunavut’s “key priorities,” including elder care, housing and education, during their meeting.

“Looking forward to continuing the dialogue,” Akeeagok wrote in a tweet.

Both Akeeagok and Trudeau recently won elections. Trudeau’s Liberal party was re-elected to a third term when Canadians went to the polls in September. Akeeagok, a former president of the Qikiqtani Inuit Association, won a seat as an MLA in October, and was then selected premier in October by his fellow MLAs.