City issues reminder to ventilate devices while they are charging 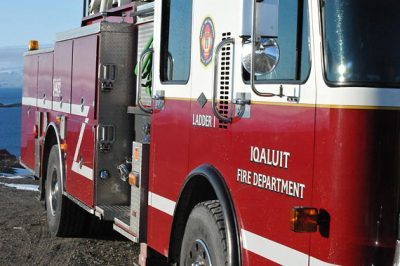 Iqaluit’s emergency services department put out a fire at an apartment in the Plateau subdivision early Tuesday morning. (File photo)

The City of Iqaluit issued a reminder about the importance of ventilating electronic devices while they are being charged after an overheated device caused an apartment fire early Tuesday morning.

City communications manager Lisa Milosavljevic said an overheated device is believed to be the cause of the fire in the 5100 block of the Plateau subdivision.

Batteries in cellphones and tablets store energy and require ventilation to allow heat to dissipate, according to a news release the city issued.

People should not charge devices under a pillow, on a bed, on a couch or in direct sunlight. Cool, hard surfaces are a safer option to reduce fire risk.

Working fire alarms and sprinkler system allowed the tenants to get out quickly and safely.
There were no injuries reported and the tenants were able to return to their home within an hour of the fire.