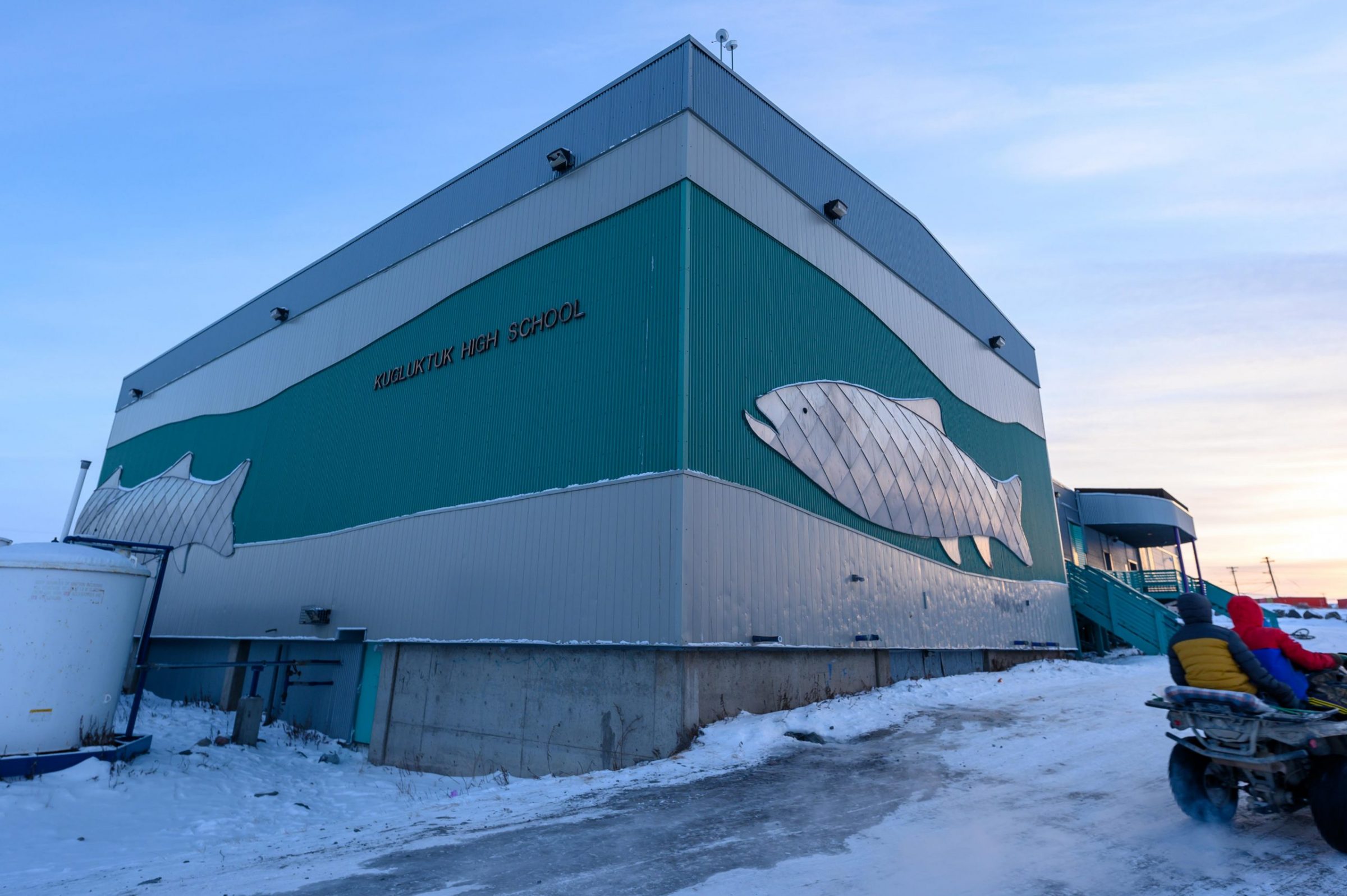 Despite restrictions easing everywhere in Nunavut except in Kugluktuk on Monday, the community’s school is still open at full capacity, making March 14 the first day all the territory’s schools have been cleared to operate at 100 per cent capacity since the Omicron wave of COVID-19 hit the territory. (Photo by Dustin Patar)

All Nunavut students were permitted to attend classes in person on Monday for the first time since the Omicron wave of COVIDC-19 began in December.

The schools in Gjoa Haven and Taloyoak, the last two last two communities where schools had not opened at 100 per cent capacity, were cleared to open up for in-person instruction on Monday.

“The number of active cases of COVID-19 in Gjoa Haven and Taloyoak continues to improve, and it is safe for schools to open to full capacity,” Nunavut’s chief public health officer, Dr. Michael Patterson, said in a news release on Friday.

Nunavut’s education minister, Pamela Gross, said “I want to assure parents and students of Gjoa Haven and Taloyoak that their schools are following strict health and safety protocols so that students can return to class as safely as possible,” in the news release.

Since the Omicron wave hit Nunavut, only 23 per cent of students have been attending class on average, according to figures Education Minister Pamela Gross reported in the legislature last week.

Last week, Patterson announced public health restrictions were set to ease across Nunavut in the coming weeks, with the first changes in place Monday.

But, rules did not ease up for Kugluktuk residents on Monday after all, because of “undue strain” on the community’s health system due to COVID-19, Patterson said.

“We will monitor the situation and reassess easing restrictions in Kugluktuk once we are confident it will not negatively affect health care capacity,” he said in a news release on Thursday.

Restrictions started to ease across the territory on Monday and are scheduled to end on April 11, although Patterson said this depends on how COVID-19 outbreaks in each community progress.

On Monday, restrictions eased in all other communities.

Restaurants and bars can open at 25 people capacity or 25 per cent in Kugluktuk, with no singing or dancing allowed.

The gym capacity is 25 people or 50 per cent capacity, with the same limitations in place for libraries, museums, and galleries.

The area can have 50 people in it, or 50 per cent capacity, with no more than 50 spectators allowed. Team sports are allowed.

Churches are limited to 50 people or 25 per cent capacity, with no singing allowed.

Masks are still mandatory across Nunavut.