‘Kind of like a natural refrigerator … we don’t think it ever froze,’ says researcher 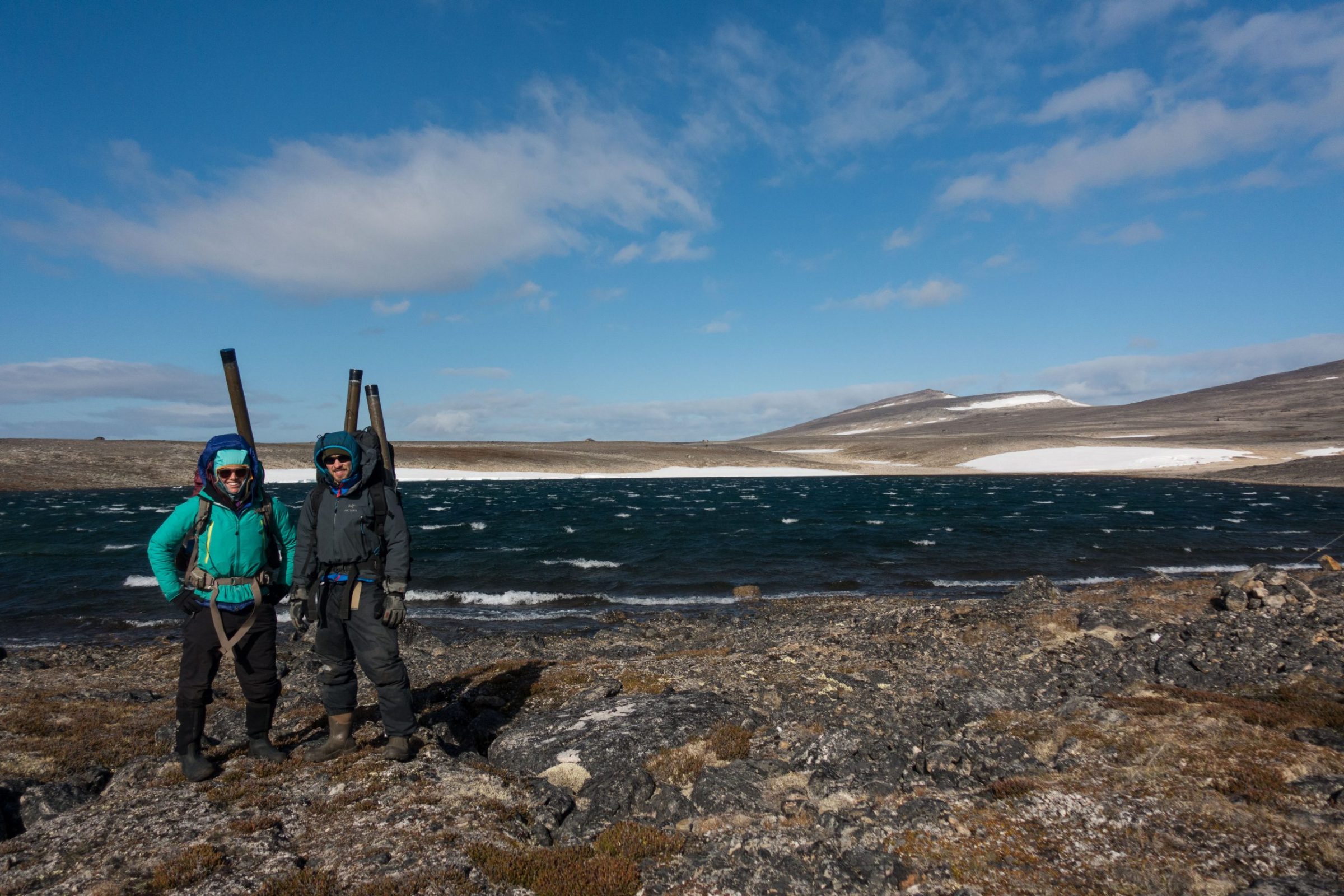 The white snowy landscape of the Arctic was greener over 100,000 years ago and could get there again as the climate warms and plants migrate further north, new research suggests.

Plant DNA taken from soil 10 metres below a lake near Clyde River shows dwarf birch shrubs used to grow up to the northernmost point of Baffin Island, according to research by the University of Colorado Boulder, published on March 30 in the journal Proceeding of the National Academy of Sciences.

About 125,000 years ago, during the last interglacial period, the Arctic was about 5 C warmer than it is now and the shrubs grew 400 kilometres farther north than they do now.

“It really shows us what a different landscape it was during this warmer time.” 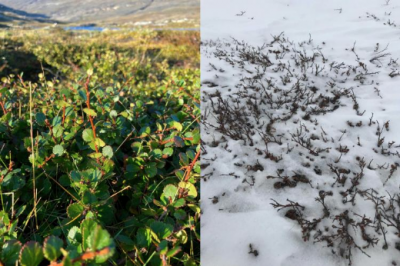 Dwarf birch growing taller and peeking out over the snow could speed up the warming of the environment since the dark coloured plant absorbs more heat from the sun. (Photo by Sarah Crump)

The Arctic could “easily” see a temperature increase of 5 C by the year 2100, a news release from the university stated.

Other research done on ancient beaver fossils from Ellesmere Island last year suggest if global temperatures rise by two or three degrees, the High Arctic could be suitable for beavers to live.

To get the DNA samples, Crump and the other researchers pounded long clear pipes about 10 metres into the ground. When they pulled them back up, they could see all the layers of dirt and sediment from the bottom of the lake.

In a race against the clock before the samples started to degrade, they were sent to an Australian lab that specializes in decoding DNA. There, scientists examined the mud, wearing astronaut-like suits to make sure their own DNA didn’t contaminate the samples.

These samples were some of the oldest from plants to be collected so far, with most other samples being 20,000 to 30,000 years old.

“So this was a pretty big jump back,” said Crump, referring to the DNA she collected from below the Baffin Island lake.

This was possible because the lakes keep the sediment at the bottom very cold consistently without ever freezing, and the bottom of the lake was dark with little oxygen.

“It’s kind of like a natural refrigerator … we don’t think it ever froze,” she said.

This means fresher mud and more intact DNA than what can be found in permafrost. The researchers could even see intact grains of pollen through a microscope, Crump said.

Looking back at what the landscape looked like the last time it was that warm can help predict what’s to come, she said.

Changes in plant life in the Arctic could also speed up the rate of warming. Since the dwarf birch grows tall enough to stick up over the snow, the dark green surfaces would absorb more heat from the sun.

“I think local residents of the Arctic might in their lifetime be able to detect an increase in the existing shrubs,” said Crump, adding it could be in the form of more dwarf birch covering the ground or getting taller.

Dwarf birch wood could be used for fires, and ptarmigan feed on the buds. According to the Canadian Museum of Nature, they used to be used for cooking and for bedding in the Kivalliq and in Nunavik, and have been used to make fishing spears.