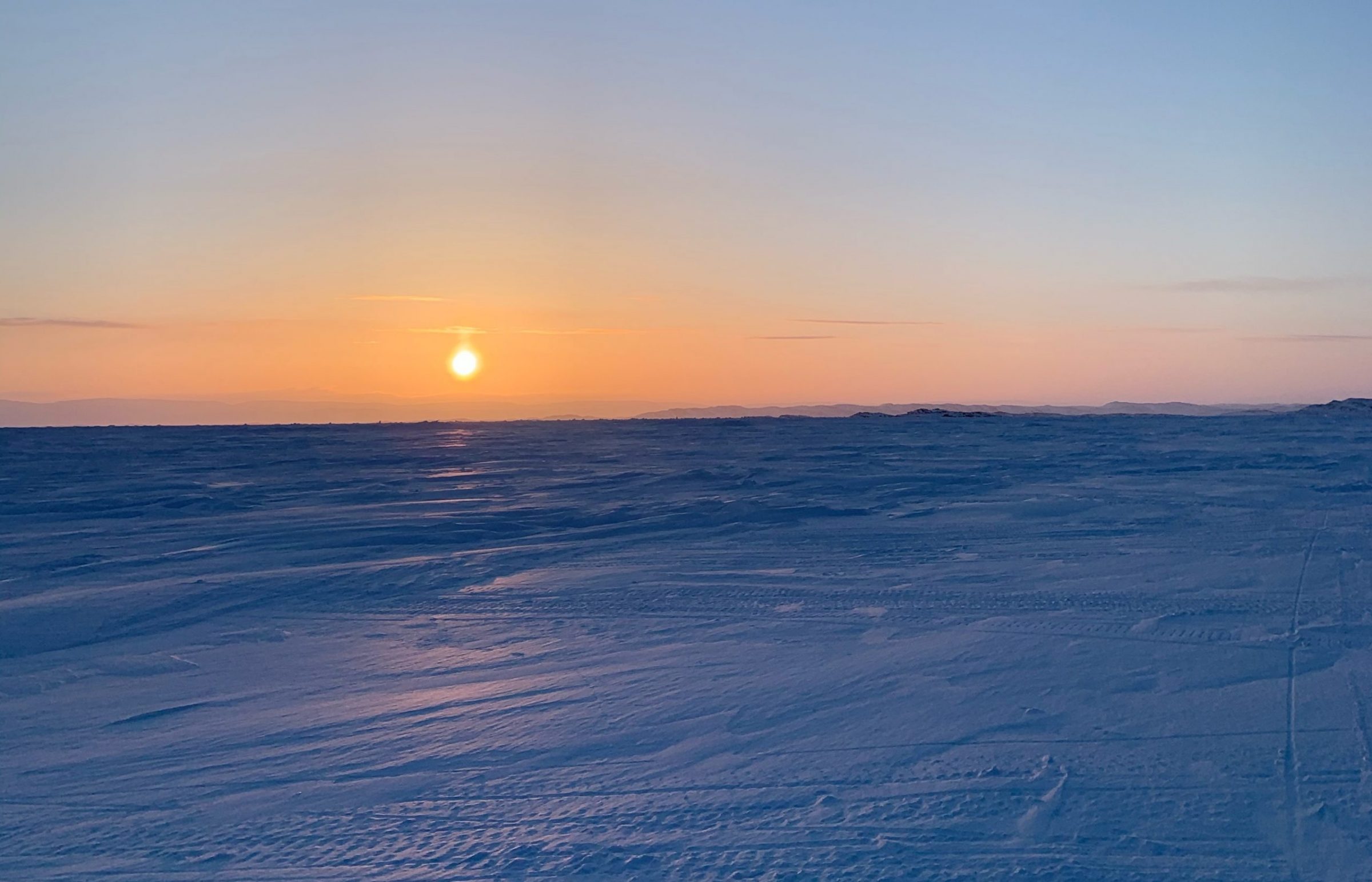 Despite an average sea ice extent in Nunavut, across the Arctic the maximum extent is tied for the seventh-lowest on record. (Photo by Dustin Patar)

Arctic sea ice has reached its maximum extent for the year, peaking at 14.77 million square kilometres on March 21.

According to the National Snow and Ice Data Center, this year’s extent ties it with 2007 as the seventh-lowest in the satellite record.

For Mark Serreze, director of NSIDC, while the maximum extent isn’t that spectacular, it does fit into a trend.

Aside from 2020, every year since 2015 has ranked amongst the 10 lowest maximum Arctic sea ice extents on the satellite record, which began in 1979.

This year’s maximum extent also follows another pattern that Serreze says scientists have seen for a while.

Similar to years past, ice levels are low in the Bering Sea and the Barents Sea.

Meanwhile, in Nunavut, the ice extent is on par with the 1981-2010 average, said Jason Ross, a senior ice forecaster with the Canadian Ice Service.

“The maximum extent of the ice [in Nunavut] doesn’t really vary because it pretty much ices up every year,” he said. 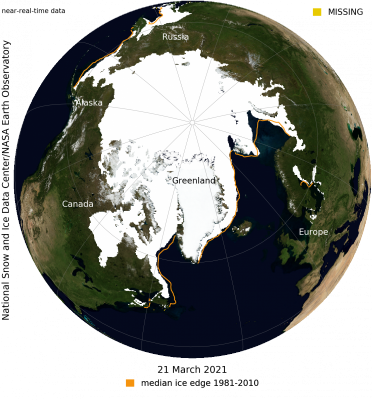 The Arctic sea ice extent for March 21 was 14.77 million square kilometres, tying for the seventh-lowest extent in the satellite record with 2007. The orange line shows the 1981 to 2010 average extent for that day. (Image courtesy of NSIDC/NASA Earth Observatory)

But coastal ice in Hudson Bay, Hudson Strait and around parts of Baffin Island is roughly 20 centimetres thinner than average, Ross said.

This too fits into a trend that Serreze says is inescapable.

“We know the ice is thinner than it used to be and that means that we know, come this summer, we’re going to have a big ice loss,” he said.

“You can’t get away from that anymore.”

“If you start off on a bad footing at the beginning of the melt season, does that put you into a deep hole in the sense that you’re going to have a very low September sea ice extent?” Serreze asked.

“The answer to that seems to be no.”

“The breakup can depend on a lot of things,” he said.

“So it’s a bit too early right now to really get a good idea of if the breakup’s going to be late or early.”

At the beginning of April, NSIDC will release a full analysis of possible causes behind this year’s ice conditions.

The Canadian Ice Service’s first ice breakup forecast is slated to come out in June.