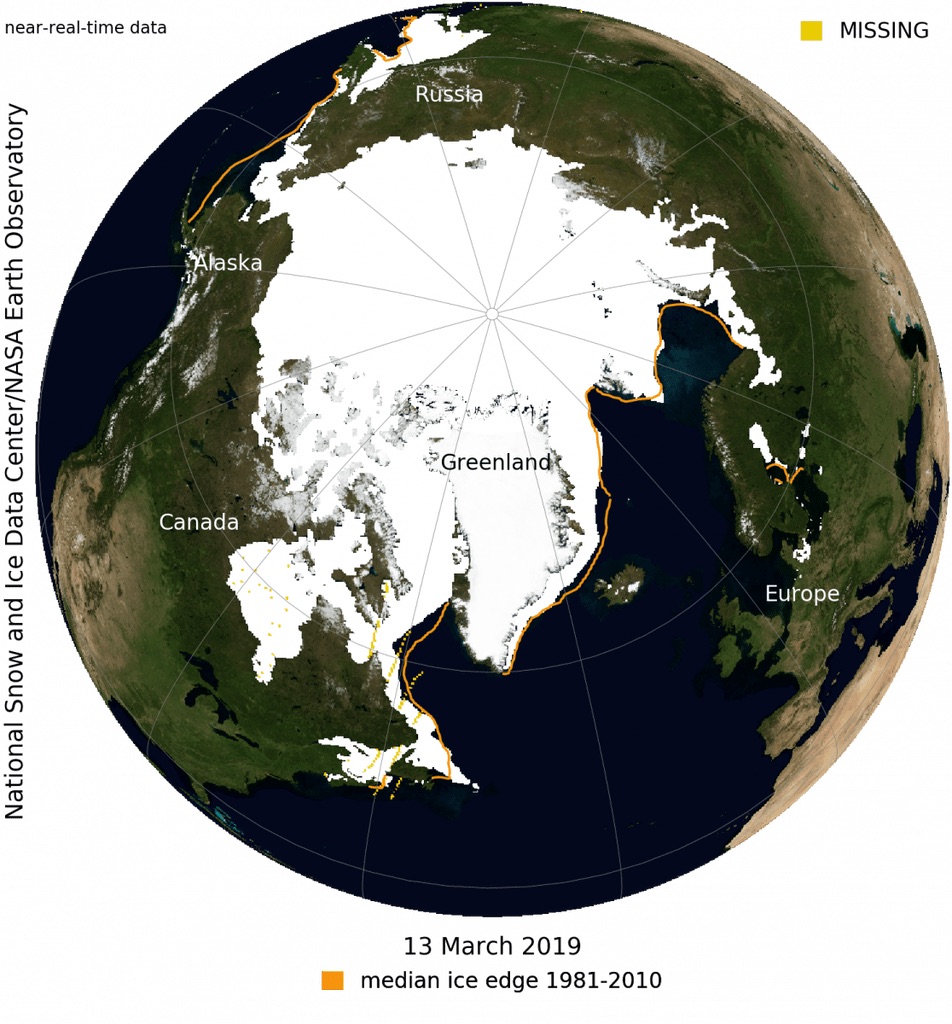 “The last four years have been the lowest in our record”

Arctic sea ice appears to have reached its maximum extent for the year, peaking at 14.78 million square kilometres on March 13. This preliminary maximum is the seventh lowest in the 40-year satellite record, tied with 2007.

Climate change is contributing to rapid changes in Arctic sea ice extents, according to scientists at the National Snow and Ice Data Center in Boulder, Colorado.

“While this is not a record low year for the Arctic sea ice maximum extent, the last four years have been the lowest in our record, reflecting a downward trend in winter sea ice extent,” said NSIDC senior research scientist Walt Meier.

“This is just another indicator of the rapid changes that are occurring in the Arctic due to climate change.”

As well, this year saw a “particularly low extent in the Bering sea, including substantial loss during the month of February,” said an NSIDC news release issued on March 20.

The 10 lowest maximums ever recorded in the last 40 years have all occurred in the past 15 years.

At the beginning of April, NSIDC will make a formal announcement and release a full analysis of possible causes behind this year’s ice conditions.

It will include detailed key highlights and graphics comparing this year with the long-term record.