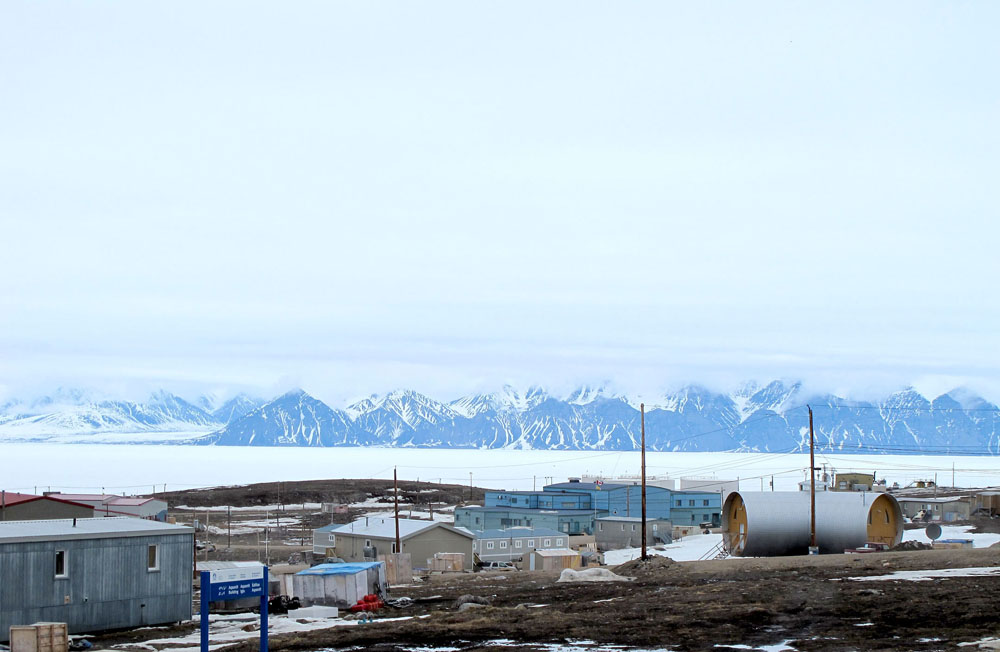 A view of Bylot Island from Pond Inlet. A House of Commons standing committee says that Canada’s claims to Arctic sovereignty should be supported by partnerships with northern governments and Indigenous organizations on infrastructure and economic development. (File photo)

To assert Canadian sovereignty in the Arctic, vigilant defence and foreign policies aren’t enough and Canada must build partnerships with northern governments and peoples, a House of Commons committee recommends in a report released this month.

The report, titled “Nation-Building at Home, Vigilance Beyond,” produced by the Commons standing committee on foreign affairs and international development, was released on April 10 in English and French, along with Inuktitut, Inuinnaqtun, Gwich’in and Dogrib versions of its executive summary and recommendations.

“It was clear to the committee that there is a fundamental desire on the part of northerners for a new era, one defined by collaboration,” the report said.

“That spirit imbues the committee’s recommendations in the chapters that follow on everything from co-management of the Northwest Passage to decision-making about economic development.”

To prepare the report, MPs heard evidence from many witnesses, including representatives from Indigenous organizations, northern territorial and local governments, and businesses, as well as numerous academics and civil servants.

There, they heard widespread dissatisfaction with the quality of infrastructure in the Arctic and with federal policies.

“The absence of needed infrastructure is inhibiting the economic development of the North, perpetuating a sense of precarious isolation, and maintaining the cost of everything at a prohibitively high level,” the report said.

In Cambridge Bay, they heard community leaders talk about their struggles in getting funds to refurbish their community arena, which was built in the 1960s and has become riddled with mould.

And in Inuvik, whose economy has risen and fallen over the years in multiple booms and busts, they heard complaints about the high cost of energy.

“The committee understands that the average home owner pays around $1,000 each month for heating and power in Inuvik. Yet, the area is sitting on trillions of cubic metres of natural gas,” the report said.

And they said that witnesses like Duane Smith, chair of the Inuvialuit Regional Corp, told them that “vibrant economic activity, and government investment that can facilitate the same, is a manifestation of sovereignty.”

The committee also noted the widespread opposition they heard towards Prime Minister Justin Trudeau’s announcement in December 2016 declaring that all offshore Arctic waters should be off limits to development.

“There was a feeling that the decision had been made without consideration for the interests of the people who live and work there. One Indigenous organization received 20 minutes’ notice,” the report said.

At the same time, the foreign affairs committee said it does not have the mandate to delve deeply into social and economic issues.

But for Canada, even foreign policy questions like Arctic sovereignty and the international legal status of the Northwest Passage can’t be addressed without consulting northern governments and Indigenous peoples.

“In choosing to tackle such issues in a report of the foreign affairs committee, a direct line is being drawn between northern and Indigenous empowerment and the assertion of Arctic sovereignty,” the committee said.

The committee makes 27 recommendations in the report, which they hope will influence the new Arctic policy framework the Trudeau government is expected to release soon.

For a full list, see the document embedded at the bottom of this story.

Here are a few examples of what they’re recommending that Canada should do:

• Allocate long-term funding to help pay for the replacement of the North Warning System, as part of continuing talks with the United States on modernizing the NORAD treaty.

• Investigate the feasibility of training Canadian Rangers and Junior Rangers in the use of drones to do surveillance work in the Arctic.

• Review the existing forward operating locations that Canada’s F-18 fighter jets use in the Arctic to determine if they need to be upgraded or if new FOL sites should be created.

• Do more work within NATO to deepen the alliance’s understanding of Russia’s military intentions in the Arctic and to help decide the best response to it.

• Set a target date for completing the mapping of the most frequently used marine corridors in the Canadian Arctic.

On the Arctic Council, Arctic diplomacy

• The next time Canada assumes the two-year chairmanship of the Arctic Council, develop its agenda with permanent participants like the Inuit Circumpolar Council.

• Give stable, long-term funding to Canadian permanent participants at the Arctic Council.

• Respect the rights of Indigenous peoples when resolving sovereignty disputes and applying the United Nations Convention on the Law of the Sea.

• Work with those non-Arctic states that show an interest in Arctic shipping to ensure that shipping does not harm Arctic communities and complies with Canadian laws.

• Consult territorial governments and Indigenous organizations before making decisions that affect the economic development of the North, including the future development of oil and natural gas.

• Work towards greater representation of Inuit in the Canadian Coast Guard.

• Develop a co-management system for Canada’s Arctic waters that would put Inuit into a leadership role, along with Canada. Such a framework would include territorial governments, land claim organizations and the Nunavut Marine Council.

• The federal government must work with territorial governments, Indigenous organizations and Indigenous development corporations to close the infrastructure gap between northern and southern communities, focusing especially on transportation and broadband connectivity.

• When the federal government spends on defence-related infrastructure, they should ensure the greatest possible benefit to northern communities.

• Ensure that research bodies do meaningful consultation with Indigenous communities and people.

Report of House of Commons ... by on Scribd