Circus act performed during a busy weekend in Igloolik; goal is to blend Inuit culture with traditional arts 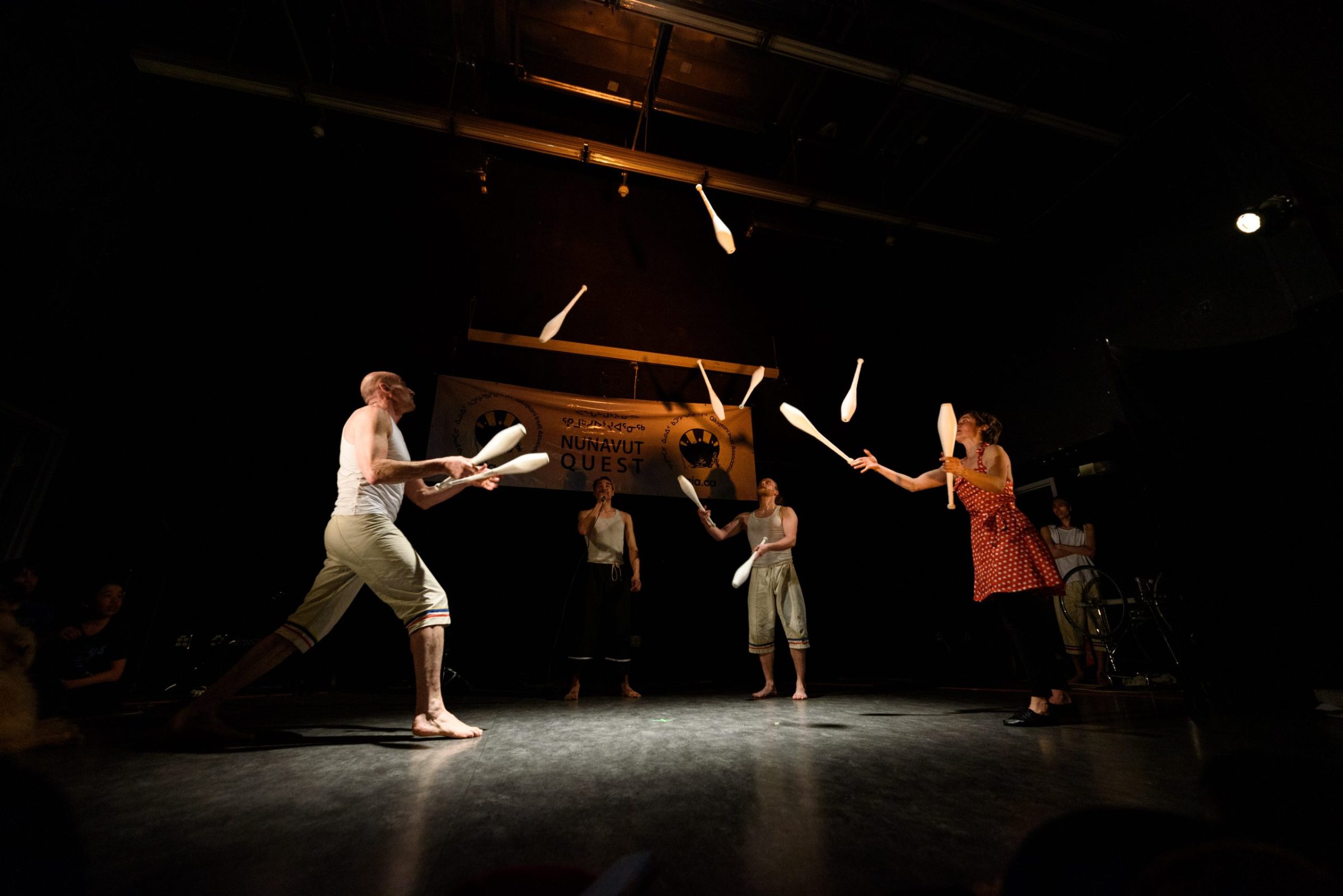 Igloolik’s April 29 circus act featured 16 members entertaining for an hour and a half in front of a packed community hall of about 250 fans.

“It was beautiful,” said Artcirq founder Guillaume Saladin. “It feels so good to be part of [the community gathering.]”

The performers took 10 days to pull it all together. While there were a few hiccups throughout the show, Saladin said the audience and entertainers — eight of whom were performing for the first time, including four-year-old Jessica Arpin — had great energy.

Artcirq is an arts collective based in Igloolik that blends Inuit culture with traditional arts in its performances. Members and youth practise and perform their routines in the Black Box, the collective’s building in the community.

For the past two years, the group had only done small shows for online audiences, and one outdoors in October 2020 as Igloolik residents watched through their windows.

Saladin said that allowed the collective to catch up on a lot of administrative work, since 2019 had been its busiest year.

It also allowed him to spend more time with his family and reflect on where Artcirq should go once lockdown ended. 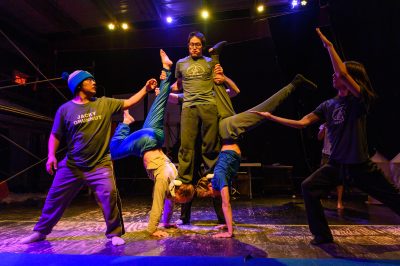 From left to right, Jacky Qrunnut, Gisle Henriet, Jimmy Qamukaq, Keith Irngaut and Jesse James practice their acrobatics at the Black Box in the 10 days leading up to Artcirq’s first live show in Nunavut in more than two years. (Photo by Dustin Patar)

Prior to the pandemic, Artcirq toured both in Canada and internationally. In January 2020, they performed in Western Canada, stopping in British Columbia in Nanaimo and Vancouver, as well as Yellowknife, N.W.T.

This winter, Artcirq travelled to Dubai to perform at Expo 2020.

Saladin said touring takes a lot of time and energy, and over the pandemic the team realized the importance of its impact at the community level.

“Our priority is maybe not to tour the world, but to make sure that the Black Box is a safe space where young people can come train and [have] good experiences,” he said.

Saladin wants to secure more funding so his staff can stay on payroll, invite guest artists to speak with the youth and fix a heating problem in the building that causes Artcirq to shut it down sporadically throughout the winter.

Artcirq has been around for about two decades now.

Several of its youth members who started with the circus early on have grown up to be role models for kids today, such as the musher-musician Terry Uyarak and longtime Artcirq member and Black Box co-ordinator Jimmy Qamukaq.

“It means community, a space where anything is possible. … Where art is the language,” Saladin said.

Artcirq’s show in Igloolik happened during a busy weekend in the hamlet.

All the while, teams from north Baffin Island battled at Igloolik’s Kipsigak Arena for the Qamutik Cup.

Artcirq’s next performance is set for Saturday in Iqaluit at the Franco-Centre.