As Arctic Council chair passes to Russia, ‘we could see a very friendly bear,’ expert says 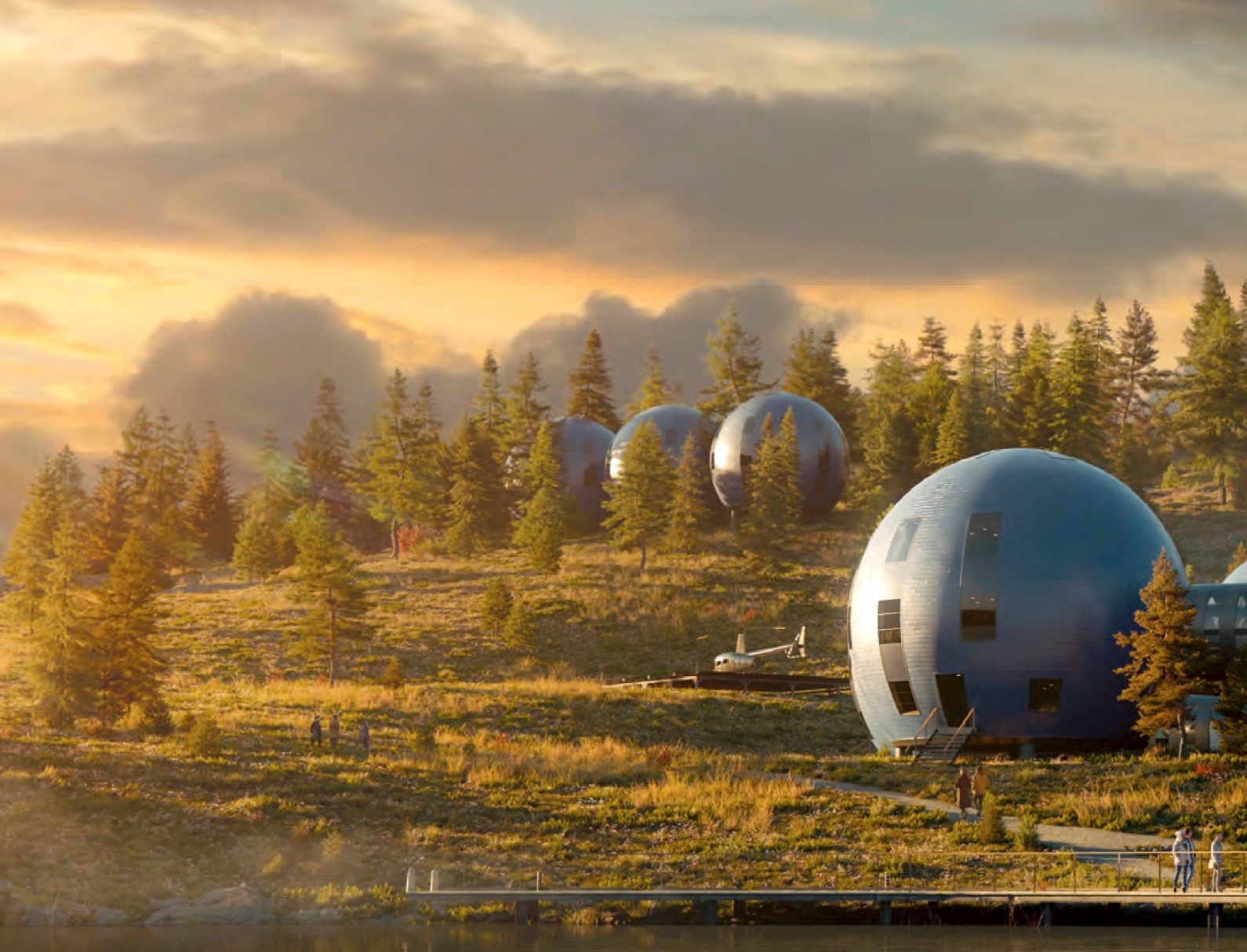 This rendering depicts the Snowflake International Arctic Station that Russia plans to build after it assumes the chairmanship of the Arctic Council this week. Snowflake is intended to be “a hub for energy innovation and cultural exchange” in northwest Russia, the Arctic Council says. (Photo courtesy of the Moscow institute of Physics and Technology)

Whitney Lackenbauer, Canada Research Chair in the study of the Canadian north at Trent University, says turmoil elsewhere in the world should stay out of the Harpa meeting hall.

During their three-hour meeting, ministers responsible for the Arctic, including Canada’s foreign minister, Marc Garneau, will go through a list of the Arctic Council’s priorities and reports from various working groups on issues such as contaminants, oil spill containment and shipping.

They are expected to approve a joint declaration and pass the two-year-long chairmanship of the Arctic Council from Iceland to Russia.

Russia is likely to be on its best behaviour at the meeting and during its chairmanship of the council from 2021 to 2013, Lackenbauer said.

“Russia will be the ‘bear in the chair,’ but we could see a very friendly bear. We won’t see any thrashing out against the West,” he said. “Russia would like nothing more than to encourage nations like the U.S. to end their economic sanctions on Russia, which date back to their unlawful behaviour in Ukraine.”

But while Russia is likely to remain a friendly player in the Arctic Council, that does not change the reality that it has behaved outside the council in ways that have been more adversarial than friendly, Lackenbauer said.

“That’s the challenge for Canada,” he said. “That we can continue to embrace the spirit of co-operation without undermining our principled stand against Russia elsewhere in the world. Doing this will be a considerable achievement.”

As chair of the Arctic Council, Russia plans to focus on societal challenges in Russia’s north and invigorating the Arctic Economic Council.

The economic council was also promoted by Leona Aglukkaq, as Arctic minister during Canada’s chairmanship from 2013-15.

“But it really hasn’t taken root, so Canada and Russia should find common ground to work together,” Lackenbauer said.

The upcoming meeting is unlikely to see conflicts created by U.S. representatives, as it did in 2019, when the secretary of state, Mike Pompeo, opposed any joint declaration about the need for action on climate change.

That prompted harsh criticism from the Inuit Circumpolar Council, one of six Indigenous permanent participants on the council, which called the U.S. position “a moral failure.”

Russian Prime Minister Mikhail Mishustin has approved a plan for Russia’s chairmanship aimed at maintaining peace, stability and cooperation in the region, the Russian government said on Saturday.

“As chair of the Arctic council and all of the other activities which go along with this, this is really a great moment for Russia to try to promote a very positive face of what it’s doing in the Arctic,” Lackenbauer said.

Most events will take place in Russia’s northern cities: Yakutsk, Salekhard, Murmansk, Arkhangelsk and Syktyvkar, as well as Arctic Norway.

Plans also include the construction of the Snowflake International Arctic Station, a year-round research station on Russia’s Yamal Peninsula, in the Russian Arctic east of Scandinavia, which is expected to be fully powered by renewable energy.

Besides being a hub for international innovations, Snowflake will also serve as “a place of encounter between Indigenous peoples and visitors to the research station,” said the Arctic Council in Pathways, a publication celebrating its 25th anniversary.